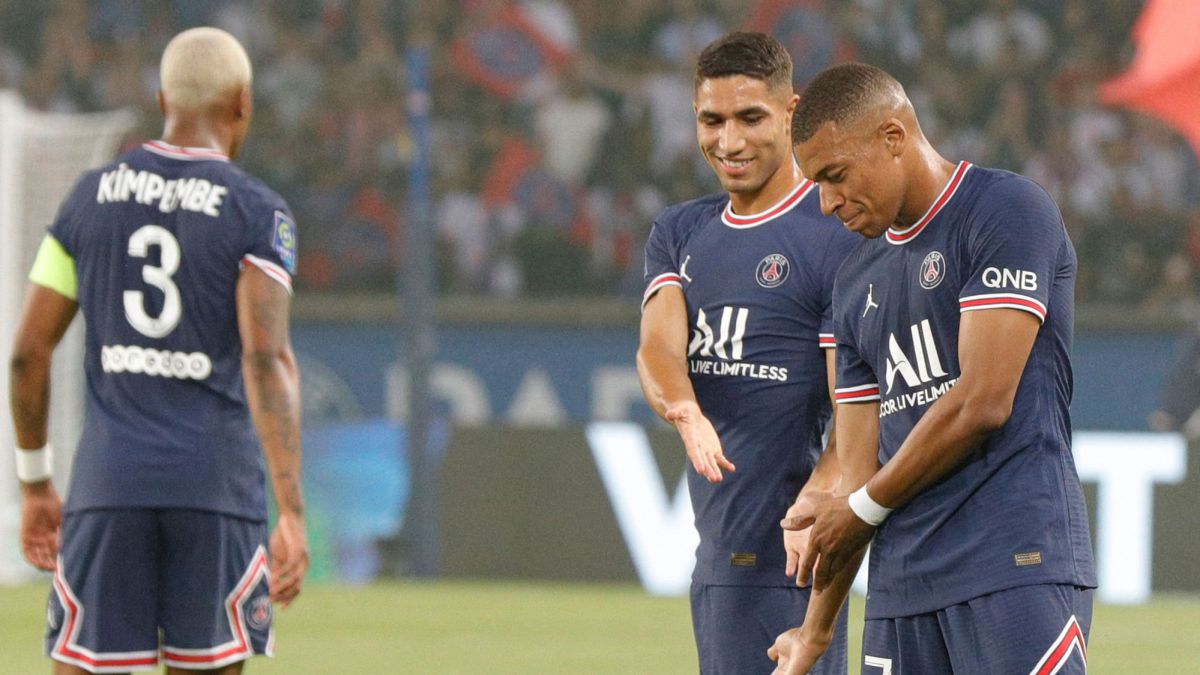 PSG, without practically half the starting team, beat a tough Strasbourg 4-2 that was about to scare Mauricio Pochettino. The Parisians went to rest with 3-0 ahead, an advantage that seemed definitive, but that was close to disappearing in the second half to forget about the locals. Mbappé, whistled before the match, turned the boos into applause after being involved in two of his team’s four goals. Icardi, Ajorque in own door, Draxler and Sarabia were the scorers of the premises and, on the part of Strasbourg, Gameiro, precisely a former PSG player, made up the result.

After having spectacularly presented Messi and Ramos in one of the most spectacular presentations ever remembered, joined by the whistles of Mbappé in the middle of the announcement of his name in the eleven, PSG sought to sleep as a solo leader of Ligue 1 against Strasbourg. Mbappé started with Icardi in attack and the team was practically the same team that beat Troyes 1-2 last week.

PSG took just two minutes to get ahead on the scoreboard. Icardi took advantage of a fantastic cross from Diallo on the left wing to finish off with a header. and make the first of the match, completely breaking Strasbourg’s initial plan to defend with five defenders. Those of Stephan, however, advanced lines and got to have some occasion, but without bothering Keylor Navas.

Just at the best moment of the match for the Alsatians, bad luck took their toll. Mbappé, who transformed the timid whistles at the start into applause in seconds, made it 2-0 in a shot that Ajorque, a Strasbourg forward, deflected to his own goal. In the same play of the kickoff, PSG sentenced the match through Draxler, who had been key in the goal with a steal from Kevin Gameiro avoiding the counterattack and that gave Pochettino reasons to be important. By the way, the goal came after a great play by Mbappé.

In the second half, Strasbourg advanced lines and PSG, despite having Mbappé’s boots 4-0, began to get carried away by the situation of the match. Kevin Gameiro, a starter for the first time today with his new team, appealed to the former law and reduced distances from the head after a great cross on the right wing. PSG did not react to the goal against and decided to give possession to his rival, who again surprised in a play traced to that of the first goal, but with different protagonists. Lienard assisted Ajorque, who, like Gameiro, anticipated Kimpembe head on and put even more emotion in the match.

The match became very interesting with the second visitor goal and Stephan gave entry to Diallo and Waris to try to have more freshness in the final meters and make the PSG defense suffer. Strasbourg’s hopes were dashed after the expulsion of Dijku, who saw two yellow cards in just five minutes and it was practically a relief for PSG, who already feared a possible tie on the scoreboard and who increased their income with three minutes remaining. Sarabia took advantage of a large assist from Mbappé after an impressive change of pace from the French international, omnipresent throughout the game.