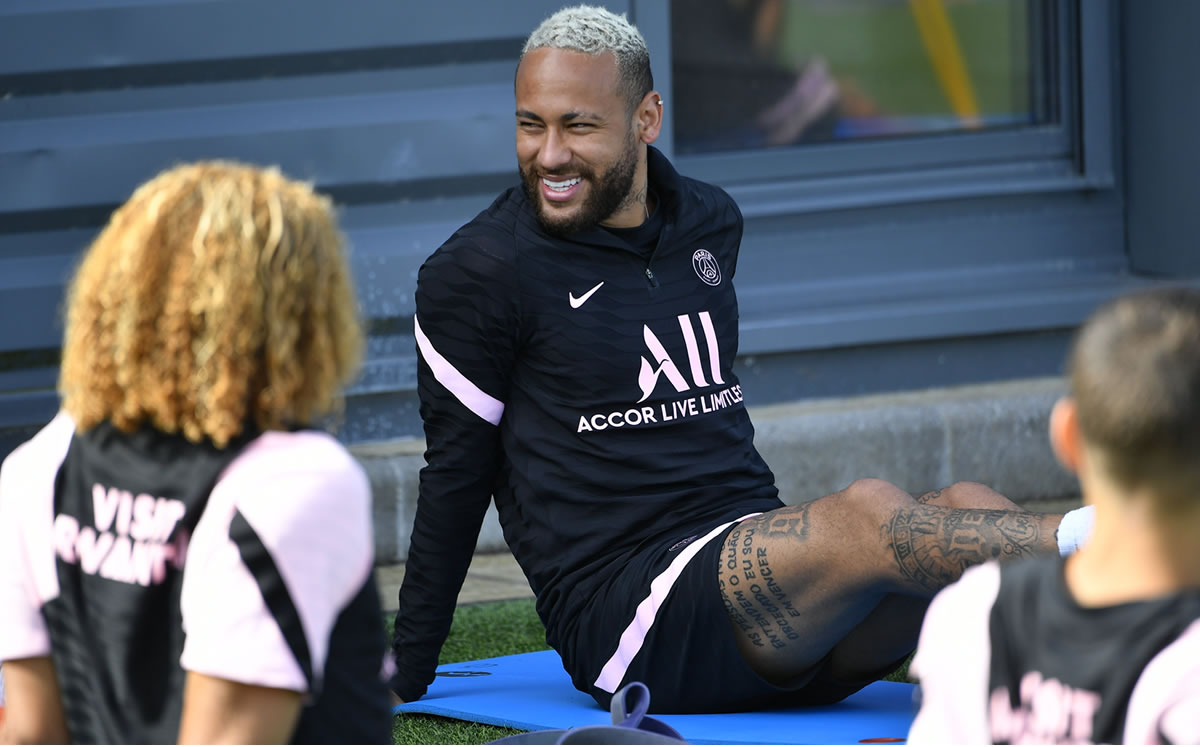 The complicity that there was this Friday in the first open training of Messi at PSG reflected his good integration with his new team, where he could be seen laughing with Neymar and close to the rest of the group, in which he is accompanied by compatriots such as Walls or Di Maria.

Messi had already contacted yesterday with his new pitch in Saint Germain in Laye behind closed doors, but the club today opened this practice to the press, which brought together 60 accredited journalists.

The Argentine international was seen in the warm-up between Neymar and Mbappé, and in the later rondo also close, among others, of Ander Herrera. In the exchanges between all the PSG players, you could hear both French and Spanish.

The press had been asked to health certificate to gain access to the venue, but fans were not allowed to enter.

At the beginning there were about twenty fans at the entrance of the installation, mostly young people, and also families with children.

Among those followers, the Spanish Rosa González. “We had taken a few days of vacation and it just coincided with the Messi signing. If we can see it, delighted with life. Let’s see if it shows up around here and gives us joy. For us it is the best player of the world “, indicated the” culé “.

The training ground of the PSG, christened Ooredoo in 2013, it is about 23 kilometers from the French capital.

With the arrival of Messi to the club, and except for last minute movements before the end of the market the August 31, the Parisian group is already complete.

Sergio Ramos, who joined the past July 8 for two seasons, until June 2023, He did not train this Friday with the rest because he continues with muscular discomfort in the soleus of the Left thigh.

“The new galactics”, headlines today on the cover of the newspaper L’Équipe, for those who with the trident Messi-Neymar-Mbappé PSG reminds Real Madrid of the early 2000s, with Zidane, Ronaldo and Beckham at the helm.

Mbappé has a contract until 2022 and has not yet renewed, although according to the president of the PSG, Nasser Al-Khelaïfi, now that you have a competitive team at your disposal “there is no excuse” so that it doesn’t.

The Argentine forward had been presented this Wednesday as a new player and in that first appearance before the press, he said he was very excited to return to training and to start this new stage, after having spent 17 seasons in the Barcelona.

The Parisian fans are also impatient. Even before his transfer was confirmed he waited for him at the airport, he also went to the field when he landed in Paris on Tuesday and sold out his shirt, with the number 30, in the first hours of sale.

The PSG will face Strasbourg this Saturday. On the first league match, on August 7, the club began its journey in the 2021-2022 season of the French Ligue 1 with a hard-fought victory with a 1-2 comeback against the newly promoted Troyes.