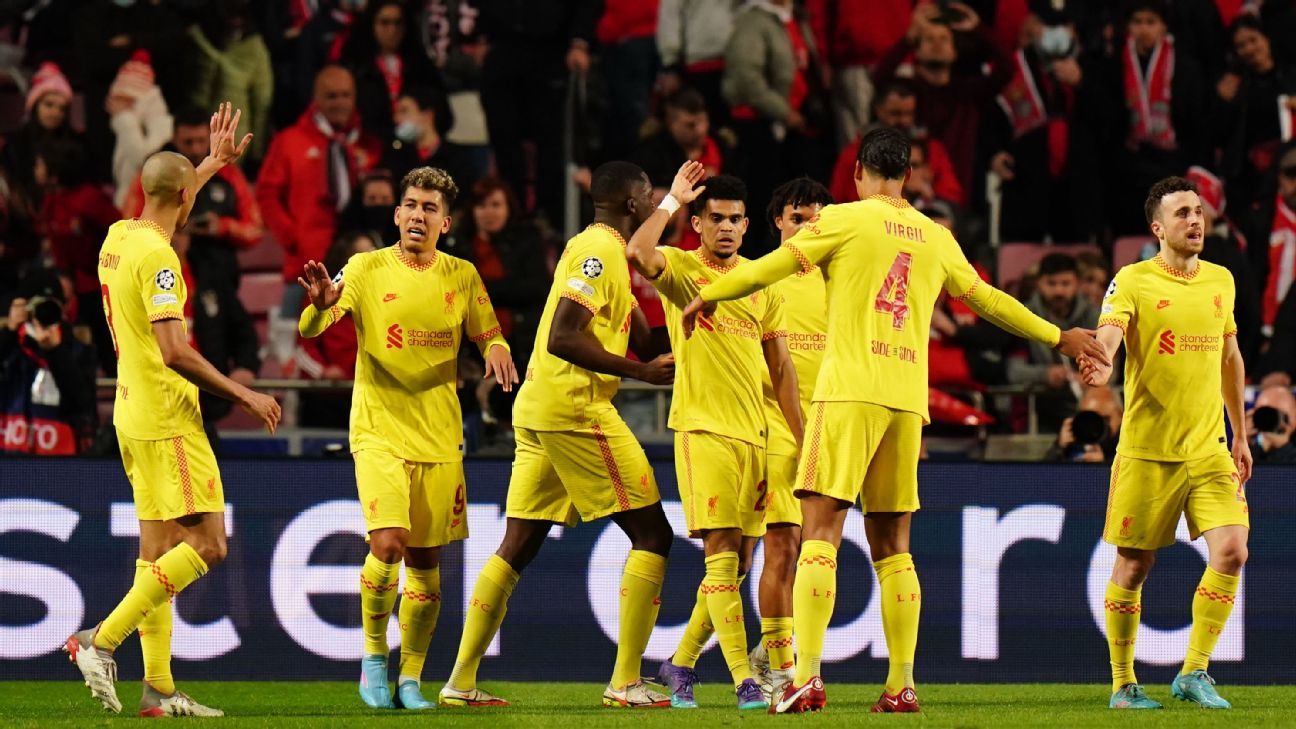 The quarterfinal round of the Champions League and two of the representatives of the Premier League They have taken an important step towards the next phase of the most important competition in the world at club level.

In Manchester, Kevin de Bruyne scored the only goal of the first leg to give the City a 1-0 victory over Atletico Madrid.

After 70 minutes of a tight duel, the City finally found a way to break the solid colchonera defense, thanks to the field vision of Phil Foden.

Just 79 seconds after entering, Foden advanced a ball that De Bruyne caught up to define low and with almost no angle of shot.

As he City As the Athletic have reached the end of the Champions League but without ever winning it.

Meanwhile, in Portugal, it had to be Luis Díaz who left the benfica.

Back on Portuguese soil, Díaz assisted in a goal and then sentenced in the 87th minute so that Liverpool beat Tuesday 3-1 to benfica in the first leg.

The Colombian attacker played with Porto, the classic rival of benficauntil he signed with Liverpool in January, therefore he was the player whom the fans at the Estádio da Luz least wanted to see celebrating.

But he did, scoring a third goal that could be crucial for the English club.

Enabled by a pass from Naby Keita that managed to be deflected, Díaz dribbled past the goalkeeper and finished off with an empty goal, giving himself the pleasure of celebrating in front of the fans of benfica.

Hissed every time he touched the ball, Díaz was also a participant in the second goal of Liverpool. He tamed a brilliant through ball from Trent Alexander-Arnold and gave up Sadio Mané for his teammate to finish from close range in the 34th.

Liverpool opened the account at 17 through Ibrahima Konaté after a corner kick. It was the central defender’s first goal for the club.

Benfica could well have gone into the break with a worse result, but they improved in the second half and the Uruguayan Darwin Núñez capitalized on a mistake by Konaté for stoppage time at 49.

There were some moments of danger for Liverpool. In one, the Brazilian goalkeeper Alisson Becker was almost stripped of the ball on the edge of his box by Rafa Silva, before Díaz’s shot guaranteed Jürgen Klopp’s team their fifth straight win in the various competitions in which they participate.

Klopp’s team hit another hurdle in their quest for unprecedented poker titles this season, approaching the semi-finals in Europe. They have already won the English League Cup, reached the FA Cup semi-finals and are a point behind leaders City in the Premier League.