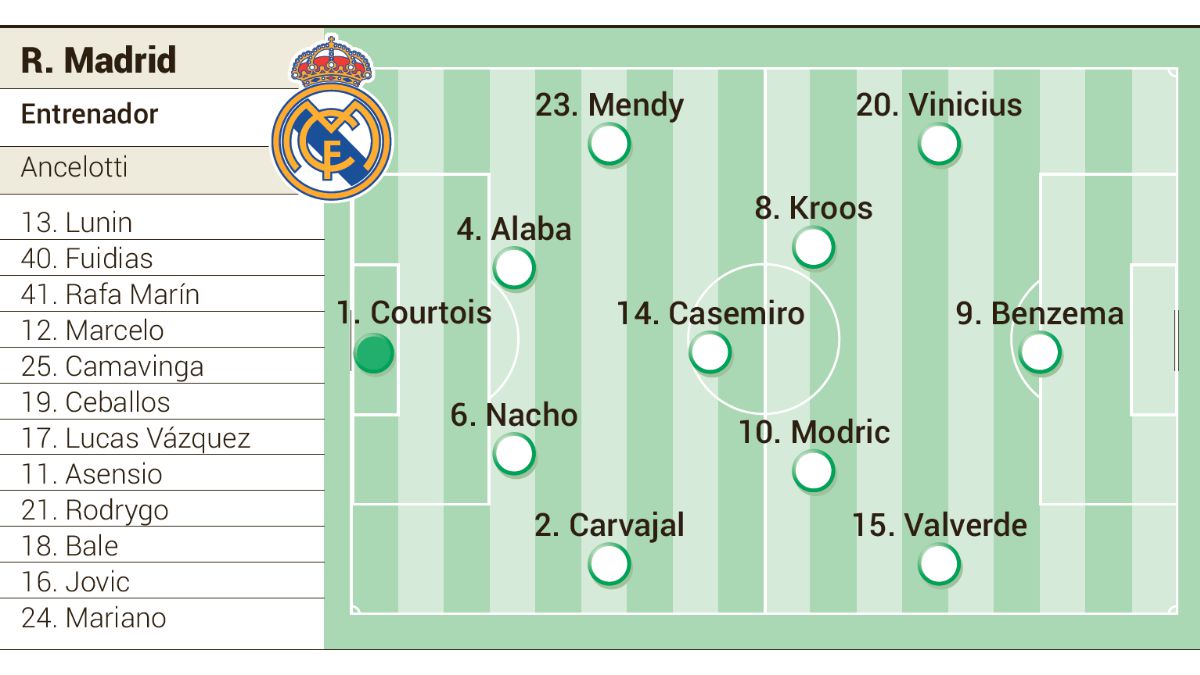 Real Madrid and Chelsea star at the Bernabéu in the second round of their quarter-final tie. A cross that the whites left on track with their victory (1-3) at Stamford Bridge thanks to a new hat trick by Benzema. six days later, the whites must seal their ticket to the semi-finals in a game in which Ancelotti will be able to count on practically the same team that got those two goal lead in London.

Follow the last hour of Real Madrid – Chelsea live and direct through AS.com.

Only one of the casualties that the coach has affects his eleven. Nacho will form a pair of central defenders along with Alaba, since Militao must serve a penalty match after seeing the third yellow card in London with which the cycle of cards in the Champions League is completed. A rule that Real Madrid will no longer suffer in the remainder of the Champions League. No white player is ready for the match against Chelsea and after these quarterfinals the cards are cleared.

In addition to Militao’s, Carletto has three casualties. Hazard continues to recover after the operation he underwent a few days ago to remove the plate he had on his right fibula. Isco did not train due to pharyngitis and Vallejo fell off the list after testing positive for COVID. Ancelotti completed the call with the call of Rafa Marín, central defender of Castilla.

With that one change of Nacho in place of the suspended Militao, Ancelotti will make up the starting lineup with: Courtois; Carvajal, Nacho, Alaba, Mendy; Modric, Casemiro, Kroos; Valverde, Benzema and Vinicius. On the bench for the five possible substitutions (the coaches would have a sixth if the game went into extra time), will be: Lunin, Fuidias, Rafa Marín, Marcelo, Camavinga, Ceballos, Lucas Vázquez, Asensio, Rodrygo, Bale, Jovic and Mariano.

Possible starting team of Chelsea at the Bernabéu