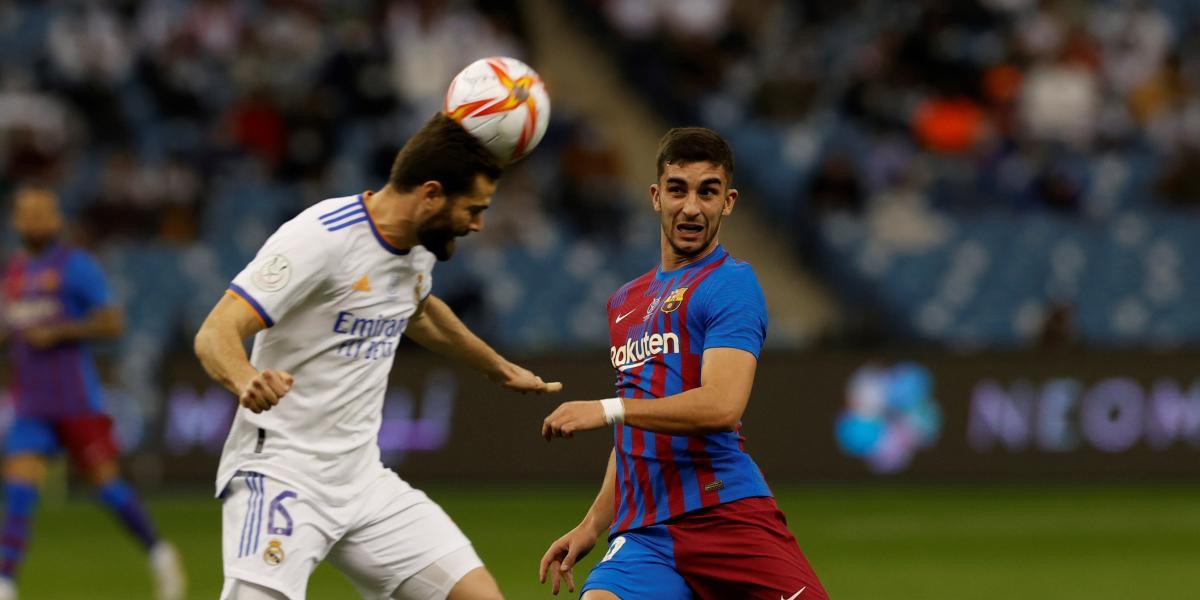 “It has been an honor to debut with him. FC Barcelona. Now it’s time to work very hard and keep improving. This is just the beginning”. Fernando Torres He positively valued his debut as a Barça player on social networks more for the fact itself, as the beginning of an exciting stage at 21, than for his performance. He only played the first part of the Classic at the King Fahd in Riyadh and was barely able to show some details of his enormous quality.

Logically, he suffered from inactivity after three months off due to the fracture in the right instep that he suffered on October 10 with Spain in the final of the Nations League against France. And it didn’t help him not to have been able to train with the group in the last week because of the Covid-19 that he overcame on the eve of the Barca-Real Madrid.

In this context, and against a rival like Real Madrid who arrived more prepared and with more confidence, his debut was not easy. Xavi Hernandez his starting card was played on the right of the attack despite his lack of rhythm and his lack of rapport with his new teammates. It didn’t go well, perhaps also because Barça in the first half played with “complexes”, as the coach admitted. Possibly he would have had more influence going into the 45th or 60th minute, with the team looser and more determined, but the course of the match could not have been predicted.

Cold stats aside, the best thing he ever did Ferran Torres were the diagonals to the back of Mendy. He timed the times well so as not to fall offside and twice received deep passes that, with little angle and at the first touch, he tried to place in the small area looking for Luuk de Jong. a center of Sergio Busquets lowered it well, but he cleared a Madrid defender. And in another of Dembele He did not hit with the hit and it went out in semi-miss. It was the closest thing to a shot he did, the two times he was closest to the goal of Courtois. He also arrived well headed to a center of Dembele from the left, but Luuk de Jong He anticipated him and finished off before with little danger.

The former Manchester City player touched the ball 17 times in the 45 minutes he played. He gave six good passes to Dani Alves (3), Gavi (2) and Luuk de Jong (1) and received ten of Alves (2), Gavi (2), Luuk (2), Araujo, Busquets, Dembélé and Ter Stegen. He recovered two balls in a generous high pressure that cost Mendy a yellow card for holding. It was the only fault he committed. He did not provoke any and completed the only dribble he tried, although he lost five balls.

It was not the ideal start, due to his limited participation in the game and the 2-3 defeat in extra time in the semifinal of the Spanish Super Cup, but as he himself said towers“You have to work very hard.” It will. The best is yet to come.

Positive details of Ferran Torres after a three-month inactivity