The Qatar World Cup 2022 it’s already running. Beyond the knockout process that started a couple of years ago in different parts of the football world, with the World Cup draw the stage was completed that most of the qualified teams were waiting after taking out their ticket.

Something similar happened to Polandwho after beating Sweden in one of the UEFA playoff finals, secured his participation in a new World Cup edition and dreams of making history hand in hand with Robert Lewandowski. Protagonist of Pot 3 alongside Senegal as two of the national teams most wanted to avoid, the team led by Czeslaw Michniewicz finally fell into Group C that heads the Argentina from Leo Messi and who will also have as rivals Mexico and Saudi Arabia.

A few minutes after learning that they would face the Argentine team, from the social networks of the Polish team they wrote a particular publication in which they used a gif (animated video) that shows Messi taking his face after the elimination against France in the 2018 World Cup in Russia.

“When you know that a lot of work awaits you with Kamil Glik and Jacek Góralski…”, they wrote on the official Twitter account of the Polish national team. Whose names did they choose? The first is a defender with a past in the French Monaco and who played for several clubs in Italian soccer Serie A and who today plays for Benevento. The second is that of one of the usual central midfielders who plays for FC Kairat Almaty, in the Kazakhstan league. 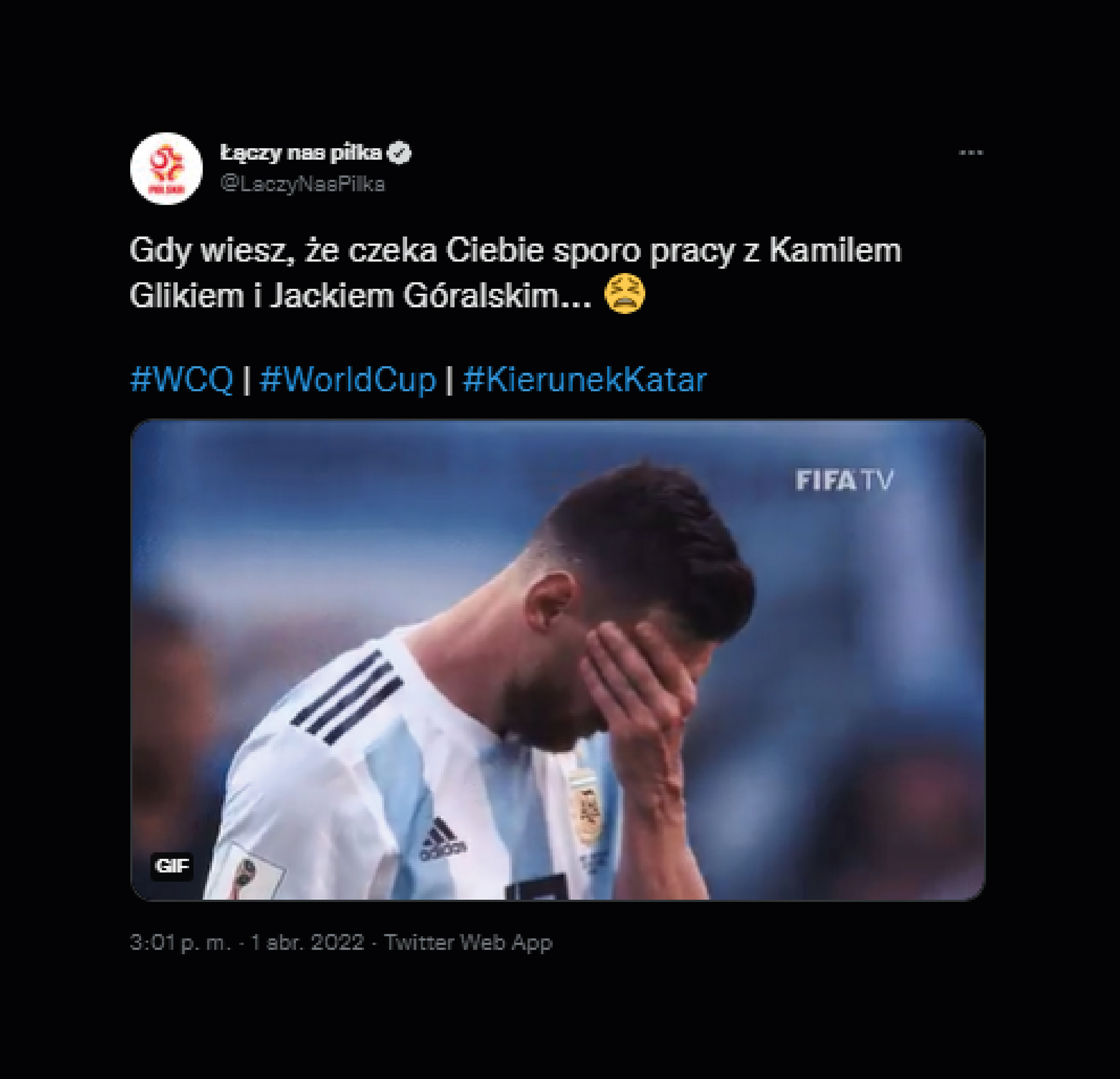 The mockery of Poland for Messi and the Argentine team

Beyond the posts on social networks, history marks that Argentines and Poles will meet on the last day of the group stage. As indicated by FIFA in the World Cup fixture, both teams will face each other in the stadium lusailsite of the grand final of the tournament, the Wednesday, November 30 at 4:00 p.m. (Argentine time). In the event that both selected win their first two commitments, they will define the first place facing the pass to the round of 16. You have to remember that your area will intersect with Group D which has France and Denmark as candidates for advancing the phase.

Qatar will be the tenth participation of the Polish team in the World Cups. The two most important presences of the European country in the greatest football event were generated in Federal Germany 1974 and Spain 1982, when on both occasions it came in third place, surprising the entire planet. An extremely talented generation that fell short of playing the title game: the locals and Italy were the executioners of hope.

In addition, a second round in Argentina 78 ‘and the round of 16 in both France 38′ and Mexico 86’ stand out. Unfortunately, in his last three appearances, which were in Korea-Japan 02′, Germany 06′ and Russia 18′, he ended up going out in the group stage.

The 2022 Qatar World Cup was drawn: Argentina heads Group C and will play against Saudi Arabia, Mexico and Poland
Poland, the team of the great scorer: five facts you need to know about Argentina’s third rival in the Qatar World Cup