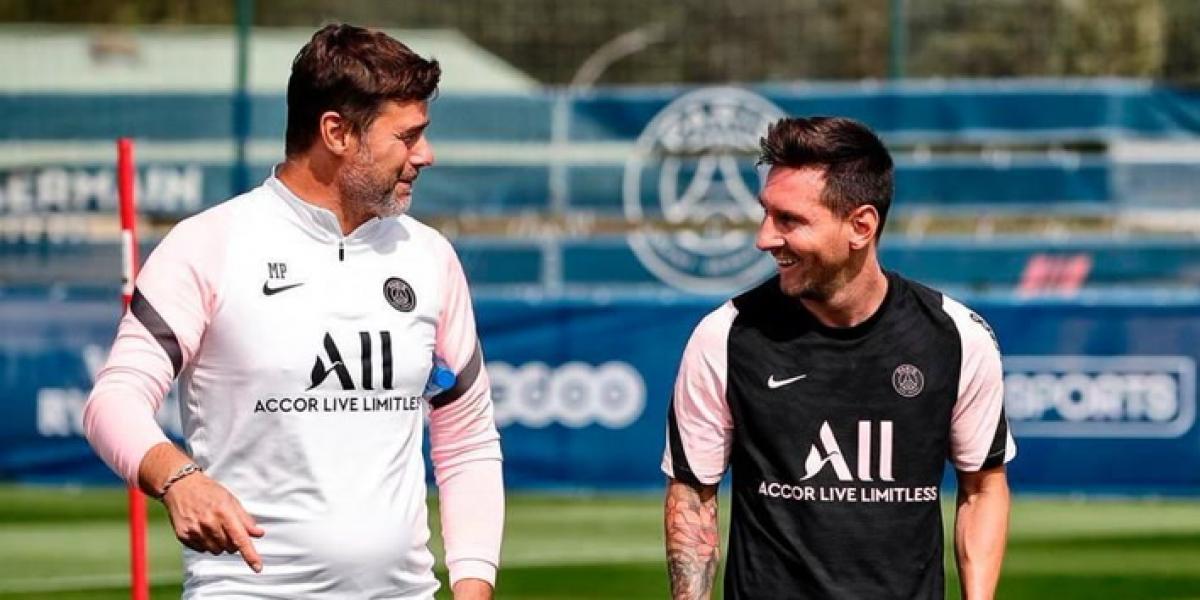 The shocking signing of Leo Messi for him Paris Saint-Germain continues to cause great expectation among football fans around the world, but the Argentine still will not be able to make his debut with the French team in the duel this Saturday (9:00 pm) against Strasbourg.

This was confirmed by the technician Mauricio Pochettino at the pre-match press conference, in which he wanted to make it clear that they are in no rush to Messi premieres with him PSG and that the ’30’ still has to catch up.

“He has only been training for two since he played his last game in the Copa América final. Let’s go step by step. When he is in better condition he will be able to make his debut ”, declared Pochettino, who delved into how Messi was signed by PSG.

“It all started after the Barça statement. I have to highlight the work of Leonardo, Nasser and the whole club. We must highlight their excellent work to give us the possibility of having a player of this level,” he said Pochettino, which highlighted the great reception that the dressing room has had to Messi in these early days.

“The reception from all the players has been fantastic and Leo is delighted. Leo is a special player because of everything he represents, because of his personality and as a player. We are a coaching staff who listen a lot to the player and we want the best for them. the feelings he has, we have to listen to him a lot. Our decisions will be based on the ‘feelings’ we have, “he said. Pochettino, who wants to be able to enjoy Messi on the team to fight for all titles.

“I always appreciated Messi from a distance. There was a rivalry because I am from Espanyol, but I always admired him. What I can say is what I see today and I see him happy, content, with incredible energy. I think that is positive. I am his coach, but we are both Argentines and from Newell’s. One always admires these types of players, but now the responsibility of working is left a little aside. I have met a very mature person, with the player that everyone know. Hopefully we can meet the objectives that this club deserves, “he concluded Pochettino, visibly happy with the signing of Messi.