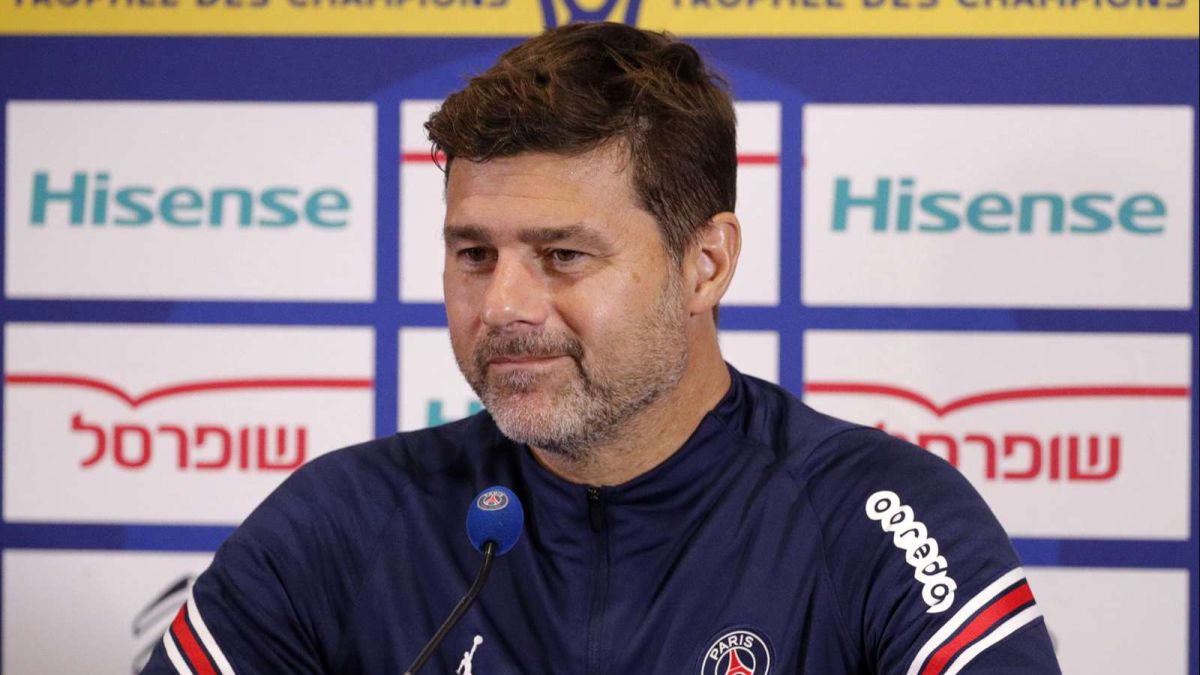 PSG coach Mauricio Pochettino spoke to the media just over 24 hours after making his Ligue 1 debut against Troyes. The coach was asked about Messi’s situation and the Argentine did not rule out the possible interest of the Parisian team in the former Barcelona player, stating that Leonardo is working to improve the team.

“We are now focused on the start of the season. The club works in parallel in the market discreetly, but strongly to be able to improve as far as the team is possible to achieve the objectives we set at the beginning of the season. It is clear that Messi is a player we know what happened yesterday. The important thing is to play a good game against Troyes and Leonardo and our president are working to improve the team, “Pochettino stressed when asked about his interest in Messi.

The casualties and Mbappé: “It is difficult not to be able to count on all of them. As I said last season, in a year of anomalous Covid, we had to give several players rest even knowing that it was going to affect us in the composition of the team and to do a preseason as we wanted. No It’s easy. As of today we are happy that all the players have arrived in the time they were given to arrive. We have done a preseason to try to be up to the task. “

Mbappé: “Kylian is available right now. There is a high probability that tomorrow he will be in the eleven against Troyes.”

The PSG project: “When I talk about the project last season, I talk about work time and the possibility of having a normal season where we can have an effect in a way in which we want to convey what a football team is. Clearly, when the tie against Barcelona ends, especially after the 4-1 at the Camp Nou, in an act of honesty and transparency, when everyone was giving us a lot of praise, I just said that I didn’t deserve much either. to be judged from the start of the season. The renewal means that the club, Nasser and Leonardo trust us. “

Messi: “More than the position, when we talk about players of his stature, it may be that for many clubs, in this case for PSG, these types of opportunities can sometimes happen and cannot happen. In this case the club is working and if there is any type of information we will communicate it shortly. We are looking, analyzing all the possibilities and Messi is one of them. “