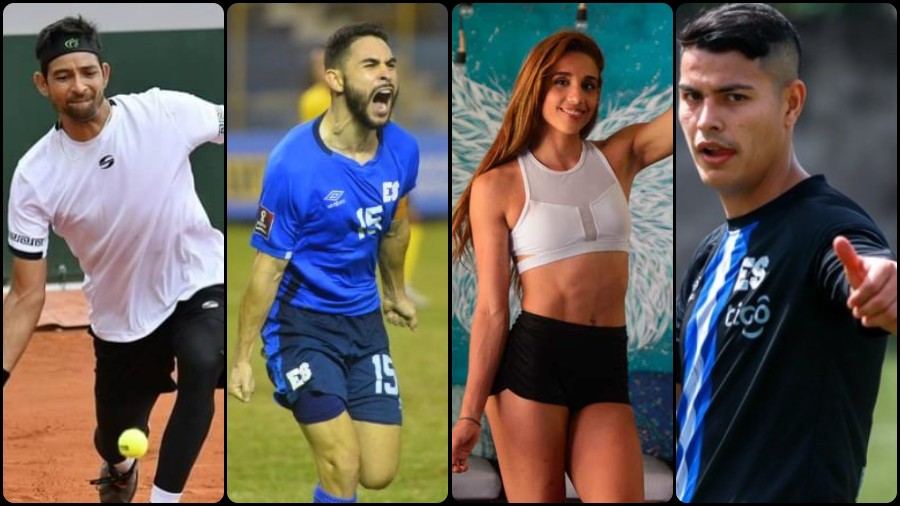 In a personal way, as a family, in the country, outside the country … Salvadoran athletes did not miss the occasion of Christmas to celebrate in their own way, the birth of the child God and stay one week before the end of the year 2021.

VIDEO. Frank Velásquez pleased his followers and wished Christmas with his “semiton step”

And social networks, as is now the constant in modern times, is the platform on which Salvadoran athletes shared how they spent the night of December 24, in addition to being able to send their wishes of prosperity and blessing for their followers.

For example, legionnaires Jaime Alas and Alexander Larín They will meet this Sunday in the second leg of the semifinals of Guatemalan soccer, after a goalless draw in the first leg that had both as starters for 65 minutes.

The tennis player Marcelo Arevalo shared postcards with his wife Lucía Kovarcikova and his son Marcelo Jr., while the Pan-American champion Paulina Zamora she wore a dress on Christmas night. While the Seattle Sounders player, Alexander Roldan It was shown on a horse in Mexico to celebrate these holidays.

Meanwhile, other footballers like Kevin Santamaría and Wilma Torres They took the opportunity to be happy with their families, in their homes, while they rest before the start of the preseason of the First Division of Salvadoran football.

Other players preferred to share personal postcards of what they do on these days off, for example, Bryan tamacas shared a postcard in Los Angeles, Ezequiel Rivas and Alexis Renderos They were happy with the Christmas tree and Firpo’s next player, Herbert Sosa he wanted to live with the snow before returning to the country. They all had a common message… Wishing a Merry Christmas.