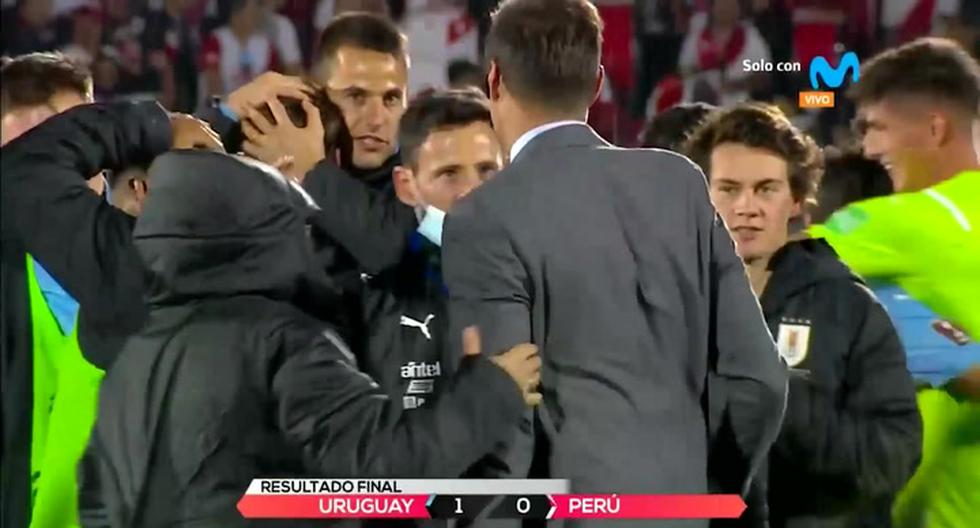 A controversial play occurred in the final minutes of the Peru vs. Uruguayafter Miguel Trauco took out a ‘poisonous’ center, the same one that complicated the ‘Charrúa’ goalkeeper, Sergio Rochet, who ended up inside his goal and leaving the feeling that the ball completely crossed the goal line.

The same was highlighted by Alexander Callens, who pointed out that the judge of the contest ignored the claims to review the play that could give the national team a draw at the Centenario stadium in Montevideo in the duel valid for the penultimate day of the Playoffs.

“I told (the match referee) to check it and he told me that he had. They just showed me the image and it’s a goal, completely. They have stolen”said the defender of the national team, after the match, in dialogue with Movistar Deportes.

To focus on Paraguay

In Lima, Peru vs. Paraguay will collide next week, for the last day of the Qualifying for Qatar 2022. The cast directed by Ricardo Gareca is one game away from securing their place in the World Cup, for which they must win to have a guaranteed spot. However, the ‘Guaraníes’ will not miss the opportunity to add their last victory.

The last time both teams met was in October 2020, for the start of the South American Qualifiers. That match took place in Asunción, amid strict biosecurity protocols, as it was the first international match, in the midst of the Covid-19 pandemic. The result: 2-2, with a brace from Andre Carrillo.

The Peruvian National Team is bound to win. After matchday 17, the red-and-white team is only one step away from getting the coveted place in the World Cup, after the clash against Uruguay in Montevideo. Yes indeed, Ricardo Gareca He knows that this duel will have to have some adjustments.

Peru vs. Uruguay | Alexander Callens: “They have robbed us” | Controversial Qualifiers in Montevideo Goal of the Peruvian National Team [VIDEO] | FOOTBALL-PERUVIAN