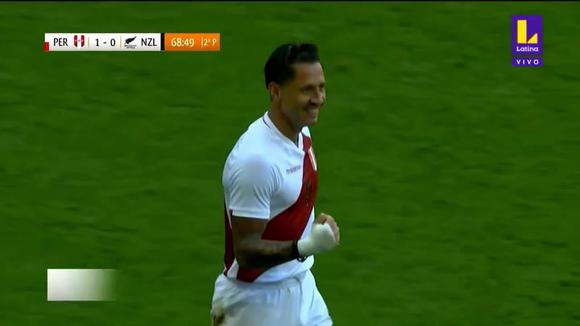 Peru passed its last test before facing the Qatar 2022 playoff. The ‘Bicolor’ surpassed by the slightest difference New Zealand in international friendly which was played at the RCD Stadium in Barcelona, ​​Spain. The only goal of the match was scored by Gianluca Lapadula.

Ricardo Gareca’s pupils were superior in almost the entire procedure, but he was not entirely successful in front of the goal. However, the scoreboard moved thanks to high pressure from ‘Bambino’, who surprised the rival goalkeeper and scored at will.

It is worth mentioning that Luis Advíncula, Renato Tapia, Ángelo Campos and Edison Flores did not appear on the list.

In this way, the Peruvian team was ready to face the Qatar 2022 playoff against the winner of the key between Australia vs. United Arab Emirates.

The Peruvian team has been working in Barcelona for several days thinking about getting to this duel in the best way and being ready for its subsequent versus against Australia or the United Arab Emirates.

It is very likely that André Carrillo, who recovered from an injury in about an hour, will have minutes. Same situation as Renato Tapia. The case of Luis Advíncula is different, since he did not work with the ball and it is unlikely that he will be considered.

The ‘All Whites’, meanwhile, also face this friendly seriously because in the next few days they will play against Costa Rica for one of the last places in Qatar 2022.

WHEN DOES PERU VS. NEW ZEALAND?

The 2022 friendly between both teams will be played this Sunday, June 5, 2022 at the RCD Stadium, a fiefdom that belongs to RCD Espanyol of LaLiga de España and has a maximum capacity of 40,000 spectators.

You will be able to watch the match of the Peruvian national team through the signal of Latina Television (Channel 2) or Movistar Deportes (Channel 3).

WHERE TO SEE PERU VS. NEW ZEALAND ONLINE?

The online transmission and live streaming of the match will be in charge of Latina Play and Movistar Play, in addition to minute by minute on the El Comercio website.

Both teams have met twice, leaving a positive balance for the Peruvian team with a win and a draw. Look at his recent history.

REFEREE TERNA OF THE FRIENDLY 2022