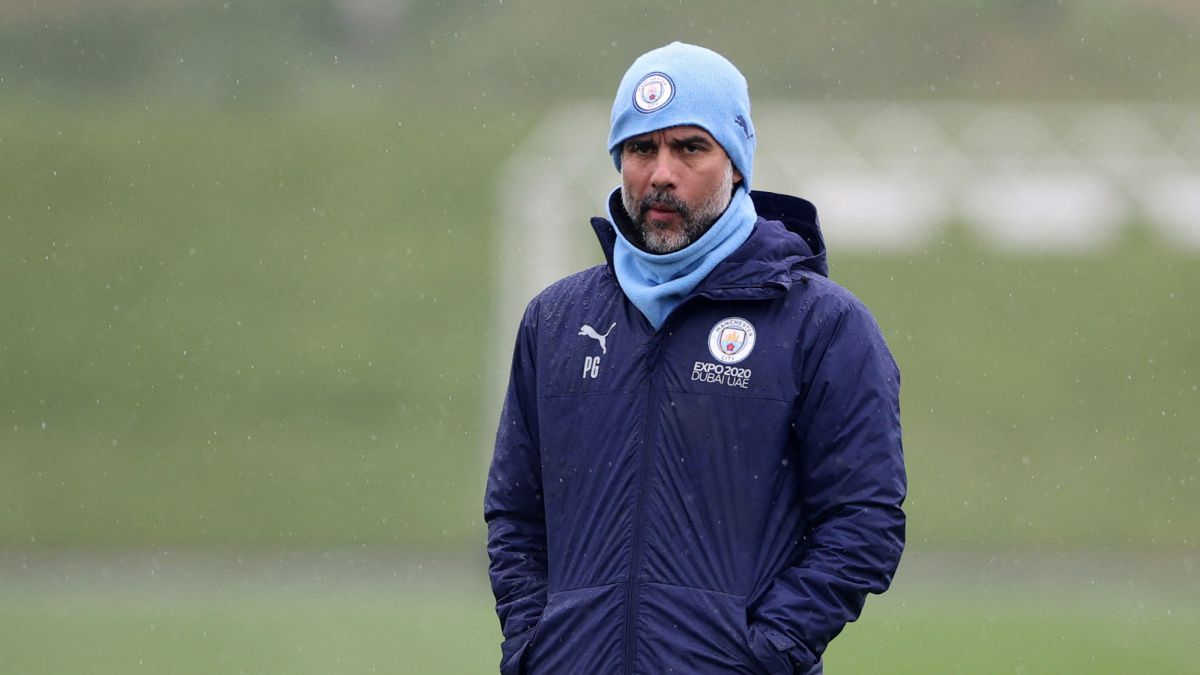 With an income of a goal of advantage, the Celestes visit Atlético de Madrid with a spot in the Champions League semifinals at stake. A goal from Kevin De Bruyne makes the difference, although Guardiola warned that the second leg will be completely different from the first leg, and return of Rúben Dias to the call: “He travels with us, the rest is fine. He has only trained once with us, so he will not leave from the start,” said the Catalan coach at Tuesday’s press conference.

“Atlético plays at home with its people, and from what I remember, when they have played qualifiers at home they have moments of making you have a very bad time, they are very intense. Even if you dominate them, they will defend behind and look for the counterattack. There will be minutes when they will be more aggressive and they will push us harder. They will adapt based on the result, as all coaches do. I expect a different match. We travel with a short result, but with the intention of winning the game“.

On the pressure and intensity of this final stretch: “We should be grateful for being here. I would like to have more time to prepare, but if we are here it is because we have done very well so far. You don’t feel tired right now. You can win the league, go through to the Champions League and the FA Cup. You can lose, but you won’t lose because you’re tired. We have to play our game. Focus on our plan. I want every player to want to make a difference, be the star and help his teammates.”

On criticism of Diego Simeone: “If he had won, they wouldn’t criticize him. They criticize us when we lose. If we win, anything goes. Atlético has been playing like this for many years and they’ve won a lot of things, but since they lost in the first leg, they criticize him”.

De Bruyne and Foden, protagonists in the first leg: “I already put them together in the Champions League final against Chelsea, but we didn’t find them. It goes as it goes. Last week we put Phil (Foden) because he can eliminate players and be decisive near the box. That’s why he played. Kevin (De Bruyne) is good when he attacks the spaces and playing between the lines against Atlético is difficult to find him. He is better from the front, from the back it is more difficult. He has a lot of intuition to move and we give him the freedom he deserves. The goal What he did is because of his great quality, he is a player who attacks short spaces and also very long ones marvelously well.

Game of return: “We travel with a good result with the intention of winning. It will be a little different, they are at home, they create momentum. Because of the passion that all the fans have, there will be times when they will be aggressive and create problems. We adapt and try to defend “.

Tiredness. “We are near the end of the season. We have to be thankful to be here. I would like to have more time to prepare, but it is because we have done very well so far. We are not tired, we are so close to the semifinals, we can lose because we do a bad performance or the rival is better, but we are not tired”.

Fernandinho announces that he is leaving minutes before. “Wow. I didn’t know. You broke the news to me. I didn’t hear it. We’ll see what happens. I don’t know what will happen. He’s very important. I’ll ask him.”

Pep: “We traveled with the intention of winning the game”