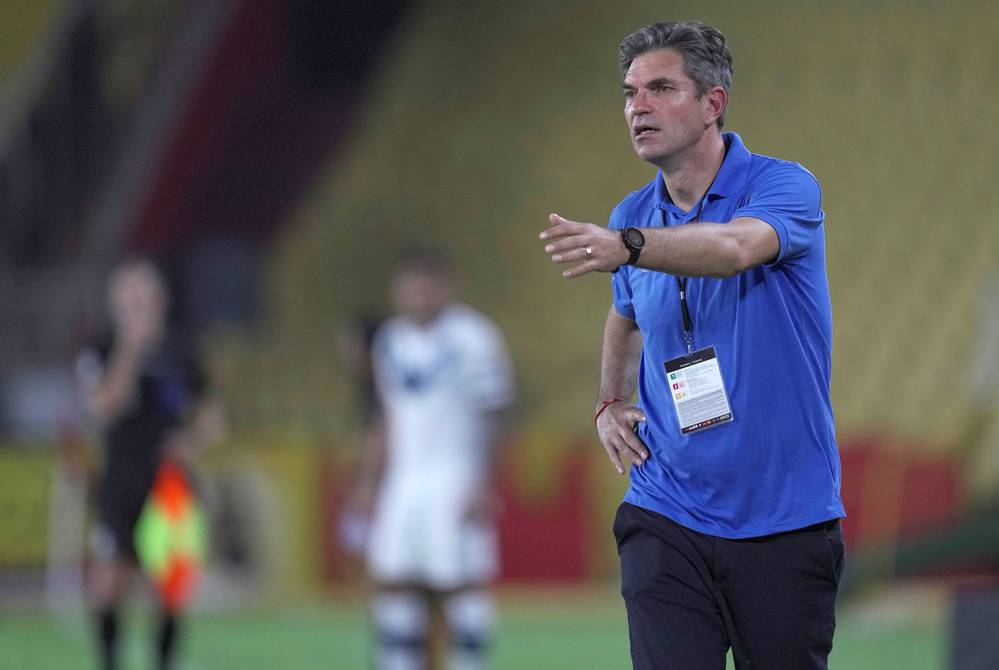 For Pellegrino, in the play of the goal by Adonis Preciado there is a foul in favor of Vélez that the Chilean judge Piero Maza did not sanction.

Coach Mauricio Pellegrino justified the defeat of Vélez Sarsfield on Wednesday night against Barcelona SC with the thermal sensation of the Monumental court, but mainly he pointed to “too many mistakes” that his team committed playing in this decisive instance.

Barcelona SC recovered from the 1-0 defeat suffered last week in Argentina and beat Vélez 3-1, for which they went on to the quarterfinals of the Copa Libertadores de América 2021, with an aggregate score of 3-2.

The three Canarian goals came from the substitute bench, as the Argentine-Ecuadorian Damián Díaz was replaced before the game due to a health complication by Gabriel Cortez; Neither did Michael Hoyos play due to injury and was succeeded by Adonis Preciado; while Jonathan Perlaza, who entered for Cortez in the 79th minute, was in charge of converting the qualifying goal.

Vélez joined his lines to reduce spaces, in a special way, in the middle of the field, put emphasis on defense and speculated with some defensive error of the premises.

“It was unusual weather at this time for us, who come from winter. It was 26 or 29 degrees in the field, but it was the same for both teams. We knew that the rival team was going to come out strong, we imagined that beginning; I think we got into a bit of confusion until they scored the goal. Then the team reorganized itself until the start of the second half, which we reached a draw, but we made too many mistakes in these instances. More than the heat is our responsibility, we have given too much advantage when one plays a game in these circumstances, “he explained.

The coach was asked what Vélez lacked in the visit to Barcelona SC. And he replied: “We came to Guayaquil with great enthusiasm and very close to going (to the quarterfinals). It was a very even tie. The small details have been for the rival team today, the details have been for us in the first leg, it is how these instances are defined today. We are very sorry for the removal. Today things have not turned out as they usually are, it was a shame ”.

After his goal in minute 47, Fortín sought and managed to take the rhythm of Barcelona SC’s game, went on to develop offensive actions, but without clarity and forcefulness in his attack, modalities with which he surprised both with the end of the first half teams.

At the beginning of the second half, Vélez advanced the lines and with a cross from the left flank by attacker Lucas Janson, found the scorer Juan Martín Lucero well placed, who headed and scored between defenders Williams Riveros and Mario Pineida. End point of the visitor’s production.

‘Mistakes that all happened together today’

In the opinion of Velez’s DT, Mauricio Pellegrino, the first goal for Barcelona SC scored by Adonis Preciado “was a fault of ours in favor” that Judge Piero Maza, from Chile, did not sanction. “We have been watching the marking, the surveillance of their attacking players. A penalty where two footballers collide. We habitually make mistakes and they all happened together today. We cannot commit these mistakes and we have made too many to play in this instance, and that somewhat overshadows what we have done up to here, “he said.