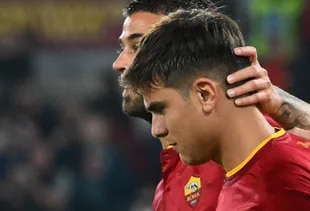 Very bad news for the Argentine team: Paulo Dybala suffered a tear in the left biceps femoris, an injury that will require between 30 and 40 days of recoveryso their chances of reaching the 2022 Qatar World Cup in good condition become more diffuse, with 39 days to go before the start of the big event.

As indicated by the Sky Sport chain in Italy, medical studies confirmed the injury to the biceps femoris. In this way, La Joya could be sidelined from the fields for 4 to 8 weeks. What will happen now? For now, they will do new studies in a week and the Cordovan will be reassessed. The coaching staff of the Argentine national team will include him in the previous list and will make a final decision in the second week of November. The injury seriously complicates the Cordovan’s chances, but the staff led by Lionel Scaloni does not want to rush to rule him out.

The first diagnosis had not dissipated the uncertainty that was installed on Sunday, when Jose Mourinho made very pessimistic comments about the injury he had sustained Dybala in Roma’s 2-1 victory over Lecce. Monday’s studies revealed that La Joya suffered a affection in the quadriceps femoris of the left leg, with a recovery period that was speculated to be between four and eight weeks but once the affected area was deflated, the definitive result arrived through the resonance.

The last weekend, the Portuguese coach already gave it up discarded for the competition that Rome has left this year -the last match will be played on November 13, against Torino-, and the time calculations pointed to whether the rehabilitation will allow Dybala to be taken into account for the Qatar World Cup, in which the Argentina will debut on November 22, against Saudi Arabia.

Video of the penalty, goal and injury

Thanks to his very good start to the season in Rome, the Cordovan had achieved the continuity that Scaloni expected to consider him as a spare part in the Argentine team’s attack.

In physical prime, Dybala had almost assured a place in the World Cup squad, but everything turned somber. Within 11 days, Scaloni must present a pre-list of 35 players for the World Cup. The cut of nine players will arrive on November 14th, when will the final delegation be with the 26 surnames. At that time, the Cordovan will have completed five weeks of recovery: he could be 100% recovered only if the most optimistic scenario is fulfilled, which contemplates a four-week rehabilitation.

The last friendly of Argentina will be Nov. 16, against the United Arab Emirates, selected directed by Rodolfo Arruabarrena. The alarms for Dybala went off on Sunday, an hour after the end of the game, with Mourinho’s statements: “The injury seems very serious. I would say bad, but honestly after talking to Paulo… I’m not a doctor, but it seems very bad to me, I don’t think I’ll be able to play again before 2023″. At first it was thought that the coach was already ruling him out for the World Cup, but his reference was to Rome’s calendar for this year, which, as already said, will end on November 13.

For greater surprise, Dybala he was injured when he executed the penalty of Roma’s second goal at the Olympic stadium. He didn’t even celebrate. Immediately after dispatching the left foot shot, he grabbed his left femoral muscle and took a few steps with difficulty, while teammates who came to greet him saw his concern up close.

With the World Cup just around the corner, any injury is disturbing, and more so in the case of Dybala, who recurrently accuses physical problems. in the last two friendlies of the selected one, against Honduras and Jamaica, the Cordovan joined the delegation in the United States, but he did not have minutes in the games because he had arrived with muscular discomfort. She preferred not to risk it. Even Roma did not want him to travel to the tour, but finally agreed to the player’s wish to join the squad, although later he did not play a single minute.

The former Institute had a very good season since he joined Roma at the request of Mourinho, who gave him confidence and transformed him into an offensive benchmark. In eight games for Serie A adds five goalsplus others two in three matches for the Europa League. He came with a positive series, scoring consecutively in the last five games, until this Sunday an injury installed dark omens. The one in Qatar would be the second World Cup in Dybala’s career. He was at Russia 2018, where he only played 22 minutes in a 3-0 loss to Croatia.

Get to know The Trust Project