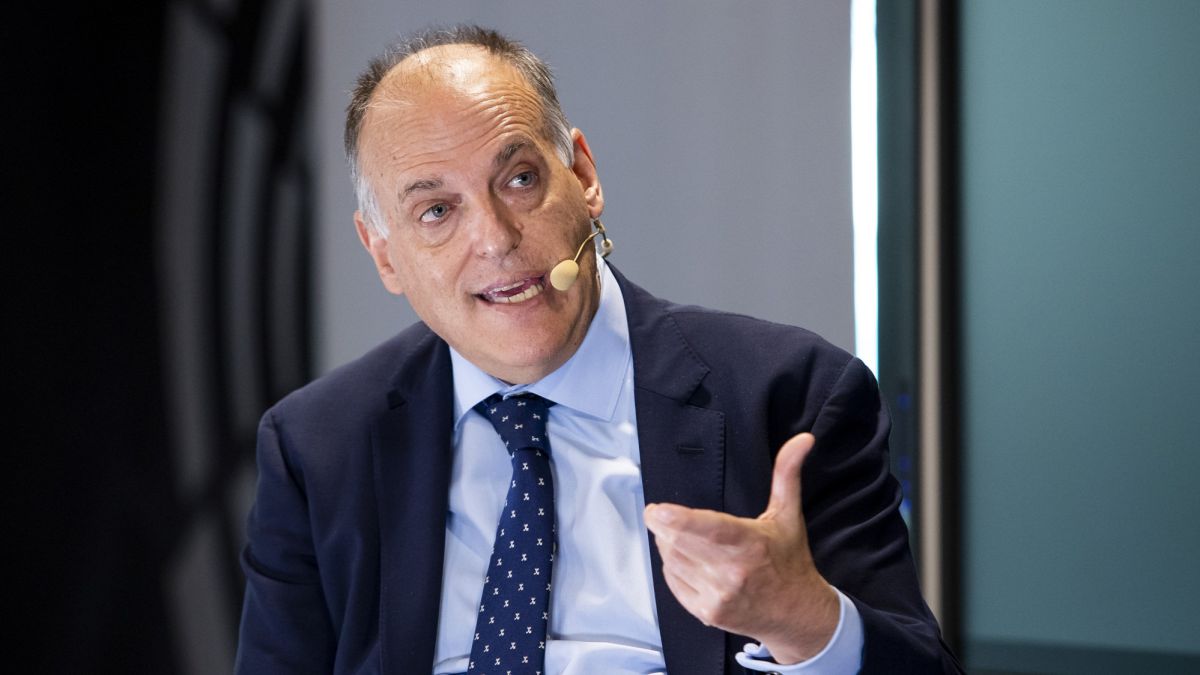 LaLiga has responded forcefully to Real Madrid, Barcelona and Athletic, that This Friday they issued a joint statement in which they report that they are challenging the competition agreement with CVC “as it is a pact that violates the provisions of the applicable regulations and in particular the Royal Decree that was approved in the framework of a notoriously irregular procedure.” The body chaired by Javier Tebas has been especially critical of Real Madrid, which he accuses of going against the common interests of the rest of the clubs.

In the note issued, LaLiga is surprised because the three complaining clubs were left out of this agreement and, therefore, they would not be affected economically. He also adds that the other 39 First and Second clubs do agree to go ahead.. The most direct point is the third, where LaLiga considers the following: “These clubs will benefit and make it clear that what they do not want is the expansion and growth of the rest of the clubs.“.

The final point is a direct attack on Real Madrid, to which, according to LaLiga, more than twenty judicial decisions related to the projects, agreements and acts of LaLiga derived from the application of Royal Decree-Law 5/2015 and of the audiovisual marketing process. Finally, sentence: “The current situation is one more example of their attitude in recent years contrary to the common interests of the rest of LaLiga clubs and the development of the competition“.

Later, Javier Tebas spoke on Twitter in relation to the message of the three clubs: “LaLiga is obliged to defend the agreements reached in the Assembly by 39 of the 42 clubs. Real Madrid has already sued us several times saying that we violated RD 5/2015 and they have always lost. Deep down they want weak clubs for its various purposes. “

LaLiga is obliged to defend the agreements made in the Assembly by 39 of the 42 clubs.

The @Real Madrid He has already sued us several times saying that we violate RD 5/2015 and he has always lost.
Deep down they want weak clubs for their various goals. https://t.co/b8bHIJ6b30

This is how the statement reads:

“1. It is surprising that they challenge something that they still do not know the end of and more when it was already made clear that these three clubs (FC Barcelona, ​​Real Madrid and Athletic Club) would not be affected economically, only benefited from the growth that LaLiga is going to have in the next few years.

2. That LaLiga has the support of the operation of the 39 clubs except the three mentioned, and we will continue working together with CVC for something that we understand is good for LaLiga and also for the clubs.

3. The three clubs challenge something that does not affect them directly, on the contrary, these clubs will benefit from the growth of LaLiga as a competition, making it clear that what they do not want is the expansion and growth of the rest of the clubs. In addition, as has been explained on several occasions from LaLiga, clarify that the agreement between LaLiga and CVC is a strategic association, it is not a financial operation as these clubs express in their statement.

4. In recent years, Real Madrid have had more than twenty judicial decisions rejected related to LaLiga projects, agreements and acts derived from the application of Royal Decree-Law 5/2015 and the audiovisual marketing process, the current one being situation one more example of his attitude in recent years contrary to the common interests of the rest of the LaLiga clubs and the development of the competition. At this point, clarify, that LaLiga respects the rights of the clubs to take the legal actions they consider, but as always, LaLiga defends the interest of the majority of clubs, in this case the agreement of 39 of the 42 clubs ” .