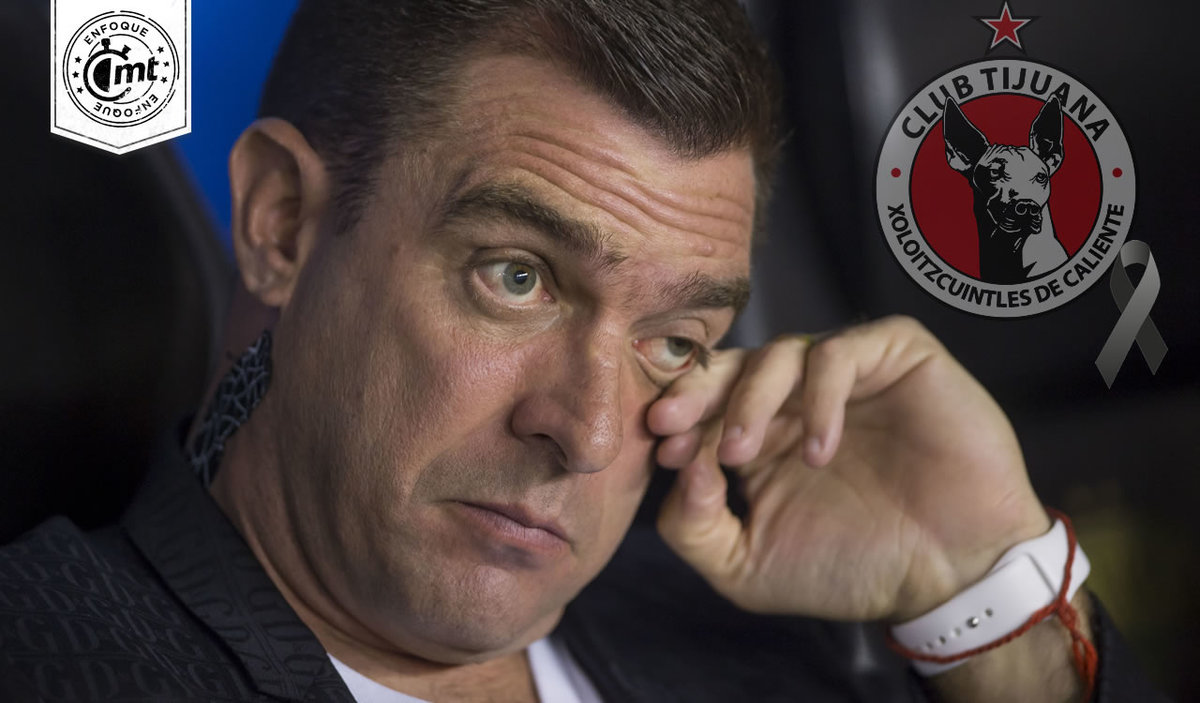 Life has shown many faces to the Argentine coach Pablo Adrián Guede, but the one that occurred in March 2021 was undoubtedly the one that most marked the strategist: the death of his father Sergio by coronavirus He removed all his being to the then coach of the Xolos from Tijuana. Such was the pain for the loss that he did put aside the border project to heal your soul.

It took him a while to assimilate the fact and it was until the first days of April when the South American took the bull by the horns, He stood before the Tijuana board and made them see his intention to disengage from the project… It was not a time for football, but to cry for his father.

“The truth is that I have to thank Jorgealberto (Hank), the president who was very, very good to me. I had a personal problem, my father died, I was not there to give 100 percent to the club and if I can’t give it to the club I’m in, I’m not going to keep anyone’s money. I told Jorge, he knew the situation very well because he lived with me every day and we made that decision that was the best for me and for the club “, assured in an interview with Mediotiempo.

“They saw me how I was and it was the best. When I presented the situation we immediately talked about it and first there is the person and then the coach,” he added.

I couldn’t cry to my father for a month: Guede

Guede couldn’t take it anymore, on March 18 he received what, he said, was the worst news of his life; his father, Sergio, could no longer deal with the coronavirus in Argentina and it ceased to exist. What left DT a bit calm is that he managed to see him alive through a video call on Zoom. After that, everything got complicated until the fatal outcome.

“It was the worst thing that happened to me in my life. It was strange, very strange, everything very fast, it was 7 or 8 days that he entered, I zoomed in with him at the hospital and the next day I couldn’t speak anymore because he had the mask. It was complicated, day by day I had to stand in front of 25 or 30 players without having to prove what was happening to me, “he added.

“It was complicated because I didn’t have the time, it was as if I left it parked (parked), I said ‘yes it happened, but no’, until I exploded inside one day, I spent a month without crying for my father And all that is very bad for the body, one day I exploded badly, to get very, very bad, and that was when I began to understand what was happening to me, that my father was no longer there and I had the need to be with my family in Argentina ”.

Guede heals little by little and thinks of Mexico

It took him a while and he was able to say goodbye. Since then, Guede heals his soul close to his family, hoping soon to return to 100 percent to take a new adventure in soccer. In fact, his intention is to live in Mexico to continue in Liga MX, where he arrived in 2019 to surprise with Monarcas Morelia, a team with which he was left to nothing of a Final when he was eliminated by América.

They came to him offers from Saudi Arabia, Saint Lawrence and Leon; With this last team there were talks, but he still did not feel fit and the push and pull took time to start. Finally the Beast chose his compatriot, Ariel Holan.

“It is time to enjoy, it is what I have to do now, to continue healing, I am fine, every day I am better, at this very moment no, I think that time heals wounds, What I am very clear about is that I am not going to take anything until it is not well, and I will have to get well, which is like that ”, he accepted.