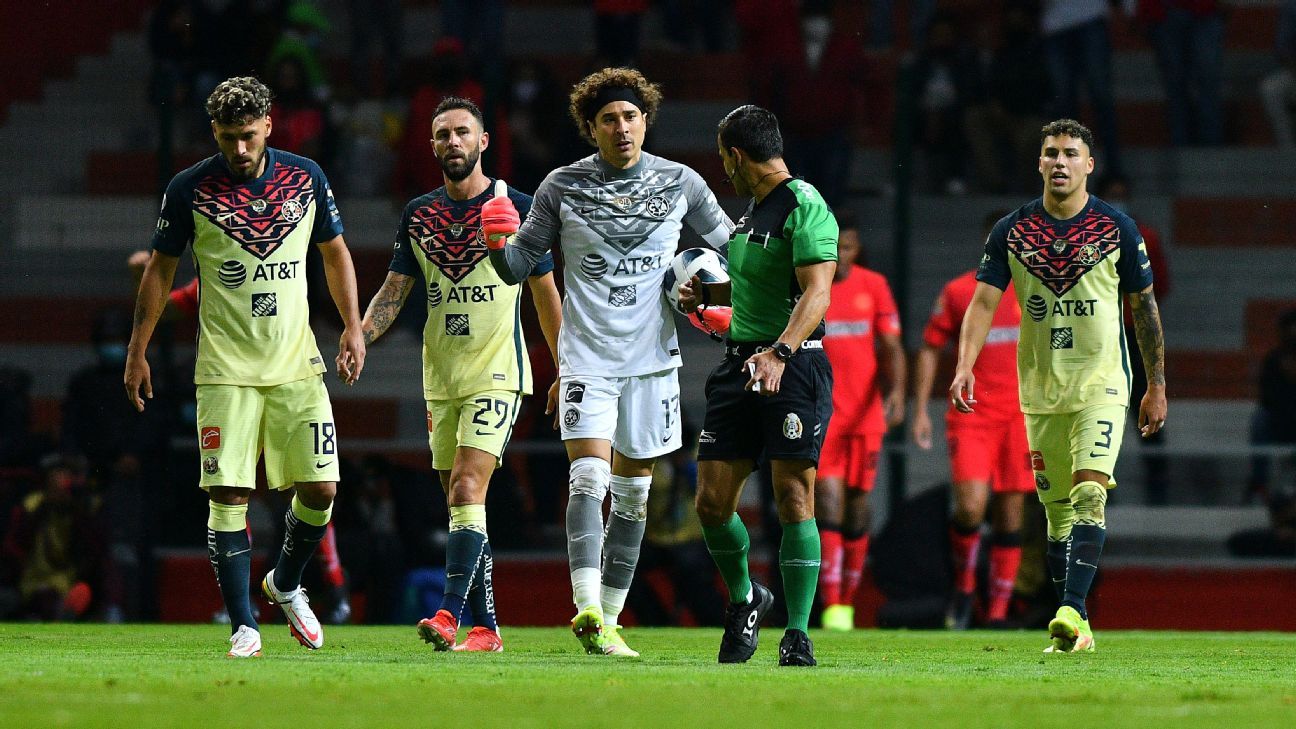 America suffered a hard blow in the Apertura 2021 by losing undefeated against Toluca, rival that defeated Santiago Solari’s team by a score of 3-1 and that had the young man as the protagonist Haret ortega, who stood out in front of his former team with a double.

We present you the analysis of the reasons why the Eagles fell into hell.

With just 20 years of age Ortega left the team that formed him and that gave him little chance of playing in the First Division, his destination was Toluca, a team with which he won a place in the 11th starting position and to which he gave tonight his best game to achieve a double against the Eagles.

Ortega scored the first and third goals of the game, the first goal of the first half did not celebrate and showed respect for his former squad, but on the second occasion and with his squad scoring he did not hide his pleasure and shouted the score with his teammates.

In addition to the annotations, he was precise in his defensive work and avoided the fall of his bow by putting his head in front of a shot from Richard Sánchez.

Both teams have given great matches throughout their history and this one was no different, since both started with all their might and in less than seven minutes the fans had already scored two goals.

The Eagles dispute the League and the Concacaf Champions League this semester and in the middle of the week they faced the Philadelphia Union, a rival against which they left with their stellar team and for tonight coach Santiago Solari had to make some modifications.

Elements such as Sebastián Córdova, Roger Martínez and Álvaro Fidalgo were substitutes in this commitment.

The Argentine helmsman made his changes with the aim of trying to reverse the 3-1 that was shown on the scoreboard, but his changes did not work very well against a Toluca that was better.

Toluca scored three goals in 90 minutes, but these could be up to six before the failures they showed in front of the rival goal. Even Rubens Sambueza failed from the penalty spot when he sent the ball from the side.