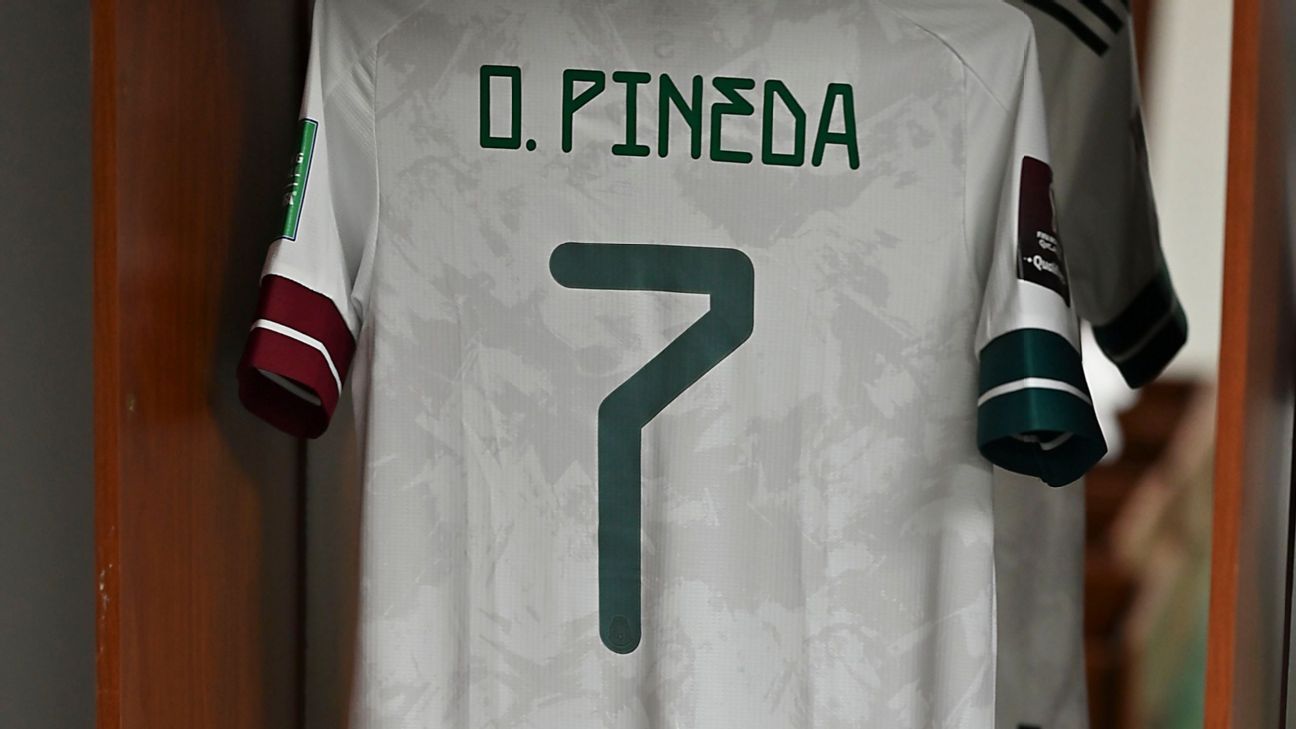 Orbelín Pineda appeared with No. 10 against Costa Rica and against Panama he did it with No. 7 on his back

Orbelín Pineda He left the shirt with the number 10 that he used against Costa Rica, to play with the No. 7 against Panama, the case of the Cruz Azul player is one of the six footballers of the Mexican team who changed their number from one game to another.

Orbelín Pineda appears as a starter against Panama, wearing number seven, while against Costa Rica he scored using number 10. Jonathan Dos Santos He also changed his number by leaving 16 and appearing with six, it is the same case of Jorge Sanchez who leaves the six and plays with the 16, while Roberto Alvarado He forgets the seven and goes to the bench with the 20.

The other players who are in the same case are Uriel antuna, which against Costa Rica presumed the 21 and against Panama comes out with the 22, while Gilberto Sepulveda He inherits the four and against the Ticos he used the 22.

The number changes are due to the losses in the Mexican team for the third day of the Concacaf tie and because the Tricolor is obliged to use the numbers from 1 to 23 for each of its commitments.

Because it is not a tournament, the Tricolor can change the numbering of the players from one game to another, in addition to that in Gerardo ‘Tata’ Martino’s initial call-up, 28 players were considered and only 23 were required per game.

In this game, of the 23 who participate, Orbelín Pineda and five other players changed their number with respect to the previous game.. This case has been repeated around the world, because the National Teams have summoned more than 23 players, taking forecasts of the obstacles posed by the Covid-19 Pandemic.