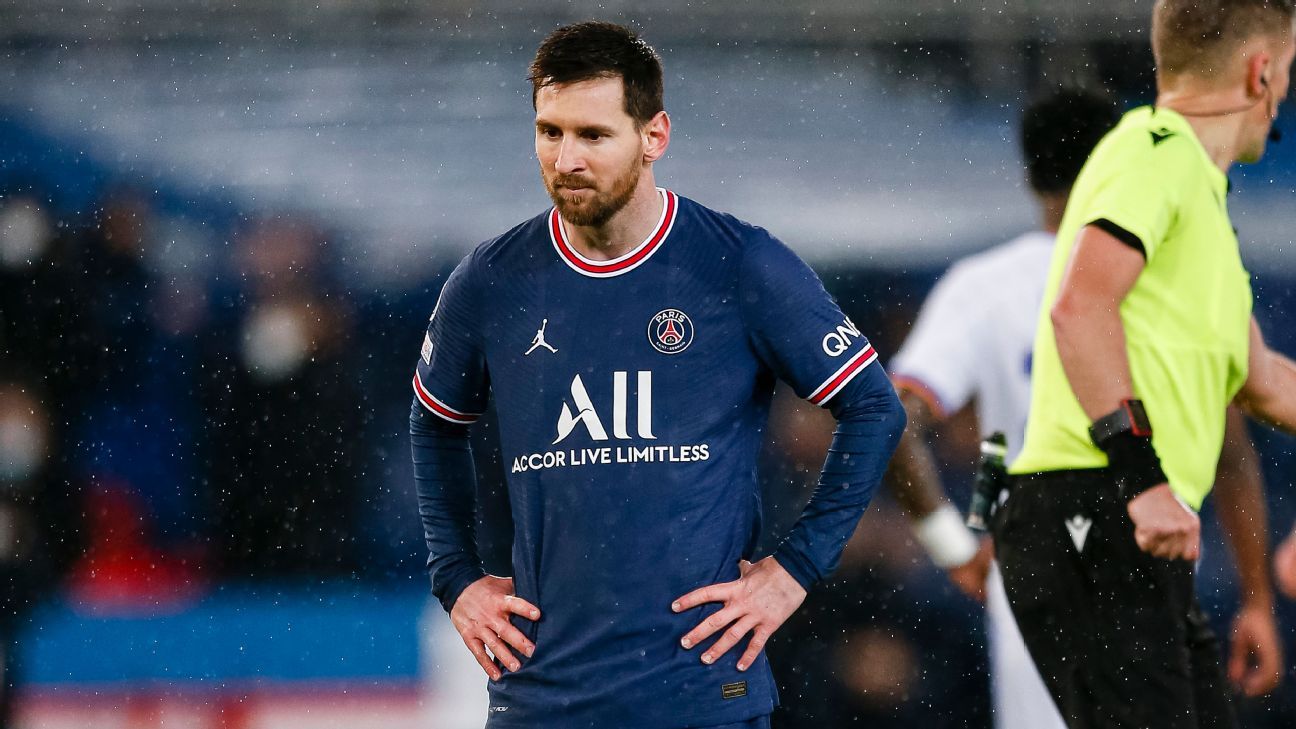 It is difficult to understand that after 15 years being the center of attention and being used to leadershiptoday Leo Messi is resigned to occupy a place secondary.

Paris Saint-Germain can score goals, win with a tight score or even lose, it will no longer be news that the Argentine does not appear among the main authors who wrote the history of the party.

The French classic against Olympique de Marseille was a new reaffirmation that Leo has no interest in assuming the tasks of hero or figure.

He even had the opportunity to take a penalty after two goals were disallowed for offside, and he did not even approach the conclave with Neymar and Mbappé to decide the executor.

The Parc des Princes no longer boo as it happened after the elimination of the Champions League at the hands of Real Madrid, but ‘La Pulga’ seems to have no care to please with everything and that the stands chanted his last name.

Three goals in Ligue 1 and not a single free throw destined for the network, one of those that were routine at FC Barcelona, ​​summarizes to a certain extent the poor season of the best footballer in the world who will be league champion in a few weeks with PSG, a title that was taken for granted with or without his presence .

Some specialists conclude that with the move to Paris Leo became a footballer “more cerebral and less decisive”, who now dedicates himself only to assisting (he has 13 assists in the League) and no longer scoring the decisive goals that were a constant in his career.

Another of the “explanations” about the most mundane Messi ever seen has to do with age. next to meet 35 yearsit is assumed that from one day to the next the experience overshadowed the magic and the genius.

However, it is forgotten that in his last year with Barça he once again dominated LaLiga, got his eighth top scorer (fifth in a row), was the one who contributed the most assists, and in the Copa del Rey that the team raised, he provided one of those memorable performances. That, plus the Copa América in which he led all the items for be crowned finally with the albiceleste.

To measure it in a better way: the Karim Benzema who has been in a version for at least three seasons superlativejust the past was once again at the shade of Messi in LaLiga, so it does not seem to be the 34 years, simply the Argentine has not found with his football in Paris.

A few days ago, an Argentine journalist interviewed Guardiola and questioned him about Messi’s current role, whom he described as “more strategic” and “less decisive” in relation to the player that the coach directed at Barça, and Pep smiled to answer , “well, we all get oldDear”.

This being the case, it will be age, it will be that he is not comfortable with the scheme of Mauricio Pochettinoit will be that in the PSG they do not play for him as they did in Barcelona or it will be a sum of all the previous ones, the truth is that Leo will have a second season of revenge with the Parisians, which will start before the World Cup, and not can afford to continue as a supporting actor.

Although it sounds paradoxical, if Mbappé’s departure to Real Madrid materializes, that could benefit Leo, who already has a structured partnership with Neymar and they would integrate one more striker, but the team would no longer play based on the French jewel.

Today Messi is not interested in the leading role, but sooner rather than later he will have to assume it again by being part of his team. historyhis essence Y greatness.