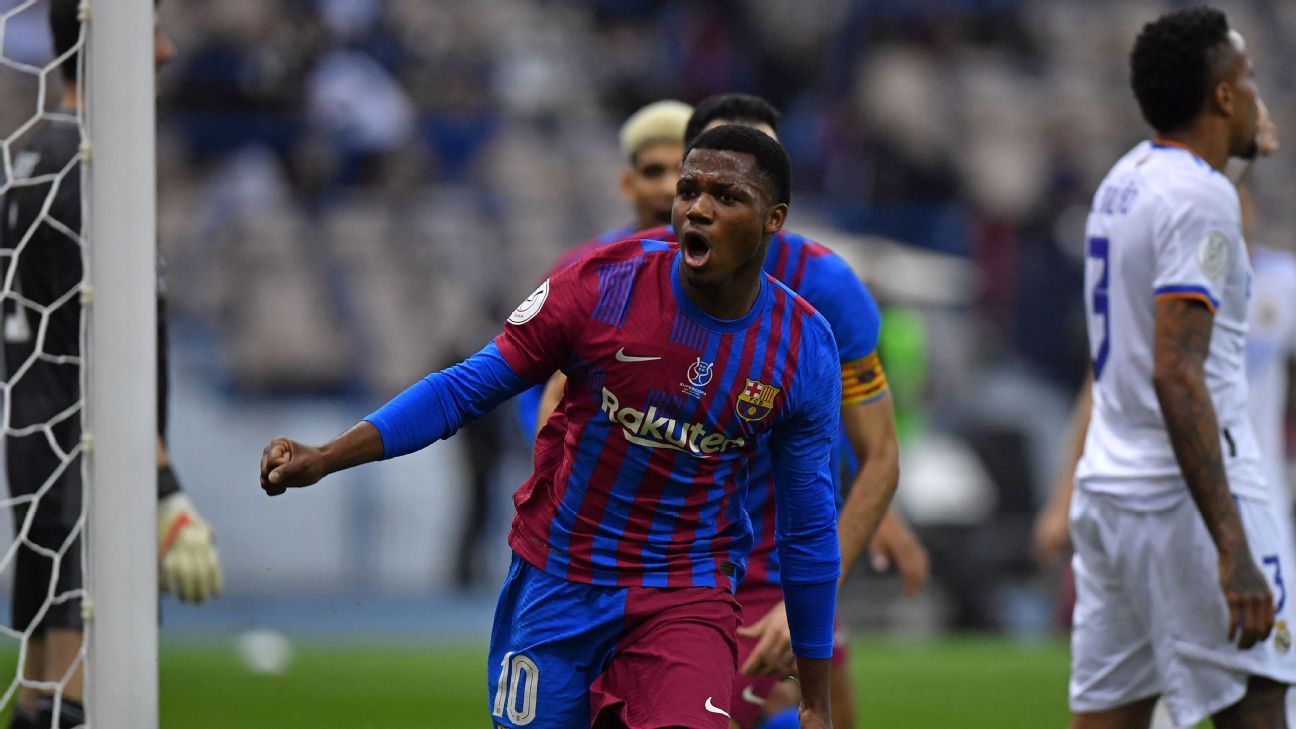 Xavi and Piqué are right, Barcelona are on the right track after the worthy match they gave in the Clásico against Real Madrid.

However, at this point, after five consecutive humiliations against the staunch rival, after being left out in the Champions League Group Stage, and with La Liga lost since before the end of the first round, the defeats “worthy, decorous and with pride” are not used for any. Not at all.

It is true, the team is in the first stage of a reconstruction that is going to hurt —it is already hurting—, but the arguments regarding youth and that they competed with honor, are slowly beginning to wear off.

You don’t have to explain anything to Xavi, he’s a Barça legend and unlike ronald koeman, knows perfectly where he stands and that in this team everything that is not winning titles is called failure.

It has already started with the rescue of identity and philosophy, and in just two months Barcelona has a recognizable style, it does not play “there it goes” or if it manages to score a goal, it bets on defending itself in order to get the victory at the expense of whatever. There is a long way to go but everything indicates that the course is correct.

Now, what can no longer be tolerated is the consent of certain footballers, such is the case of Frenkie de Jong, who in 45 minutes against Madrid ratified what his time at the club has been: inconsequential, without assuming responsibilities, but always headline.

Memphis Depay: he returned after the injury with an extremely high level poor to the extent that his compatriot Luuk de Jong, who practically had both feet outside the team, already won him the title as the Barça center forward.

Those, to cite just a couple of cases, because to a certain extent the youngsters have credit, but due to the situation that Barça is going through they are forced to mature faster than normal. As unfair as it may seem, the Pedri, Fati, Gavi and company should not be allowed ups and downs so marked.

Yes a lot honor and a lot pride as the president Joan Laporta also proclaimed in the locker room after the defeat, in a speech he gave to the squad and that the club itself spread, but a new and painful setback.

Barcelona is not, has not been and will never be the team of the decorous defeats, so of course it is understood that Xavi’s process is just beginning and that his arrival is the best thing that could happen to the institution, but it is time for results.

Piqué said it well at the end of the Clásico: “What we can be reproached for today is that we haven’t livestock”.