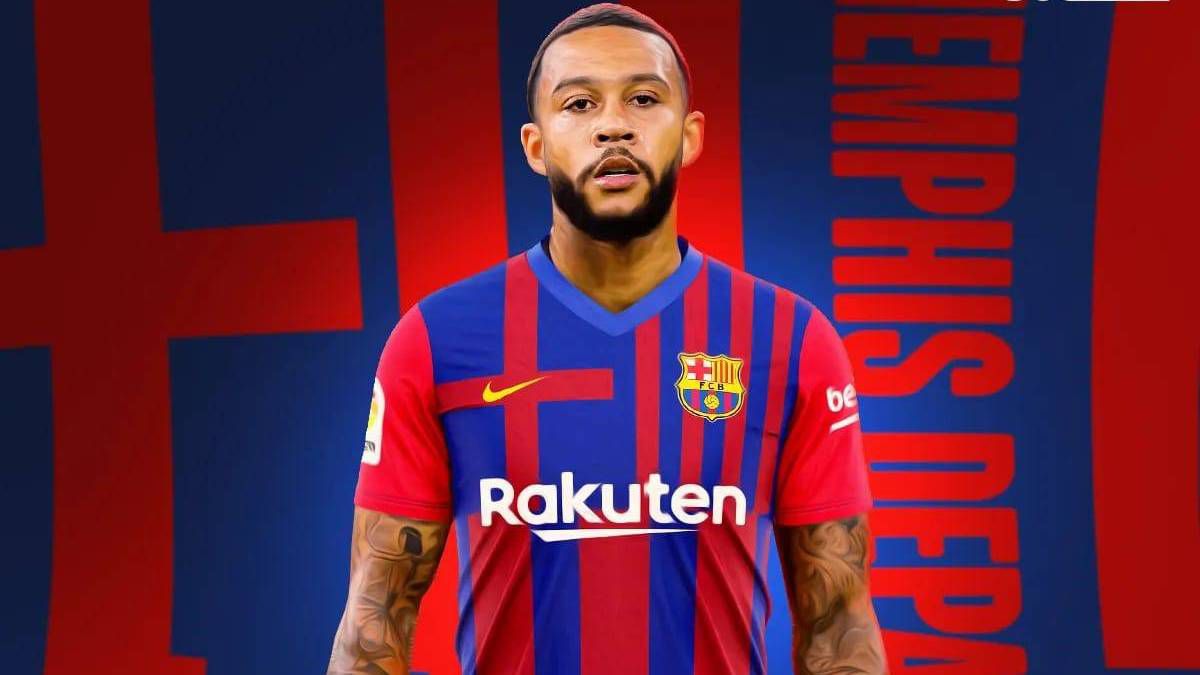 Memphis Depay (2/13/1994) is already a Barcelona Football Club player. The Barça club officially announced this Saturday the signing of the Dutch striker, who arrives free (his contract with Olympique de Lyon ended) and signs until June 2023. In a 20-second video, introduced by the spectacular tattoo of a lion that adorns the player’s back, Barça welcomed him. Yes indeed, the Barça club did not specify the termination clause, a detail that could have to do with the last fringes of the negotiation. Memphis (he prefers to be called that because his father abandoned him as a child, although his Twitter account also maintains the last name Depay) is Barça’s fourth signing, after those of Eric Garcia, Agüero and Emerson.

The signing of Depay fulfills the expectations of the Barça coach, Ronald Koeman, who yearned for his incorporation for a year and is convinced that the signing of Depay will increase the competitiveness of the squad. Depay, however, has wanted to qualify part of his contract. In principle, he was going to sign for three years but, finally, and warning that Koeman can leave Barça next year, he preferred to sign for two and be the owner of his future next year, when Barça, if he wants to extend him, he will have to negotiate so that he does not stay free.

A Dutch international in all categories, Depay began his career as an amateur at Moordrecht. From there he went to Sparta Rotterdam and then to PSV Eindhoven, where he exploded (39 goals in 90 games). Manchester United got their signing in the summer of 2015, but it didn’t work (just two goals in 33 games). From there he went to Olympique de Lyon, where he was a benchmark and reached football maturity (63 goals in 139 games). It is one of the leaders of the Oranje and arrives at the perfect point of doneness. Depay scores, but he also plays and speaks the language of the good guys in football. Koeman has all the faith in the world in him.