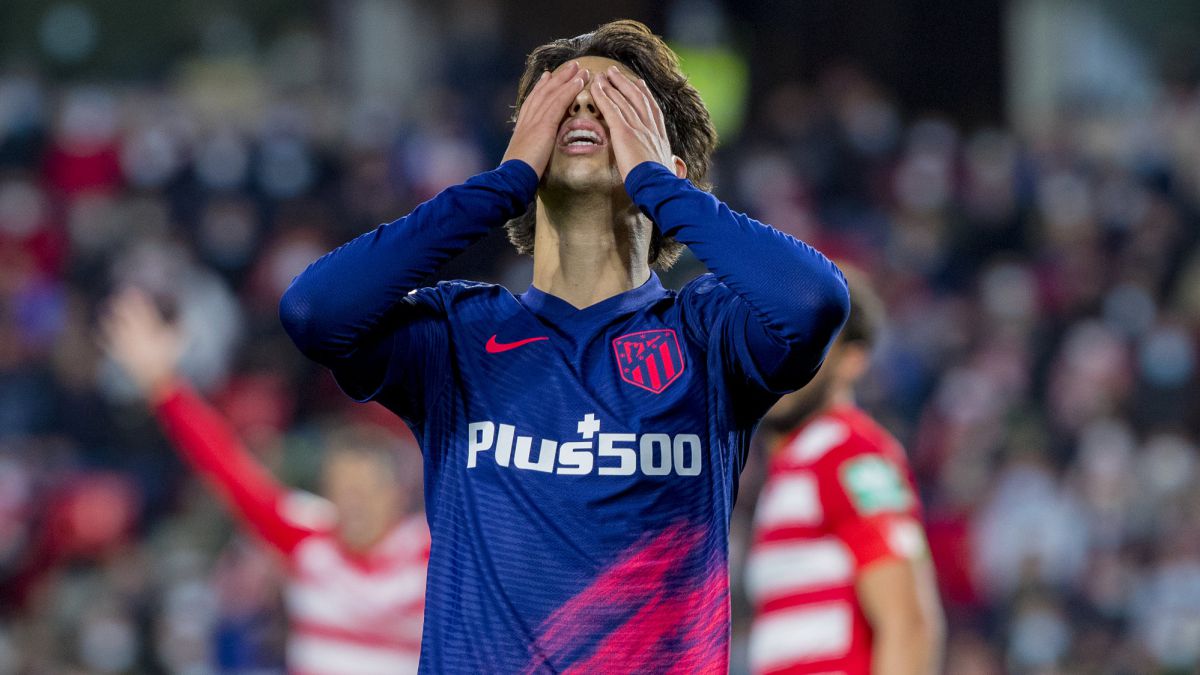 And with João Félix either. And that it took a minute and 39 seconds for the Portuguese to hit the grass. One minute and thirty-nine seconds it took João Félix to show Simeone why he should start. Beyond the words, the agents, the millions. Talent needs no frills, only minutes. And one minute and 39 seconds after starting again, in Granada, João Félix filled Cholo’s gesture with confetti with a marvel. The Portuguese received in the center of the field and, with his back, he ripped the brand off with an oriented control. Plic. Art. And he stampeded. When he got to the area, he subtly beat the goalkeeper, with a cross shot that lodged in the back of the net from Maximiano as she ran to hug Lodi. Control, speed and definition. Pure talent.

The blow did not knock down Granada, who reacted by taking the ball and moving it fluently. It began to cost Atleti a world to get to Maximiano’s area while Robert Moreno’s in Oblak’s were presented in four touches. João’s goal had been a faint make-up on the faces of Cholo’s men, prisoners of their usual mistakes. Steps back, a midfield that neither builds nor destroys, lack of speed and circulation, an ocean between the lines. He believed he dominated the duel just because of that advantage on the scoreboard. But, the story of this season is, Granada only needed one shot to match it.. So easy. Only one. The spoils of the goal on the first try. It is true that it was a genius of Machís. That broke a gray De Paul in a change of pace and, after a diagonal inward, from outside the area, a dry and hard shot was taken from the boot halfway between rocket and missile with only one target: the net of Oblak. As true as that a miracle no longer sprouts from the goalkeeper’s gloves. Those gloves that had made a routine of it. Stop the carts, the missiles, the balls impossible for others.

Atleti, threatened, returned to play again, as if he only knew how to do it when he felt persecuted. Lemar woke up, led the way to the area for his band. Maximiano was filled with work. He left his area once to clear twice at ground level, he put his gloves up again to clear a right hand from João. A João who was all the danger of Atleti. He celebrated another goal when the break loomed, when Lemar’s combed ball headed into the net. But, piiii, the whistle froze his celebration. That goal would never go up to the scoreboard. Canceled by, it is assumed, lack of João to Luis Suárez in the jump. Canceled. What was legal in Nervión on Saturday, yesterday in Granada was no longer. And the referee only said: “Go on, go on.” The VAR no longer enters hardly anything. Although the jump was clean, although João had only supported, slightly, the hand on the Colombian’s back, after finishing off. But their protests were of no use. The Atleti went to rest looking at the 1-1 of the electronic one and feeling how, in the blood, the injustice boiled him.

The second half started without Arias, injured in a race with Carrasco at the end of the first, and an enraged Atleti. He came out with pressure, touch, without a breath. And João Maravillão. But luck this year only beats the champion. Because the wood of Maximiano’s goal still trembled from the bolt shot that the Portuguese had stamped when Oblak again stamped his gloves angrily on the grass. João’s post had been followed by a bad control by Kondogbia, against Nazarí and a goal from a Jorge Molina who was lame. First canceled, then, after going through the VAR, hanging over Cholo’s bench and his defense between pins and feet of clay. With footballers who are verbenas: Felipe and Hermoso.

He responded with a triple change. Suarez out without gestures. Inside Herrea, Cunha and Correa. To look for the tie, to find a crack in the pediment. Granada hid at Maximiano’s feet, although he continued to carry danger when he was hunting a counter and Robert Moreno’s Luis Suárez ran towards Oblak. The Slovenian took out the mitten to, this time, do a miracle and avoid a third. With forcefulness, the lost word. That Atleti no longer has it in their area or in the opposite, which pushes the games to the sink. Like his lack of hierarchy, of character. Cunha forgave in the end, when Maximiano missed a rejection. Atlético died stamped against the Nasrid fronton, without being able to scratch him. Simeone reaches his tenth anniversary at Atlético, tonight is, at his worst: out of the Champions League, behind Rayo and Madrid, with match by match turned into worrying defeat to defeat.