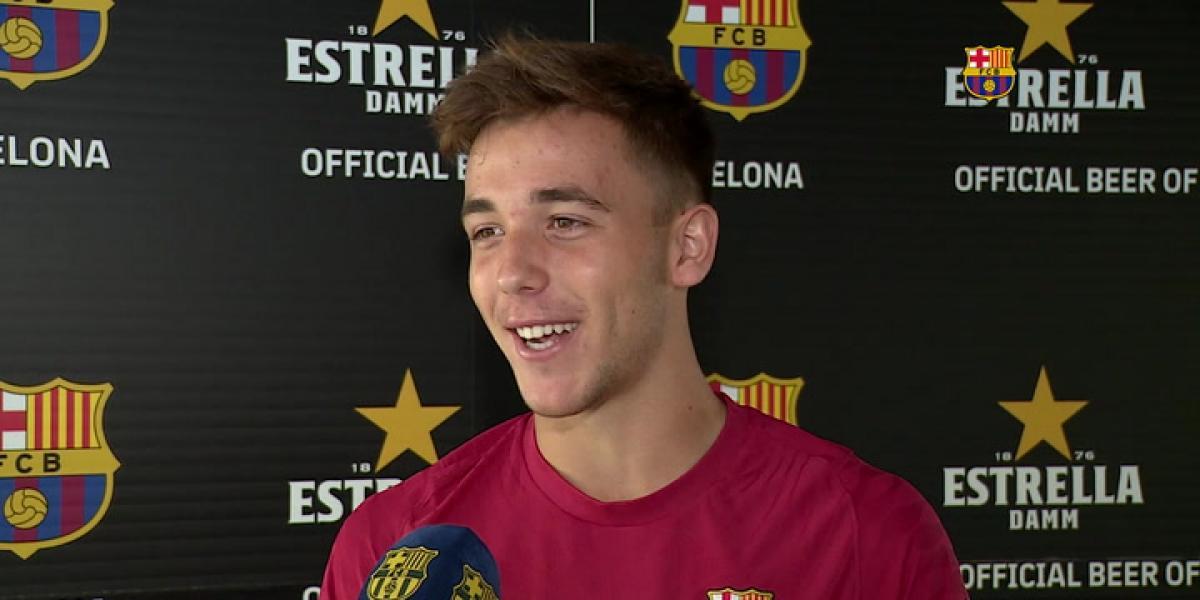 “For a lifetime at La Masia, debuting with the first team is the dream I’ve always had. Today that dream has come true and I couldn’t be happier. Thank you very much to all who have made this moment possible. VISCA EL BARÇA ”. In this way he celebrated Nico Gonzalez (19 years old) his official debut with the Barça first team against Real. He accompanied his message on Instagram with an image of the moment he entered the field to replace Sergio Busquets, who is called upon to give more than one break in the midfielder position, although he can also play inside.

The day after, in statements to Barça TV, he confessed that he has plans for the shirt for its premiere despite the fact that he has already received some hint: “This shirt is not given to anyone, I keep it, my father has asked me for it But I think I’ll frame it or something. It’s something unique and it only happens once in a lifetime. “

His father is one of the best left-handers that Spanish football has given in recent decades, Fran Gonzalez, who played for Deportivo between 1988 and 2005, captaining him in his best courses.

“I felt a lot of emotion because it is a field that impresses a lot, motivates a lot and I had a lot of desire and enthusiasm, I have been watching those who are now my teammates play there all my life and I was very excited and eager, it was very beautiful,” he said Nico, who arrived at La Masia at the age of 11 from Montañeros.

“The preseason has gone very well and we were several young people who could make our debut on this first day because we deserved it and I was lucky that I had the opportunity. They did not imagine being so comfortable and well in the first team,” he explained the Galician.

Revealed that “Koeman He told me to enjoy, to be calm and to give everything in the field. Then I celebrated with all my teammates, happy for the victory, although Real players also congratulated me “.

He dedicated it to “family and friends, those who have always supported me and who are now enjoying this experience.” Among them, Fran, of course, but the shirt, not to mention.