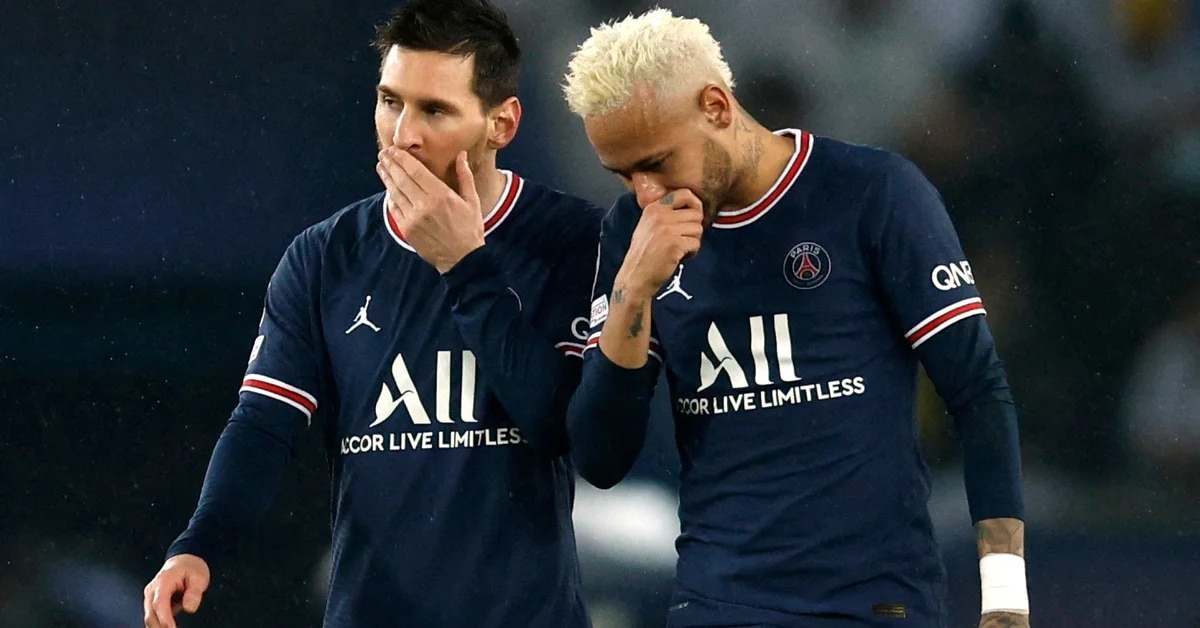 The match between PSG and the Real Madrid for the first leg of the knockout stages of the Champions League continues to give something to talk about. Yes OK the Parisian team managed to emerge victorious with a goal from Kylian Mbappé at the end, the criticism from France was immediate, especially after Lionel Messi’s performance during the 90 minutes.

The press of the Gallic country He charged hard against the Argentine and assured that it is “sad to see him like this”. So much L’Equipe What LeParisien they gave him the lowest score (3 and 3.5, respectively) of the entire campus and was recently RMC Sports the one who revealed a detail that occurred in the locker room at the end of the meeting.

According to information from the French media, the Argentine ended the duel touched emotionally for his missed penalty and for not having been able to contribute more than he expected during the 90 minutes and that is why Neymar approached to comfort him.

In the article, the sports digital portal reported that “Neither the club nor the players showed a scene of joy in the locker room nor in the corridors of the Parc des Princes”. In addition, he explained that the president of the club, Nasser Al Khelaifi, had a talk with the players in which he highlighted the collective “high level” they had, as well as reminding them that “Nothing was won in this double confrontation.”

“The Argentine is aware that he could have weighed more in the match. But the former Barcelona player was quickly comforted by Neymar in the locker room.. The Parisians are now focused on the three weeks they have to manage before the second leg”, detailed the journalists Loic Tanzi and Arthur Perrot.

In one of the many videos that went viral of the meeting, one in particular could be seen filmed from the stands of the Parc des Princes that showed the celebration of the players with the fans after the win by the minimum. In the images, while most of the players applauded and celebrated with the fans, it appeared Lionel Messi disconnected from that euphoriastill beaten by his missed penalty.

It is that this match, added to the previous one against Rennes, with an identical resolution in which PSG won by the minimum with a goal from Mbappé at the end, increased the mixed feelings of the fans. The French striker continues to show signs of his quality, while the Argentine has still not managed to translate the flashes of level that he displays into a constant.

The young Frenchman, 23 years old, It was by far the best of Paris Saint-Germain against Real Madrid and brought the Parc des Princes to ecstasy with his 94th-minute goal, while the 34-year-old Argentine missed a penalty and had a much more subdued performance.

The noisy Parisian fans rewarded with chants and ovations the snatches and shots of Kylian, Bondy’s displayed exuberant physical power. Meanwhile, Messi wore much less. He went down to the center of the field, even sometimes as a left midfielder, looking for spaces to try to generate play.

The French press gave Lionel Messi a 3 after PSG’s win against Real Madrid and criticized him: “It’s sad to see him like this”
Courtois told how he saved Messi’s penalty: “I studied it a lot”
The memes of the triumph over the hour of PSG against Real Madrid, with Mbappé’s goal as the main protagonist