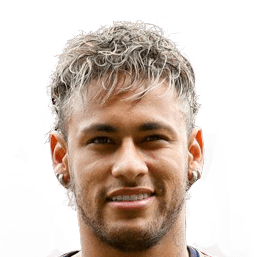 PSG will experience a summer of changes. The renewal of Mbappé and the goodbye of Leonardo and Pochettino could be the beginning of a new era for the Parisian club. An era in which there are doubts on the position of Neymar. ‘L’Equipe’ revealed that the Brazilian’s contract can be renewed automatically until 2027, but president Al Khelaifi, in his latest statements to ‘La Gazzetta dello Sport’, was blunt about his situation: “Beyond the rumors about the Neymar’s future, everyone has to give their best. And, if not, they will have to leave, like those who took advantage: there will be sales”.

The Brazilian has the upper hand to decide his future. A year ago, the Parisian team renewed him until 2025 and inserted a clause in the contract extension contract that causes Ney to activate from July 1 a renewal until 2027as reported by the newspaper Le Parisien.

In the renewal contract he signed, which was initially until 2025, Neymar had two clauses: one to renew until 2026 from July 1, 2021, which has already been activated, and another to extend his relationship with PSG until 2027, which could run from July 1.

In the event that Neymar renews until 2027, PSG would have practically impossible to part with his services. First for a contractual issue, since resolving the contract would cost Qatar more than €150 million and second for his salary, since there are hardly any clubs in Europe that can take it on.

The most likely, despite these phrases, is that Neymar will continue under the Eiffel Tower. Finding a team that puts on the table the almost 50 million euros gross that PSG guarantees each year is very difficultbut the market is unpredictable. As AS learned, in fact, in the last few hours the Brazilian’s intermediaries contacted Juventuswho in this session is one step away from closing the incorporation of Pogba and awaits Di María’s response.

For the Italian team the operation is unaffordable with the striker’s current conditions, he would have to give up more than half of his current salary. The Crescita Decree, the ‘Beckham Law’ of the Bel Paese, is an enormous help at the fiscal level, but it would not be enough either. The most that the Vecchia Signora can offer its stars at this time is what has convinced Pogba, 8 million net per season plus two in variables. Leaving PSG would be very expensive….