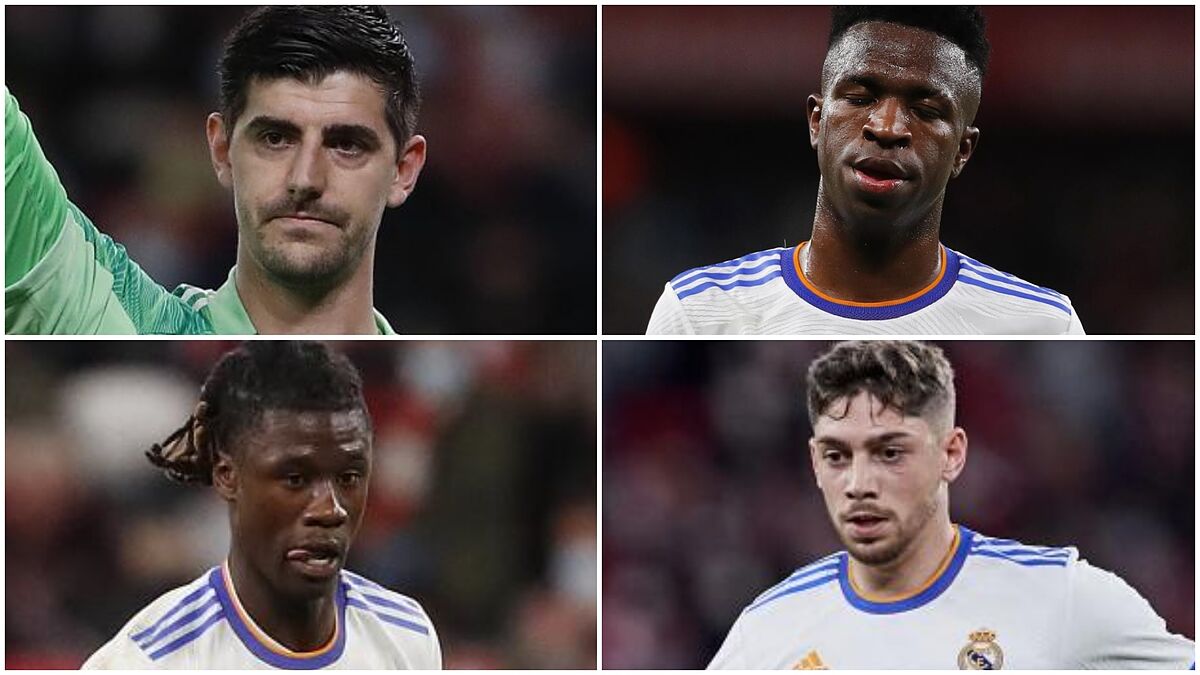 ANDl real Madrid FC announced this Wednesday that the players Courtois, Valverde, Camavinga and Vinicius Jr. have tested positive for COVID-19. It was yesterday when all the players passed the tests in Valdebebas and today when the results were known. The good news is that the footballers have not gotten together after the holidays and that the outbreak spread through the locker room is now not possible. All the infections have occurred during their Christmas holidays. Vini Y Courtois they are asymptomatic.

Tomorrow morning, all the players will undergo a new PCR test to avoid a new outbreak and control asymptomatic cases that could have given negative in yesterday’s tests. It so happens that three of those infected were traveling on their rest days. Courtois was in Dubai, Vini in Miami and Valverde in Argentina. Fede was with the family and has been infected for the second time, since the footballer already tested positive at the end of April, in the middle of the tie against Chelsea.

“Unfortunately, and despite complying with all the measures, I have tested positive for Covid at the last check. Although I do not have any symptoms, I am at home following the corresponding protocol and training to return as soon as possible, “he said. Courtois on their social networks.

“Despite complying with all the measures, I have tested positive for Covid. I have no symptoms”

The situation at the white club continues to be one of ups and downs. Asensio confirmed his negative in PCR and many madridistas breathe relieved seeing the new casualties that are presented again. And it is that Madrid ended the year in the box … and it seems that Modric, Marcelo, Rodrygo, Bale, Lunin, Alaba, Isco and Asensio are going to start with similar problems in the final stretch of 2021 …

The departure of Courtois will open the doors of starting for Lunin, who has yet to make his debut this season. The goalkeeper was going to be the starter against Alcoyano in the Cup on January 5 and will also have to play on the 2nd against Getafe and probably also on the 8th against Valencia. For the Spanish Super Cup in Arabia already Courtois.

The center of the field also remains in a delicate situation with the losses of Camavinga and Valverde, who had been starters against Cdiz and Athletic. Ancelotti recovers, yes, to Casemiro and Modric.