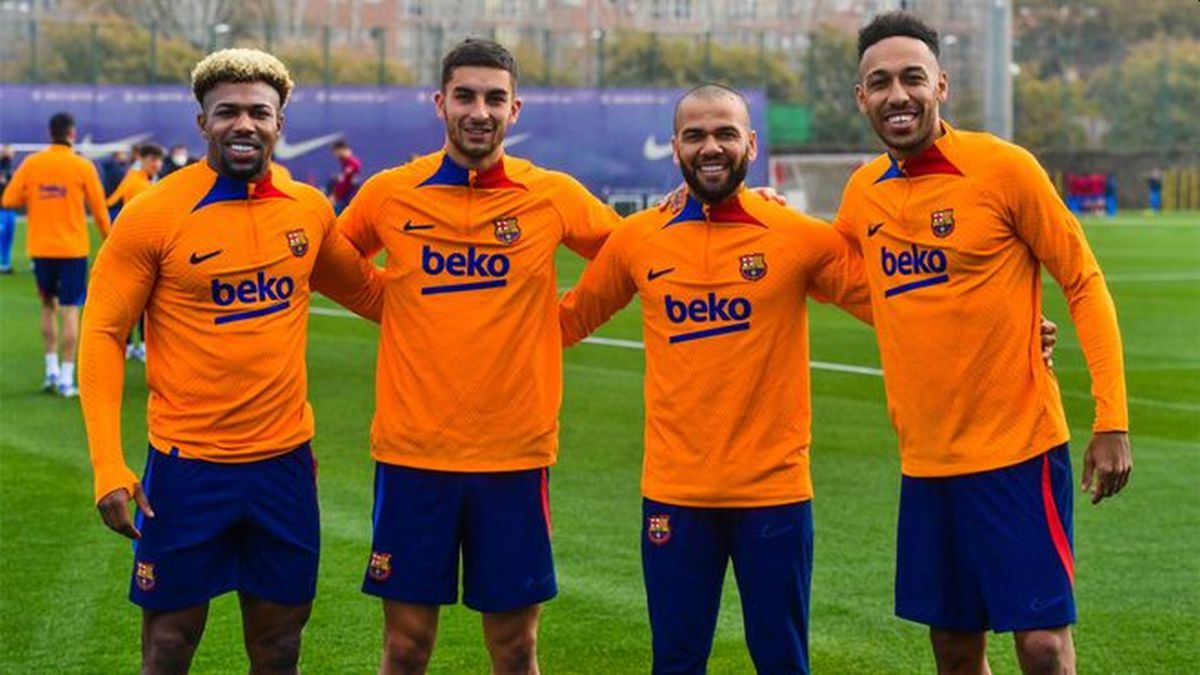 Nobody has spoken in Barcelona in the last 15 days of the match against Atlético de Madrid. The presentation of the signings, the Forensic, the sponsorship of Spotify, the Dembélé or Ansu case have swallowed the sporting reality of the club. Delicate, on the other hand. Barça, who lost 2-0 at the Wanda for which it is very difficult to recover their particular goal average, is playing a lot this Sunday against Atlético de Madrid at the Camp Nou. If he loses, he will finish the day four points behind fourth place with an imminent delicate calendar (Espanyol, Valencia and Athletic in addition to the match against Napoli)

This Sunday is a coaches day. And Xavi can no longer complain about lack of troops. The club has made three more strikers available to him in the winter market, who come to join a few more who already had a promising midfield in which Pedri has been the hand of a saint. The moments of the canary against Real Madrid, Athletic and Alavés have been impressive; and points to a new leader in a team that has that area of ​​the field well covered with Frenkie de Jong, Busquets, Gavi and Nico.

This Friday Daniel Alves and Araújo joined the group. The Brazilian, somewhat annoyed at having been left out of the Europa League list, and the Uruguayan point to the headlines. Alves, Piqué (just turned 35 this week), Araújo and Jordi Alba will form the starting defense. Busquets, Of Jong and Pedri could form the center of the field; and Ferran will debut before his new fans. They would hang the left winger and center forward positions. Aubameyang and Luuk de Jong compete for the position of killer. In the left-handed profile, Abde has failed in recent games. Two options open. That Xavi, after convincing Laporta, line up Dembélé in recent months, with which a powerful trident would dawn: Aubameyang (Ousmane’s good friend), Ferran and Dembélé; or the possibility of playing with Gavi as a false left winger sharing the ball with Pedri. A new Barça forced to be a better Barça to meet, at least, the minimum objective, to be in the Champions League. Although Laporta said that the objective was the League…