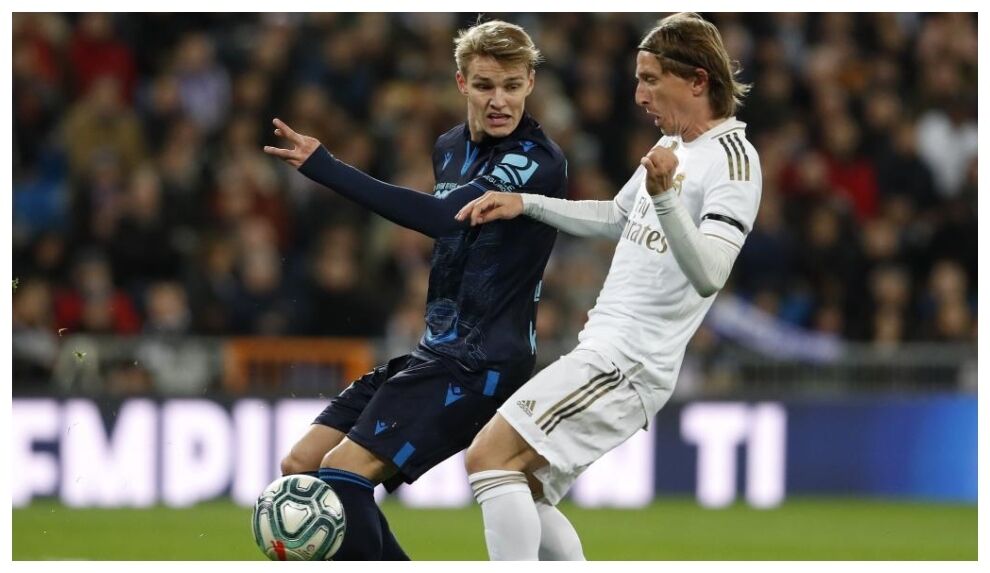 Modric’s recital against Scotland congratulations to all madridismo … except for Odegaard. The second youth of the Croatian is bad news for the Norwegian, who will be able to see how the history of last season repeats itself if Luka maintains his ‘galactic’ level of play, which has extended to the Eurocup: great goal and assist in the decisive victory that put Croatia in the round of 16 and undisputed leader of the national team.

Odegaard has to come back… and this time to stay. Madrid does not consider transferring him and without Zidane, who did not give him all the confidence that the club understands he should have given him, they hope that with Ancelotti take that leap in quality that brings it closer to the version that he offered at the Real Sociedad. The ‘explosion’ of the Norwegian is one of the great challenges that the Italian technician has been put on the table, along with other young people who, always according to Madrid, they have not reached their full potential with ZZ in front.

But it won’t be easy because Modric has shown itself as an insurmountable wall for Odegaard, who will again have the threat of the Croatian, once renewed until 2022 as a reward for a last season in the white team that has been honored. When everyone took his departure for granted this summer at the end of his contract (the first Madrid recovering Odegaard de la Real to start the relay), Modric has taken a year out of his hat to frame.

And against that I will have to fight Odegaard and against that I will have to look for solutions Ancelotti, what to manage Modric’s imposing moment of form with the need to give the Norwegian the necessary space to carry out the relief that did not have continuity last season and that caused the young player to leave in January for Arsenal, nervous and annoyed at the lack of minutes.

Modric does not lower the level

On June 14, 2020, Modric I was headline with him Real Madrid against Eibar in the first game of the final stretch of the League after confinement. On June 22, 2021, he started Croatia’s third match at the European Championship. In the year that separates one date and another, the ’10’ has played 72 games between Real Madrid and the national team at 35 years of age (That will be 36 in three months).

The incredible Modric he lives a second youth that has led him to star in a spectacular year. He has played 14 of the 16 games with the national team (‘pact’ to miss the two friendlies in September) and played 58 of the 64 Real Madrid games. In total, in just over 12 months, 72 of the 80 possible commitments have been played, 90 percent. Crazy. Beyond the number of games, the credit is in the quality of all of them. Modric is ‘titularsimo’ in Real Madrid and also in the national team.

The seventh ‘grandfather’ of Madrid

Modric’s merit, whose injuries have been respected in recent seasons, is reflected in the historical classification of Madrid players who have played the most games over 35 years of age. In a ranking led by Buyo with 160 games, the Croatian is in seventh place with 48 games played. A position to improve after the renewal, which will allow him to continue accumulating games for another season.

Modric you will have the possibility of exceeding the 54 encounters of Amancio and 69 of Gento, which would put him in fifth position. To continue climbing positions, he would need to extend his contract once more. Miguel ngel played 93 games when he was over 35 years old, Di Stfano 99 and Puskas 120.