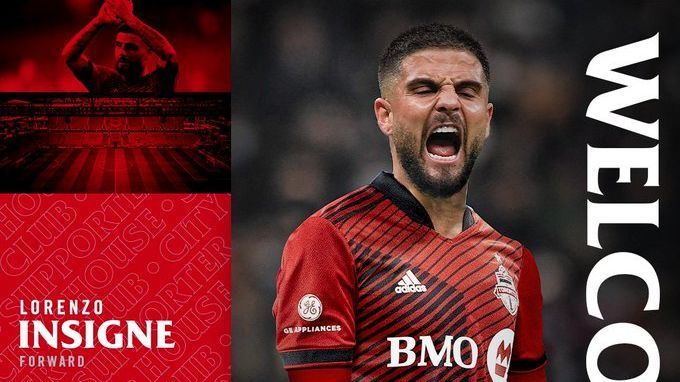 Lorenzo Insigne will play in MLS starting next summer, after Toronto FC announced the signing of the Italian footballer

MLS’s Toronto FC will sign Lorenzo Insigne of Serie A Napoli in the summer market, the Canadian club said on Saturday. Insigne signed a four-year contract and will arrive as a Franchise Player awaiting his international transfer.

The move is the biggest for MLS and Toronto, who finished second to last in the Eastern conference last season., with just six victories in 34 games. The Napoli forward ends his stay in Italy in the summer and will arrive in Canada as a free agent, in addition to various reports that he will earn 12.5 million dollars a year.

“It is a historic and exciting day for our club“Said Bill Manning, president of the club.

“Lorenzo is a player of international stature and is in the best stage of his career. He was European champion with Italy and has played in one of the best venues during his career with Napoli. Lorenzo can change games as he plays with joy and passion. Our fans will love him and see him as a member of our team, ”he added.

“His ability to create opportunities for himself and his peers is special. Seeing him for so many years makes you know that he is a player who works for the team. Lorenzo is a player that you come to see play because there is always the opportunity to do something unforgettable”.

Insigne has played more than 400 appearances for Napoli since leaving the Italian lower divisions and making his debut in 2010. After brief loans from Cavese, Foggia and Pescara, the forward became an idol at Napoli over the past decade and won the Coppa Italia in 2014 and 2020.

The 30-year-old Insigne has also made a good move with the Italian national team, having scored 10 goals in 53 games and was an important part of the team that won Euro 2020 last summer.

The Italian will join full back Shane O’Neil in Toronto as the season’s transfers, as O’Neil arrived last month as a free agent.

MLS’s Toronto FC announces signing of Insigne, but will arrive in summer