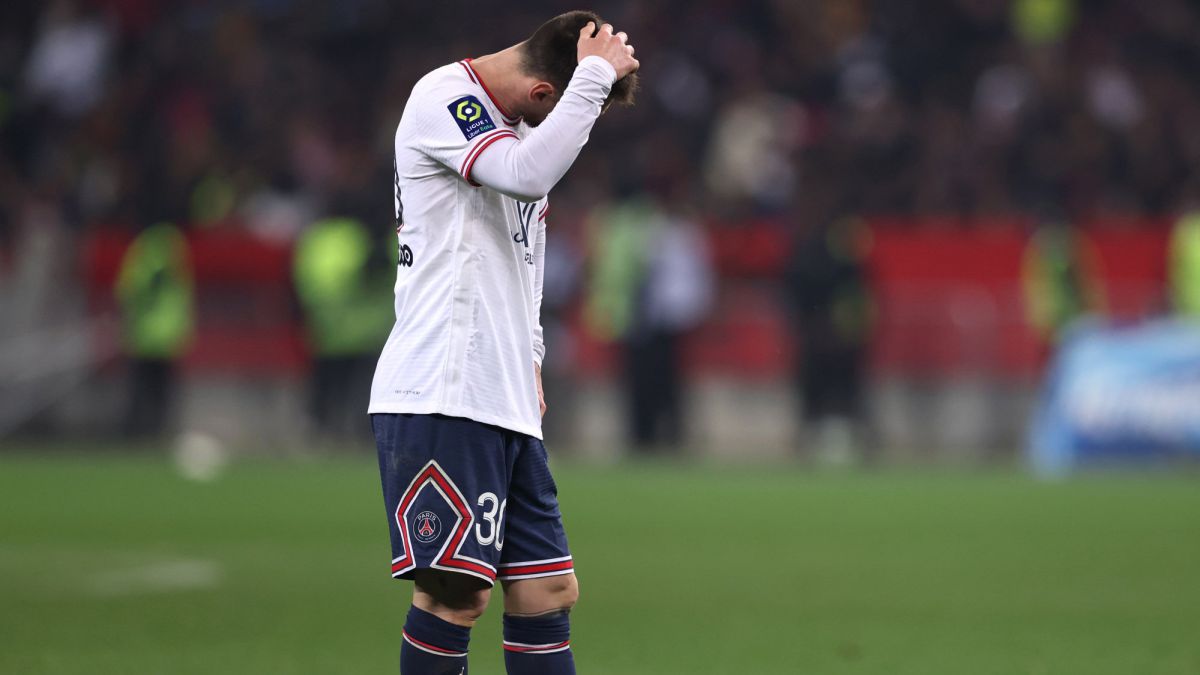 Messi has ceased to be Messi. At least that’s what the numbers dictate. It is true that the expectations generated by the seven-time Ballon d’Or winner, who arrived as a free agent in a market hit practically without historical comparison and presented almost as a Parisian heritage next to the Eiffel Tower, exceeded the stratosphere. But Leo, accustomed to being established in excellence, has not been able to approach them once the halfway point of the season has passed.

The tears of Rosario in his surprising farewell to Barça, when days before his renewal was taken for granted, symbolized the harshness that the separation of an obviously winning marriage was coming. Seventeen seasons in which he has broken all individual records and filled the Camp Nou showcases with titles. Barça owes him a lot, but he also owes Barça. After breaking with his lifelong ecosystem, that so-called comfort zone, The flea is smaller than ever in Paris.

The worst Messi ever

Messi is signing the worst numbers of his careeraffirms Olocip, international company that is a pioneer in the development and implementation of Artificial Intelligence (AI) and that has x-rayed the performance of the Argentine by analyzing, not so much the amount of actions carried out if not the quality they have for your team. That is, the value and the impact, which have been considered positive when they increase the probability of their team scoring a goal or when they decrease the probability of conceding.

If in his last season as a Barça player he averaged a value of +0.73, this one presents +0.26 per game. In other words. This Messi is a third of Barça’s Messi, who has gone from ensuring one goal per game and a half with his performance both offensively and defensively and when it comes to taking control of the construction of the game, to needing four games to do the same. Once this theoretical adaptation has been overcome, the Parisian parish runs out of patience, passing from illusion to disappointment. “He is a shadow of himself”, he said too L´Èquipe after being eliminated by Nice in the French Cup.

The most failed of PSG and Ligue 1

The ’10’, now the ’30’ at PSG, gets the worst grade in the offensive section, in general, and in the finishing section, in particular. Averaging a value of -3.62 in this last figure, he is weighing down a Parisian team with more disappointments than joys. In fact, Mauricio Pochettino is on the receiving end, day in and day out, for still not being able to squeeze the potential out of his constellation of stars. That number indicates that Messi’s shots on goal, by probability, they should have ended in goal more often.

The data places it as the player who misses the most goals, not only from PSG, but also from Ligue 1. Only Gaëtan Laborde, Rennes striker, saves him from not being the worst. According to Olocip’s forecasts, he should have scored at least four more goals than he has. Something unthinkable a few years ago, when he established his dictatorship of terror against rival goals. Outside the borders of the French championship the picture is not very rosy either, where he is 4th from the bottom.

“There is something sad in seeing him like this,” said L’Èquipe after his gray game against Madrid. However, just a week and a half later he was included in the eleven of the week in Ligue 1 after his performance against Saint-Éttener, with two goal passes to Kylian Mbappé, who has absorbed on his own merits the light of the Argentine and the of Neymar. “From angel to demon”, wrote the prestigious French medium. Once again kneeling against Nice in the last game before the momentous second leg of the Champions League round of 16 against Real Madrid, he went down to hell: “It was transparent“.

His facet as a builder of the game and defensive saves his pride. The latter is the only one in the Argentine star’s game that has improved compared to his performance as a Blagurana. One more Messi at the service of the team. That he makes up for his lack of inspiration and precision with involvement…and assists. There he is still the king. With ten, along with Mbappé, he is the player who gives the most goals in Ligue 1.

However, these values ​​are still lower than those presented by his Barça service sheet from last season. Only with his total volume of passes, added to that of his assists, is he capable of generating more value than at Barça last year. The most down-to-earth Messi, at the moment, has gone from being an all-round player to an excellent game generator. A not very hopeful constancy that joins the possibility that Mbappé will not reach the match against the Santiago Bernabéu, due to a blow, and with Neymar recently returned from his ankle injury.