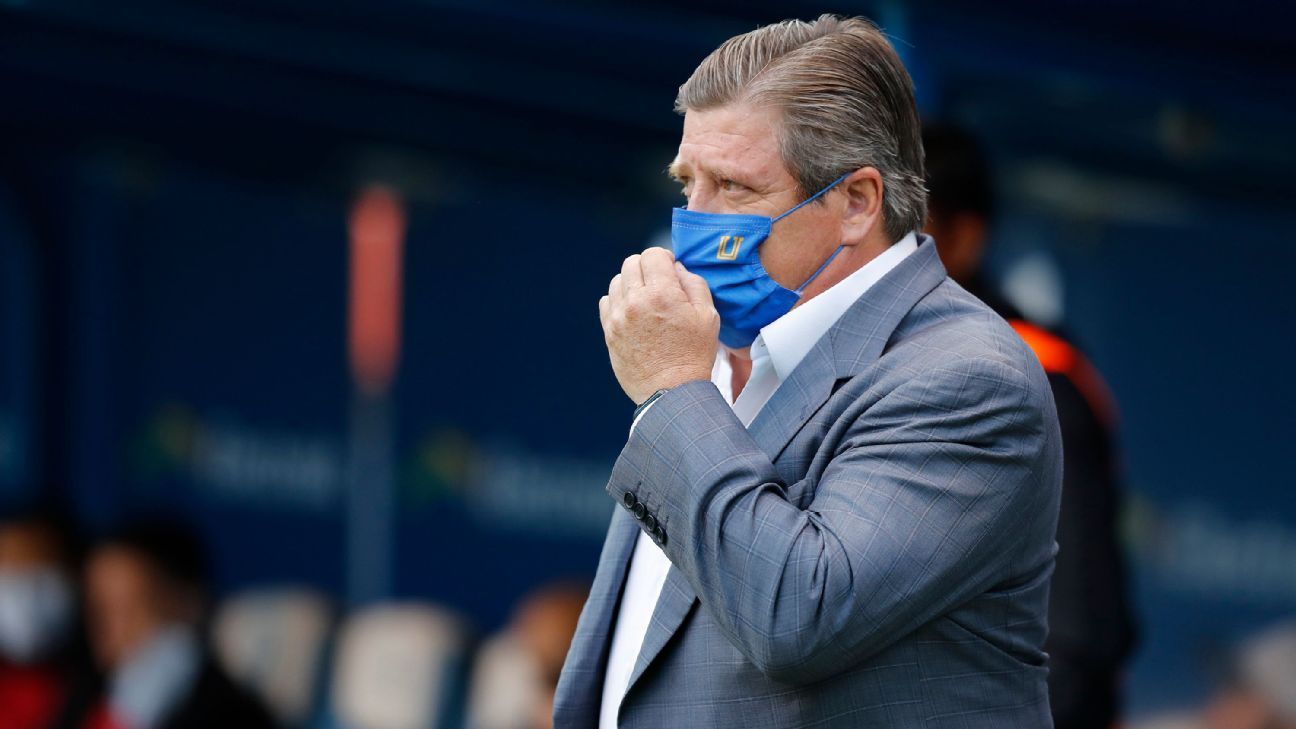 Miguel Herrera accepts that the results of Tigres generate discomfort in the fans, but promised to give them satisfaction at the end of the tournament

Miguel Herrera assured that he is responsible for the level of play that he has shown Tigers in the Opening 2021, of which he knows people are upset, but he was confident that they will improve and give them satisfaction for the following commitments, in which he already hopes to have the French André-Pierre Gignac.

“We are moving forward and the person responsible for this situation is me, we have to work hard to change this, I know that people are not happy, they are upset, but I am sure we are going to give them great satisfaction,” he said at the end of the tie against Puebla at the Cuauhtémoc stadium.

The felines have so far had a victory, two draws and a defeat so far in the tournament, they have struggled to achieve good results, but the helmsman gradually hopes there will be improvement and for now he trusts that Gignac will recover from his injury to play next week with the team.

“I hope André can be there for Tuesday, let’s see if we can use him for a few minutes, let’s see, we’ll see how he is, Guido Pizzarro we talked about four weeks, we already recovered Florian (Thauvin) due to the expulsion, whom we could recover immediately It’s André for this Tuesday or Friday, “he said. Miguel Herrera.

Regarding the three red cards that the cats have received in four days, the helmsman said that the circumstances of the expulsions have been different, but that they must be clear that they cannot suffer from these situations.

About the match against Puebla, Miguel Herrera He indicated that they lacked more forcefulness in front of the rival’s goal, but that they will have to solve everything with the daily work in training.

The Puebla coach, Nicolás Larcamón, spoke about the situation of the player Dieter Villalpando and that it will be in the next few hours when his situation is determined, after he is on trial with the team, and left open the possibility that a new reinforcement will arrive.

“The situation of Villalpalndo we are defining it in these hours, there are two days left, we will evaluate to make the final decision and there incorporate one more reinforcement, I have the name I want and hopefully it ends up giving,” he said.