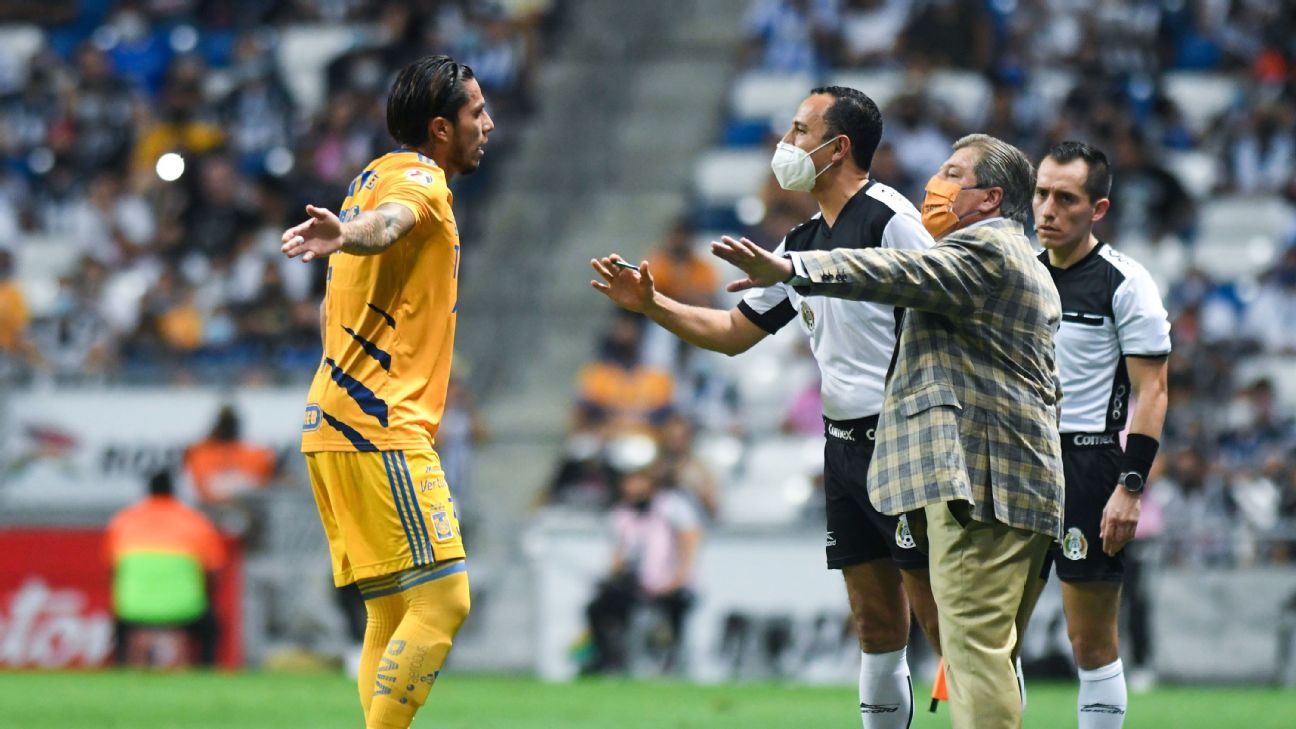 Coach Miguel Herrera asked the defender for reflection Carlos Salcedo to keep calm in Tigres and solve their “problem” with the Mexican National Team, which is under the command of Gerardo Martino.

“Carlos is a guy who suddenly gets angry because of the circumstances of a match, in the classic he got angry with the card they put on him because it was not taken well, we tried to calm him down. We had to take him out of the game because he was out of his mind, about what the game is about, on the bench we managed to keep him focused, we didn’t want him to be thrown at us. “

“These are the things that you have to talk to Carlos about, you have to take it with equanimity and talk with him, he will have to seek to solve the problem he had with the national team and the national team coach if he wants to have a more solid, stronger team, with more people, who will also have to do their part, “he said.

Miguel Herrera declared the above after Carlos Salcedo left the Classic Regio upset against Rayados, in which the cats fell 2 to 0 in the duel that was held at the BBVA stadium.

Regarding the fact that a player like Diego Reyes seeks to return to El Tri, the helmsman considered positive the fact that he has selection elements and that others seek to be part of the representative.

About the game this Saturday against Pumas, the coach said that the important thing for his team is that they do not fall into excess of confidence Before the step that the capital team has had in the 2021 Apertura Tournament.

“What concerns me is that we do not underestimate the rival, that the work of the boys is good, but I see them involved, aware that those games if you fall into overconfidence, they become indigestible,” he concluded.