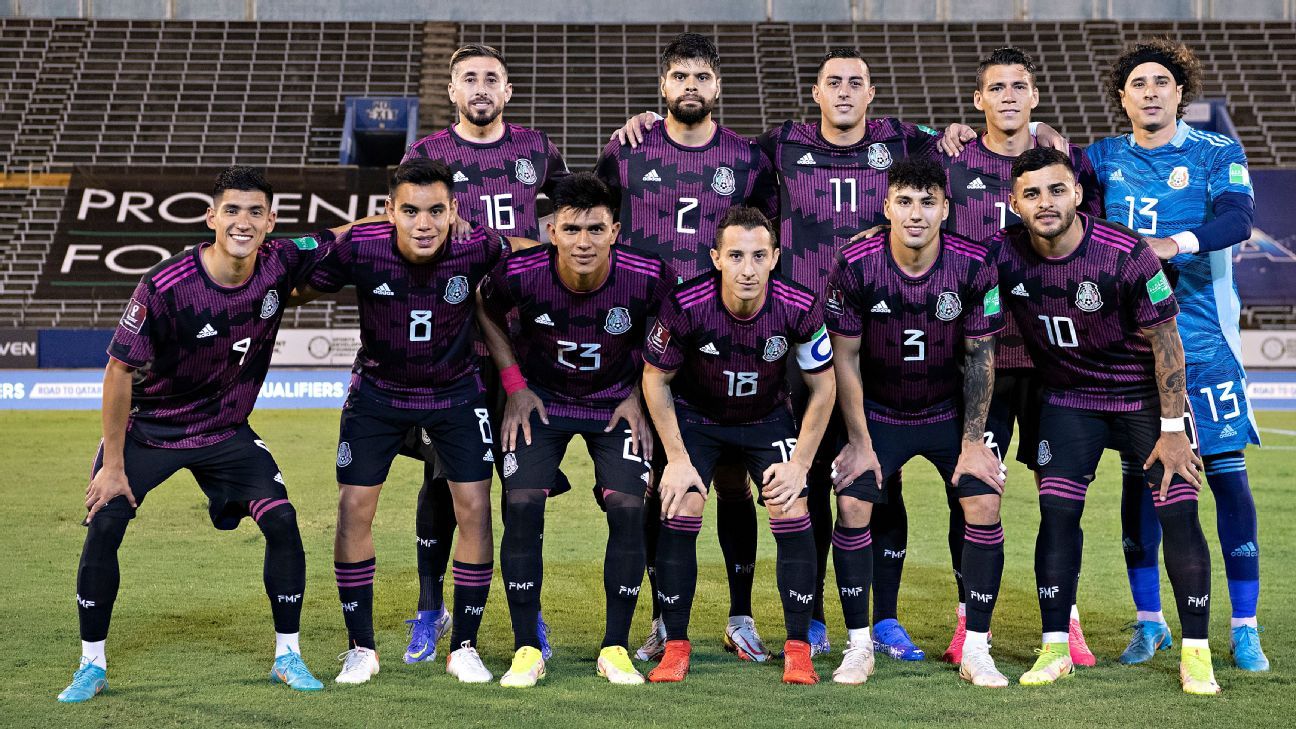 ESPN presents the notes that the Mexican National Team obtained in its first duel of 2022, against Jamaica in the Concacaf Qualifiers heading to Qatar 2022

Mexico imposed conditions against Jamaica 1-2 in the ninth match of the Concacaf qualifying round for Qatar 2022, thanks to goals from Henry Martín and Alexis Vega, who rose to prominence as a Tri figure during the duel held in Kingston.

The goalkeeper saw most of the actions take place on the opposite side of the court, as Jamaica only registered three shotshowever, only one on goal was enough to complicate the duel for El Tri, in a play in which the defense failed and left little room for maneuver to stop.

The starting right back against Jamaica withdrew with discomfort in his left leg during the first minutes of the duel and was replaced by Luis Rodríguez.

The defender went through the duel without complications to stop Jamaica’s attacks, however, he cleared a corner with his head towards the center of the area and this serious error caused the rival’s goal at 50′after a series of bounces.

The experienced centre-back played his position well; he stood up for the team in balls in the air and in prefabricated plays against.

The left-back took advantage of the freedom that the rival gave him to travel his flank to the final line, however, in the last third he could not with Junior Flemming’s markwho covered his centers and prevented him from associating himself with the ball at his feet.

In better shape compared to previous duels, the midfielder carried out mixed tasks and his vision was key to connecting strokes with the more advanced playersalthough without success in front of goal in later actions.

The Tri captain also showed more rhythm and vision to find his teammates with the ball working in both directions of the field. In attack he contributed key passes and created spaces for the circulation of the ball, while in defense he controlled his sector with solvency. He came out at 54 ‘for Diego Lainez.

As an attacking midfielder, he created chances for his teammates inside the box, moved the ball well with his feet and even dared to shoot dangerously twice. At 84′, in complicity with Jesús Corona, he assisted Alexis Vega.

From the first minutes of the duel he showed himself to be the Tri player with the clearest mind in front of the framewith various shots and arrivals to the bottom line that bothered the rival.

At 84′ his actions on the field of play were rewarded with a ball from Carlos Rodríguez filtered towards the left side of the area, which he caught at first with his left foot and reached the back of the net.

The ‘Brujo’ showed off his speed and complicated the rival on the right offensive side, however, the manufacture of his center was deficient and did not transcend in the actions of the duel. He gave way to Jesús Corona at 71′.

The center forward of El Tri waited for balls inside the area that never came during the 71 minutes he remained on the pitch, with the exception of a clear ball at 63′ that he wasted with a bad contact to send it into the frame. He came out at 71 ‘by Henry Martin

The left back who entered as a replacement for Jorge Sánchez gave a bad game on his flank, with poor crosses on the final line, against a permissive rival, as well as failures in coverage. He also lost easy balls during offensive transitions that Jamaica took advantage of to come out on the counterattack.

On his return to the Tri, the winger replaced Jesús Gallardo on the left at 71′ and raised his hand like a good player capable of fighting for a place in the starting elevenfacing the remaining commitments in the tie.

The midfielder entered the 54th minute for Andrés Guardado and proposed interesting plays on the edge of the rival areawith overflows and dribbles that, for the most part, connected with teammates better positioned to look for a shot.

He entered as a replacement for Funes Mori at 71 ‘and ten minutes later he found the goalafter a center by Jesús Corona for Alexis Vega, whose rebound was left on the goal line for the striker to finish off in an unorthodox manner.

‘Tecatito’ entered 71 and became a factor in El Tri’s comeback against a rival with ten menbut locked back to maintain the advantage.

In the first instance, The attacker appeared with a cross to the left side of the small area that Vega finished off with his head and bounced so that Henry Martín pushed it at 81′. Two minutes later, thanks to his control of the ball in the decisive zoneunloaded the ball so that Carlos Rodríguez gave way to the left flank so that Alexis Vega could finish off the net.

Mexico’s qualifications after the close victory against Jamaica