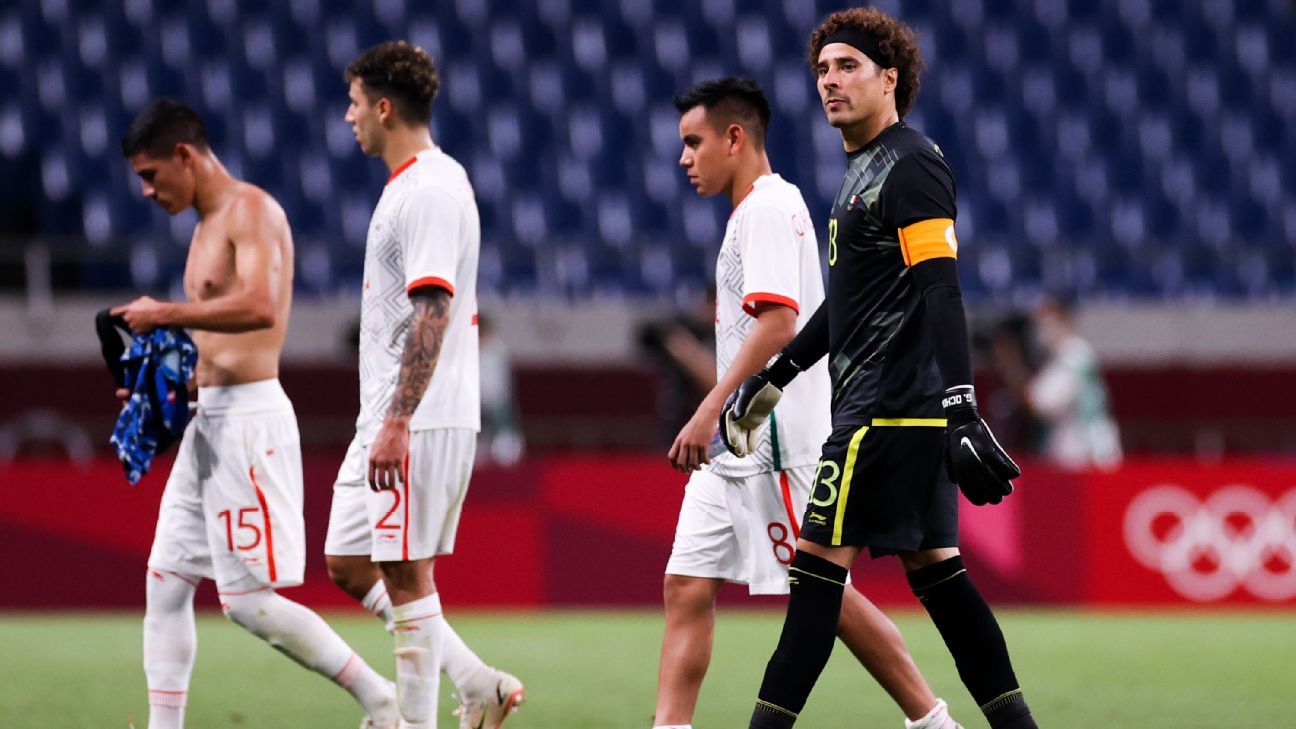 Mexico buried the delusion in 10 minutes. After pleasant and hopeful sensations acquired in the win over France, Tri was enough sigh to demonstrate their vulnerability to Japan.

Two footballers from the host country, number ’10’, Ritsu Doan, but especially the one who belongs to Real Madrid, Takefusa Kubo, they exhibited in an ugly way to the entire defensive apparatus of the Aztec group.

Speed ​​and precision to put on the ropes in the blink of an eye those led by Jaime lozano, who also proved he’s green by not immediately modifying when his team was literally being razed.

Mexico insisted on trying to to elaborate their advances from the bottom, despite Japanese pressure and, above all, the nerves and insecurity by Guillermo Ochoa, César Montes, Johan Vásquez, Jorge Sánchez, Érick Aguirre, and company.

In midfield, the reinforcement and considerate ‘best soccer player in Liga MX‘, Luis Romo, who is supposedly material from export, he got tired of seeing him number Kubo, and did not even manage to commit any fault when he threatened the Aztec goal.

Lozano and El Tri they did not understand the party and paid the consequences. Japan has long since ceased to be a national team innocent that only bases its game on the speed of its players. Today are technical, skillful and intelligent.

And it was demonstrated after 2-0 in 12 minutes, because without going crazy they began to handle the game, they did not give up going for the third, at the time of prioritizing the security of his goal.

In 45 minutes, the closest to a dangerous arrival that the Tri had was a decomposed half-lap by Henry Martín that came into the hands of the Japanese goalkeeper, while the two goals from disadvantage even seemed a good balance after what was seen in the field.

Diego Lainez, who shone against the Gauls based on his impudenceThis time he chose to go almost by system to ask for non-existent fouls; Alexis Vega was never aware that stepping on the ball and looking for brilliance is no alternative when they are beating you; while Sebastián Córdova played ‘incognito’.

The Mexican goal to minute 86‘it simply does decorous a marker that could end in thrashed, but above all cheats – hopefully not to Lozano and his people – who will assume that the Tricolor had a great reaction and even deserved to draw.

To this generation of Aztec footballers, certainly with talent, the medal has been hanged in advance, but on Sunday in Saitama it was shown that there is no Nothing further from reality.

The victory against France does not lose merit, but it must be given its proper dimension. The Gauls were an extremely poor, hopeful in what Gignac, player of 35 years that militates in the Tigres and that goes as reinforcement before the refusal of the European clubs of give in to their great figures for the Olympics.

The pass to the Quarterfinals is still in the hands of Tri, because of beating South Africa it will be among the best eight teams of Tokyo 2020; However, from today it is worth anticipating that with everything and that he is eliminated, this rival will not be any ‘flan‘, because despite its marked limitations it has a good offense and speed, a weapon that, it was shown, makes him a lot damage to Mexico.

Has happened in countless occasions… A national representative presents himself with victory on a huge stage, it becomes a national holiday, everything is’carnival‘, it is labeled’World Champion‘… And later? The Apocalypse.

Well says the Mexican writer Juan Villoro, “the delusions they last until they run into the reality”.