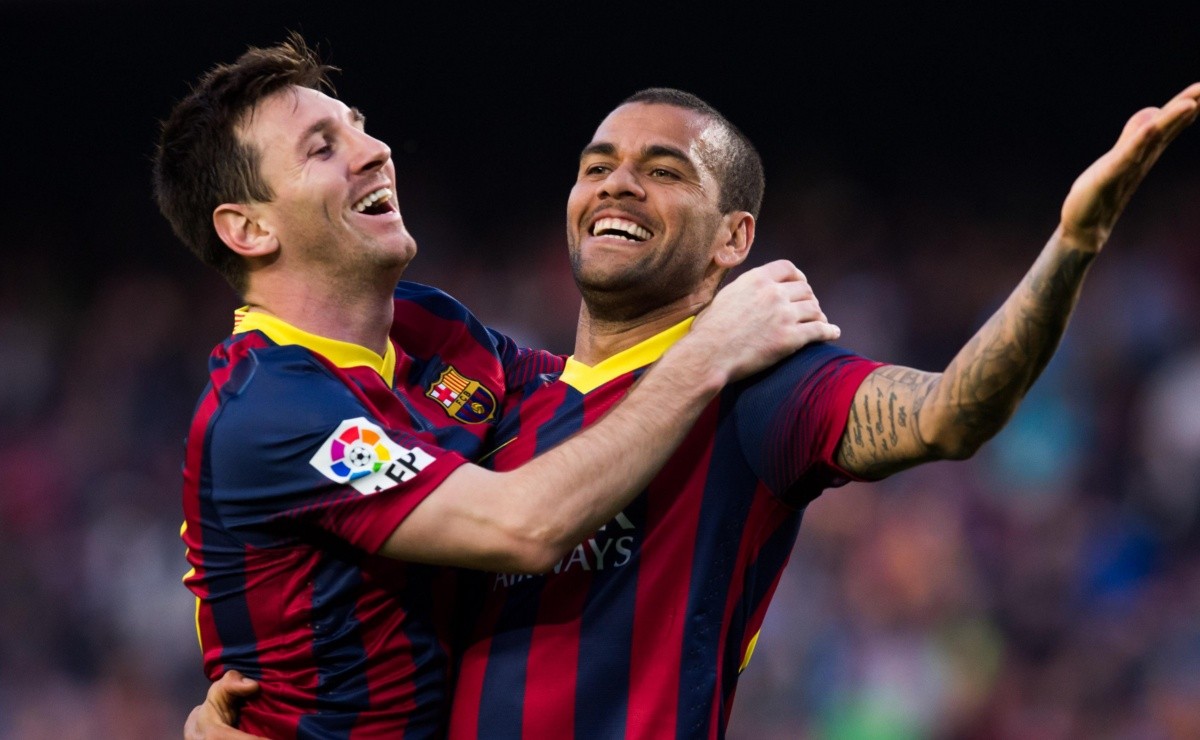 Leo remembered his great friend and told him that he is going for his record.

No rumor, no speculation. Lionel Messi is really leaving Barcelona, ​​and today it was officially confirmed in the press conference he gave in front of all his teammates, various leaders and his family.

The ’10’ broke before the wave of applause that came from those present, and then clarified several questions, especially why he ended up leaving for another course, which he still does not know if it will be in France and what comes to the club after today.

At one point, he took the trouble to mention Dani Alves, his great friend and partner in the Culé team for several years, for a particular reason: “I want to continue competing, fighting for titles and adding titles to my career. By the way I congratulate Dani Alves who won the Olympic medal (in Tokyo, in the final that Brazil beat Spain 2-1), but I am very close to him and I’m going to fight to reach it. And pass it if possible “, warning.

And followed: “People know me, they know that I am a winner, that I want to continue competing, if I had stayed here, I would have fought to try to win everything, and I want to finish my last years of career in the same way.”

How does the dispute come? With the recent trophy he raised at the Olympic Games, the Brazilian reached 43 celebrations in his entire career, while the number ’10’ ranks 38 between what he achieved with his club and the Argentine National Team, where he still hopes to add many more.