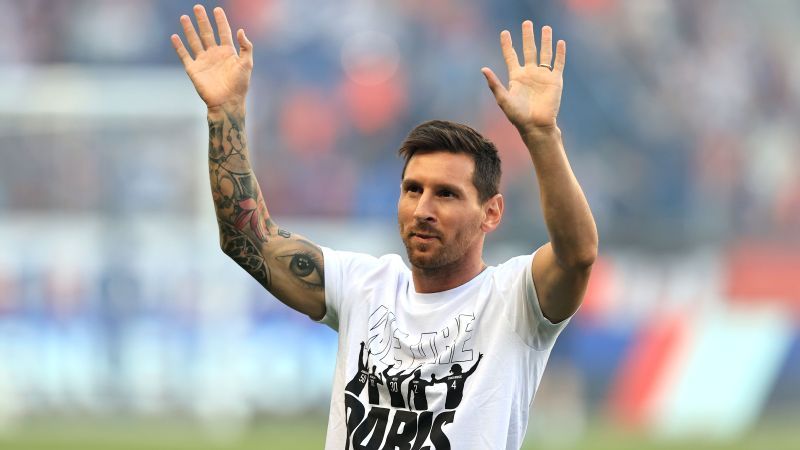 They won the last match of training on Monday morning. Of course they won it. During what was just his second full practice with the entire Paris Saint-Germain squad, Lionel messi He was part of the winning team. And what colleagues he worked with: Keylor Navas, Neymar, Angel Di Maria, Julian Draxler and Kylian Mbappé. His opponents, including Mauro Icardi, Marquinhos, Marco Verratti and Achraf hakimi, they couldn’t do anything.

Messi’s team was not going to lose, and the Argentine is already the King of the Camp des Loges, the Parisian training complex. The most important thing: finally, Messi feels like a soccer player again.

After breaking the internet and all social networks last week with his sensational departure from Barcelona, ​​Messi’s life gradually returns to regain a certain kind of normality. The madness of his arrival in the French capital, the scenes at Le Bourget airport, in the Parc des Princes and even outside his luxurious hotel located near the Champs Elysees, have made a strong impression on him.

Such a welcome from PSG fans may not have been expected, which makes sense: Messi had never changed clubs in his entire career, making this event the first of its kind in his life.

The “Messimanía” has been immense in Paris, in France and all over the world. On Saturday afternoon, the Parc des Princes exploded during the presentation of the Argentine star in the preview of the match against Strasbourg. The club put on quite a show, winning 4-2 after accelerating to take a 3-0 lead and Messi sincerely thanked everything.

The Messi family has always loved Paris as a city. His wife Antonela had frequently visited the City of Light to shop or attend Fashion Week, usually held between late September and early October. Together they have taken Thiago, Mateo and Ciro, their three children, to Disneyland Paris on several occasions.

Over the past week, the six-time Ballon d’Or winner has begun to discover Paris as a football city; And while he loves passion and euphoria, Messi also appreciates moments of calm.

Inside the Le Royal Monceau hotel, where he currently spends the night in a suite valued at € 20,000 per night, people leave him alone.

On Monday night, when he took Antonela for a walk for the first time to enjoy a romantic dinner alone, they went to Cesar, one of the best restaurants in the city, and where PSG players and multiple celebrities enjoy dining. They made the short journey from Avenue Hoche to Avenue de Wagram, on the other side of the Arc de Triomphe. Again no one bothered them, with the exception of two young fans whom he presented with autographs inside the restaurant.

As Messi adjusts to the city and its luxuries, it’s also time to get back to work.

In Sunday training, Messi was part of some “rounds” and then gave a lesson in humility to Idrissa Gueye at Teqball, a sport that combines elements of soccer with table tennis, played on a curved table.

The next day, his new teammates (or at least, those who had never played with him) got a glimpse of Messi’s talents during their first formal group training session.

Even despite the drop in level after not having kicked a ball for more than a month since the Argentine team’s victory in the Copa América, Messi was amazing, making a pleasant impression on everyone. He was the “free player” of the main training routine, which means that he participated with both teams in the small games. Everything seemed easy to him, but it was fantastic.

In Tuesday’s routines, DT Mauricio Pochettino paired Messi with Mbappé in the “2 against 2” exercises. Let’s say they made a very good pair and scored a lot of goals. Later, both figures were part of the winning team for the final routine of “6 against 6”, being the first time in which Neymar, Messi and Mbappé played together.

Smiles and laughter abounded on the pitch and in the dressing room, where Messi has made a place very easily. As expected, he was invited to the party for the 32nd birthday of Ander Herrera, held on Sunday at the midfielder’s residence. Neymar, Di María, Paredes, Navas, Marquinhos, Icardi and many others also made an appearance. Messi also enjoyed the barbecue organized on Sunday in the practice complex after training.

There is a certainty after Messi’s first week at PSG, despite the fact that he is just beginning his time at the club: the arrival of “La Pulga” has already increased the level of effort in training. “They all want to show him [a Messi] how good they are. You can see the difference even in the “rounds”. It has raised the level and the buzz in the place is also incredible, “a source told ESPN.

While it is true that Messi feels happy in training, awaiting the announcement of his official debut with PSG (being the most likely that he will play his first minutes in the visit to Reims on August 29), there is also the side more practical of the process of adaptation to a new team. The first item on the list: get a house for the family and a school for the children.

The Spanish school Federico García Lorca, located not far from the Champs Elysées, could soon welcome Thiago, Mateo and Ciro. When it comes to housing, Leo wants something similar to the property where he used to live in Castelldefels, with a swimming pool and a large garden. To achieve this, you will need to search the immediate outskirts of Paris, specifically suburbs such as Neuilly or Bougival (Neymar resides in the latter), although you could decide to stay within the limits of the French capital.

Pepe Costa, his personal assistant and in charge of taking care of him for many years at Barcelona, ​​has joined (as we expected) Messi in Paris. Luckily, Pepe should have no problem receiving good information about life in the City of Light. His son Álvaro is Neymar’s personal assistant.

As the player regains his full physical form, one thing is clear: Messi and his family are in good hands in Paris.