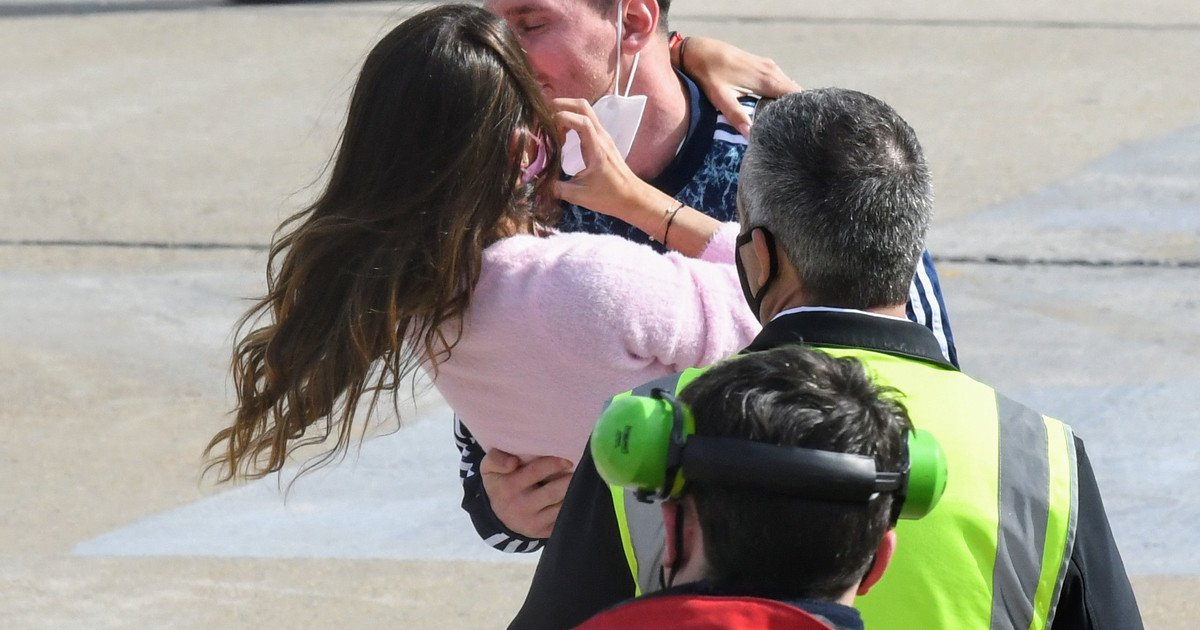 All on tour. No, there is no series of friendlies to accompany the celebration of the Argentina Selection for the conquest of the America Cup or anything like that … Everybody on tour like in the neighborhood, like the kids when they fully enjoyed the weekends without a pandemic. Hundreds of thousands of people who went to bed during the day after being hoarse in the Obelisk, a team that spent their time singing in the Maracana, in the locker room, on the bus, on the plane and in Ezeiza, more or lessanother handful of fans who settled at the gate of the property that even made it quite difficult for him to leave Leo Messi.

Is that after the campus landed at the Ezeiza Airport and arrived at the site. After a while in that concentration that worked like the home of the footballers for about 50 days, they were released and started to leave. They were leaving one by one, in private cars, trying to avoid the congregation of fans who were waiting for them at the entrance gate …

With more or less tumults, everyone was able to escape from the unconditional love that they generated during these seven matches in Brazil. Some to reunite with their families who have not seen for so long, others to quickly return to their countries of residence, each one to continue with his life as always, although now wearing the medal on his neck. Until he came out, Leo Messi …

The gray car with a black roof left the premises and as soon as the trunk appeared, everything went haywire. People right away He recognized that the captain of the Argentine national team was traveling there and jumped on the car. The anonymous driver had to bring out all his skills behind the wheel and dodge people, trees and everything that got in the way.

The car that was carrying Messi escaping through the pass in Ezeiza. (Photo: Capture TV).

Input he had to continue his journey leaving the street and traveling several kilometers through the pasture To advance, not even the seven police motorcycles managed to make way for him to crack. Just a while later, when he faced the ascent to the highway, he was able to return to the usual route to go on a journey.

Champion Messi went to his native Rosario, where Antonella, Thiago, Mateo and Ciro were waiting. Also his parents, his brother and the rest of his family. What will happen to LM10 in the nearest future? Still not known, he has to finish solving his continuity at Barcelona, But surely will take a few days off before … Sure, with the accomplished goal of having been champion with the National Team.

Leo when he arrived in Rosario and was reunited with his family. (Photo: JUAN JOSE GARCIA)