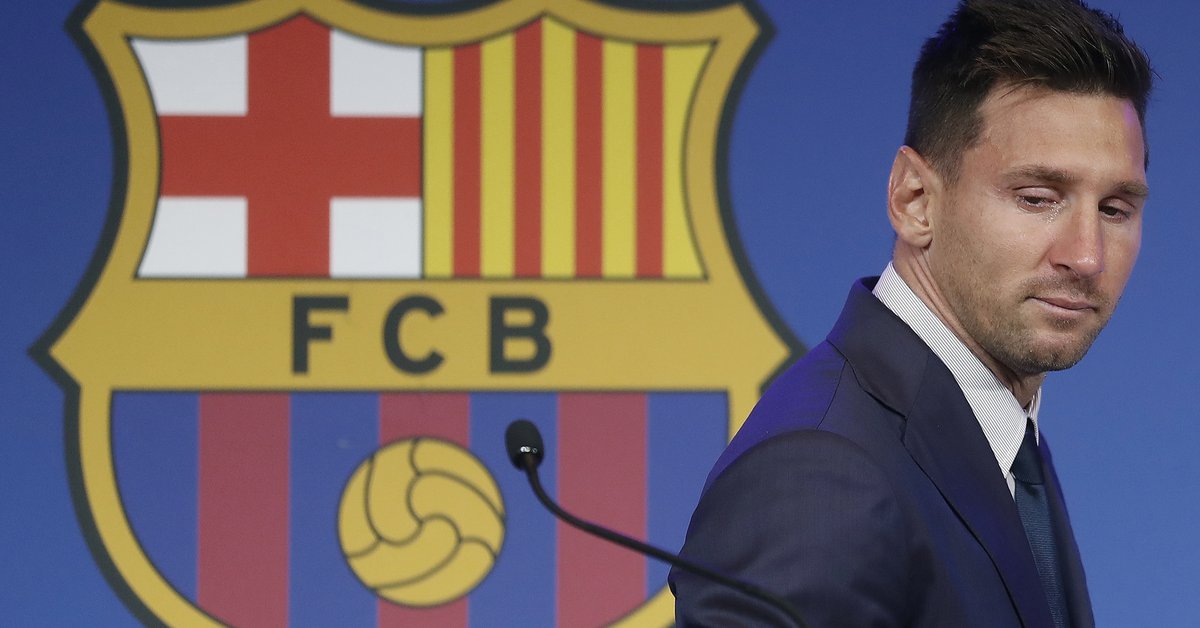 FC Barcelona’s strategy was ruinous for not having treated Lionel Messi as an asset. EFE / Andreu Dalmau / Archive


Barcelona ended up giving Messi away after paying him more than 500 million euros between 2017 and 2021, which in turn generated excessive wage demands from the other players on the squad who today have the club drowned in debt, for not treating it as an “asset,” wrote one investment expert.

Michael Moritz, a partner of Sequoia Capital, an investment fund with almost 50 years of experience, which participated, among other operations, in the development of companies such as Cisco, Oracle, Apple and Google (in fact, it financed part of the purchase of YouTube) says that, although football fans do not like to hear it, for a club its players are “active” and therefore must be treated as such and sold before their declining stage, when they already gave the best performances.

Manchester United, exemplifies an article published by the Financial Times, sold to David beckman to Real Madrid in 2003 in USD 34 million, equivalent to more than USD 100 million in the current “football market”, when he was 28 years old and had already given his best years to the English club.

Instead, Moritz says, Barcelona’s handling of Messi should be a Harvard Business Review case study on how not to manage a high-value asset. “Instead of selling it, the club kept paying him more and more until they had no choice but to remove it from their accounts.” The club forgot, he points out, that cemeteries are full of indispensable people.

Although Moritz recognizes that Messi is one of the best footballers of all time, loyal to the Club since he was 13 years old, the greatest scorer in the history of the Spanish League, six-time Ballon d’Or winners, as representative of Barcelona as Antoni Gaudí or the Gothic Quarter, says that the Catalan club should not cling to the past, but rather think about the future. Instead of getting a few more drops of juice from Messi, he should have sold him a couple of years ago and invested that money in “assets” with more future than past.

But he did the opposite: he paid the Argentine star more and more, which triggered higher salary demands from the rest of the club’s players – to which he agreed – which, added to a series of very bad purchases, ended up sinking him in debt. Moritz does not blame Messi or his father, who acted rationally, “responding to market conditions.” The real culprits, he says, were the leaders, who agreed to his demands.

“Instead of selling it, the club kept paying him more and more until they had no choice but to remove it from their accounts” (Moritz)

According to the expert, Barcelona committed an “investment hara-kiri”, paying him more and more until he had to let him go, for free. No investor, remember, is obliged to “buy” an asset. An alternative, very alien to the traditional football culture, would have been to have made Messi participate in the uncertainty about his future value.

If the data that has been disseminated is true, he says, the Catalan club paid him about 555 million euros between 2017 and 2021. There is something that shocks an investor or the corporate culture of the business world: how clubs pay so much cash salary (plus certain awards for titles won). If instead Barcelona had given Messi a share in the value of the Club, both would have won.

Of course, for that, football leaders should behave less like owners of a 19th century textile factory and more like a modern investor and make footballers accept the uncertainty about their future value. If Barcelona had paid Messi 50% in cash and 50% in participations in the Club, both would be better, says Moritz, who recalls that in 2001 two years before Messi’s arrival, the club’s annual income was USD 123 million , against more than USD 1 billion before the start of the pandemic. And when Messi debuted in 2004, the Club’s value was about USD 400 million, against USD 4.8 billion today.

Therefore, Moritz concludes, if Messi had been given Barcelona shares or options for about 10%, he would currently have close to USD 500 million, and the club would not be spreading money to pay the debt cemetery he created.

Pressure on the free dollar: the new stocks threatens to widen the exchange gap even more
Uruguay resumes its international air connections to reactivate tourism
Neither debit nor credit: why the use of prepaid cards skyrocketed and what are their advantages