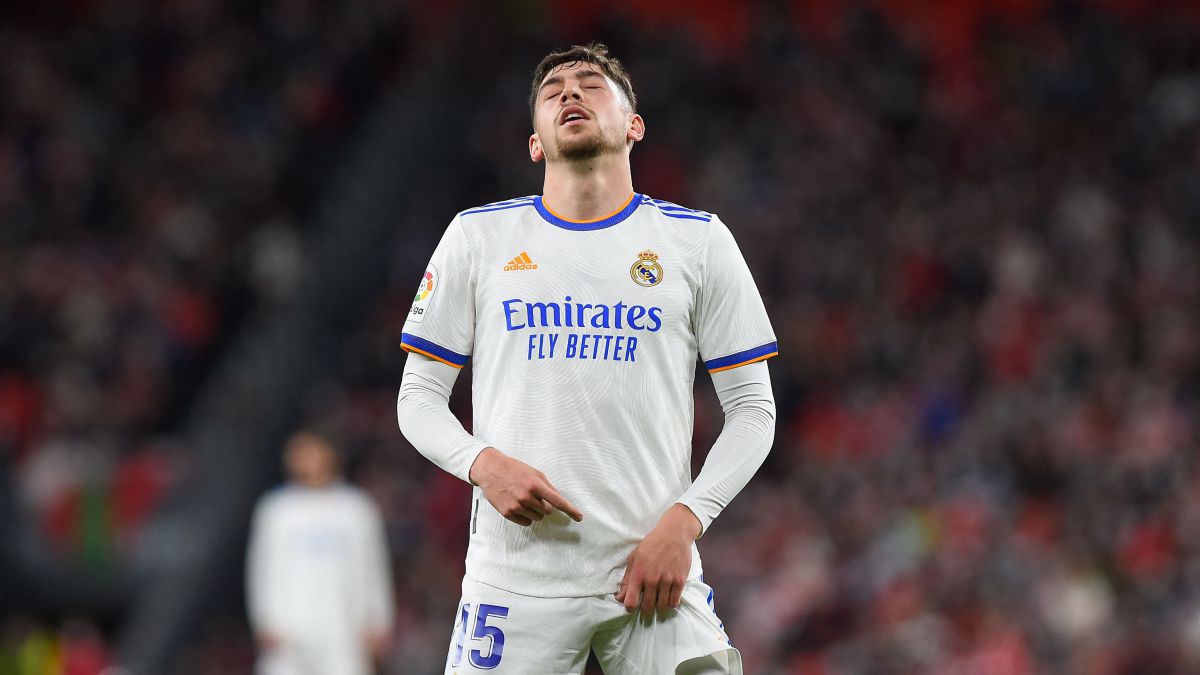 After Ancelotti’s declarations to ‘#Let’s go for Movistar Plus+’, the next to speak was Valverdewhich he did emphatically when asked about the alleged hardness of tickets suffered in Majorca. Likewise, he highlighted how complicated it is to train with the haze that is shaking Spain these days, the importance of Classic and that it arrives Benzema.


Training in the heat: “It’s been a bit hard, in fact I’ve had a cough. It’s hard to breathe. But it’s part of life, it’s time to move forward.”

Classic: “We know the responsibility that this game has, with all its repercussions, seen from all over the planet. The motivation is maximum because, if we win, we could distance ourselves even a little more”.

Team Physique: “The day in Mallorca was key and we managed to win. I see us well, very motivated, with responsibility for what happened on Sunday. Also wanting to enjoy the Bernabéu”.

Differences with the Clásico on matchday 10: “They are playing well, going for games, wanting to win. But we also have our weapons.”

Mallorca match toughness: “It’s a shame that among professional colleagues we don’t have a conscience. Here each one of us is risking our bread, yes, but you have to have a head not to do some things. You can go strong, but never with bad intentions”.

Vincius: “I always joke with him, because the rival wants to take the ball from you and he’s going to do it by hook or by crook. Everything is at stake and it’s normal, part of football”.

Racist insults: “That’s not part of football, quite the opposite. One thing is the passion for a shield and another, episodes like that. My full support and love for the teammates who suffer from these things.”

Benzema: “We know the quality he has and what he can contribute. We fight at the back to be able to give him the ball. Hopefully he can make it to Sunday”.

Message from Valverde to Maffeo: “You have to have a head…”