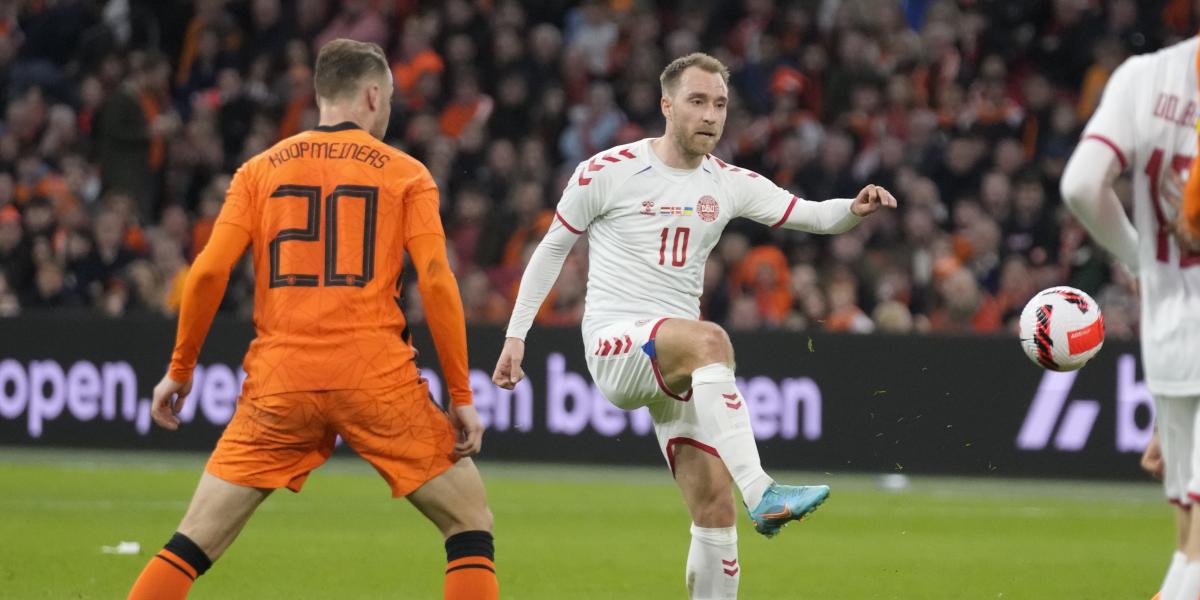 The Netherlands beat Denmark (4-2) in an entertaining and competitive friendly played at the Johan Cruyff Arena in Amsterdam. Memphis Depay, who started alongside fellow Barça player Frenkie de Jong, scored a penalty goal, Steven Bergwijn (Tottenham) scored a brace, but the great protagonist of the game was Christian Eriksen.

At 30 years old, the Brentford midfielder reappeared with Denmark nine months after suffering a cardiac arrest on June 12 during the European Championship match against Finland. After being implanted with a defibrillator, Eriksen proved to be in top form and, after receiving the applause of the fans and the Dutch coach Louis van Gaal himself when he took the field before the start of the second half, he barely needed three minutes to score a goal and was able to achieve another with a whiplash to the post.

The Netherlands started out in dominance and, after Kasper Schmeichel excelled with shots from Bergwijn and Memphis, the Tottenham striker opened the scoring by heading in Daley Blind’s cross from the left (16′).

However, Denmark, which like the Netherlands is already qualified for the 2022 World Cup, equalized immediately after Jannik Vestergard headed in a cross from Joakim Maehle before the false start of debutant Mark Flekken (20′).

Aké scores 2-1 also with a header

The 1-1 did not prevent the Netherlands from continuing to exercise their dominance under the guidance of Frenkie de Jong in leadership and Memphis with freedom in attack, although the 2-1 also came from a header after a great collective play that culminated in Steven Berghuis putting the center shot by central defender Nathan Aké (29′).

Another good combination, this time between Bergwijn and Berghuis, ended with the latter being brought down by Vestergaard and Memphis made it 3-1 on the scoreboard by converting the penalty (38′).

Eriksen’s entry into the break reinvigorated Denmark and, just three minutes later, the protagonist of the night nailed a shot for the top corner after a cross back from the baseline by Andreas Skov Olsen (48′).

The match entered an alternative phase. Depay insisted and only Schemichel prevented him from scoring again by covering his shot after escaping several rivals in a great run (62′). Finally, an assist from Frenkie de Jong allowed Bergwijn to face Joakim Andersen and place a tight unstoppable thread (71′).

Denmark still did not give up and Eriksen once again showed the world that he has returned to football at a high level and with the same quality as always. He received from behind, turned between two rivals and released a shell that repelled the post (74 ‘). His return to the national team level was undoubtedly the best news.