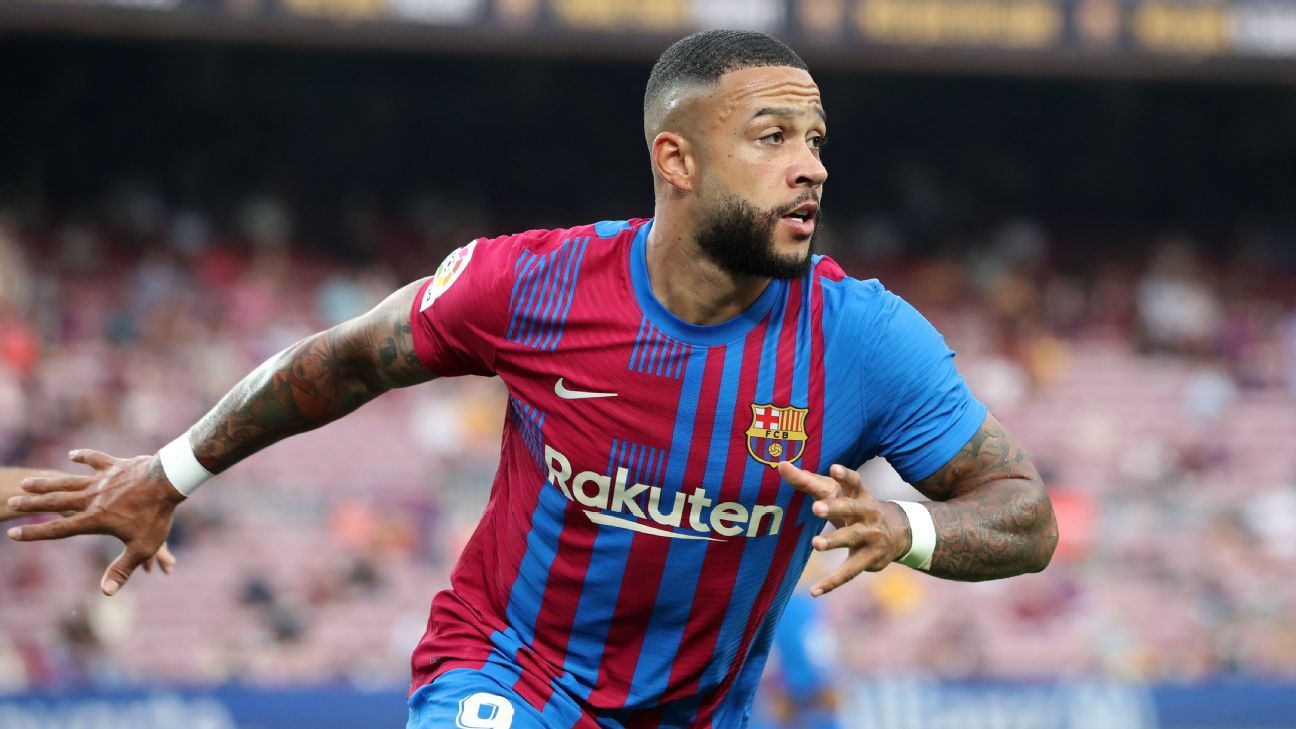 Memphis Depay fell on his feet in Barcelona. Ignoring all the media noise that swept the club in recent weeks on account of the terrible economic situation suffered at the Camp Nou and the earthquake that caused the untimely departure of Lionel messi, the Dutch forward, who had left great details during the preseason, put on the stripes in the league premiere and won the favor of a fans in need of new references with a presentation that lived up to expectations.

He scored his first goal hours before the clash against the Real society greeting the fans through social networks, “we need you by our side, let’s go culers, we are Barça!” . Is it going to happen to Messi? No. He comes to give what he has. What is much.

Memphis is not a 9 proper and it is not a 10 in its entirety. “It is a ‘nine and a half’ related to ESPN Digital, already at night, a high position of the Barça club who considered his arrival a “strategic” incorporation in the birth of this new Barça sports project, where the group will take a greater role, indisputable, after the unexpected divorce with the hero of the last decade.

Messi is gone. And Messi will never be there again but he Barcelona needs to move on showing that the greatness of the club goes beyond, much beyond, a specific player. And in this new reality, the presence, and presence, of the Dutch striker can be seen as providential so that the illusion that exploded at the Camp Nou does not remain in bloom for one day.

Free soul in the attack, entering the band, exchanging positions with Griezmann and Braithwaite, combining fluently, finding unthinkable gaps in the pass and fleeing from any selfishness, Memphis at times recalled Kluivert and sometimes Ronaldinho. His touch of the ball was superb, as Piqué acknowledged later, warning that he has a sensational thread, seen in the service of the foul that led to the head-butt of the central that caused the 1-0.

He intervened dragging defenses to free Braithwaite at 2-0, and gave an unexpected pass to Jordi Alba on the 3-0 play. Away but close to the goal, always, his significance in the Barça victory was as indisputable as it was applauded by the fans and grateful for his teammates, among whom stood out the reborn figure of Martin Braithwaite, who responded to his possible exit in this final stretch of the market with two goals and an assist that should have surprised more than one.

It is completely impossible for someone to fill the void left by Leo Messi in Barcelona and at the same time it is considered feasible, and desirable, that in the step forward that the whole team must take, a different figure appears capable of giving continuity to the collective game of this new Barça that is born from the ashes, ready to hit the table and lighting a new era that against Real Sociedad He enjoyed minutes of happiness, one would say that he was almost forgotten.

As difficult as it may seem, the Barça fans that met at the Camp Nou suggested that the mourning for the Argentine star should not turn off the illusion and it was demonstrated when ten minutes into the first half, and more than the second, the Shouts of ‘Messi, Messi’ were answered with timid whistles first and with shouts of ‘Barça Barça’ later. No, not at all, it would be about ugliness the figure of the eternal 10 and yes, probably, it would be understood as the need and desire to park depression and surrender to a new era that began with good flavor.

One by one, from the first to the last, the Barça footballers showed their people that they are something more, much more, than mere secondary players in the shadow of a player capable of taking all the spotlight on himself and, as the coach of the Royal Society, showed that at the beginning of the season they are in a position to present their candidacy to fight for all the challenges that lie ahead.

Memphis Depay is not Messi nor does he need to. Nor does he intend to make 10 forget, he could not, nor has he arrived at the Camp Nou to become the differential idol of a new Barça that began to walk with determination away from the shadows.