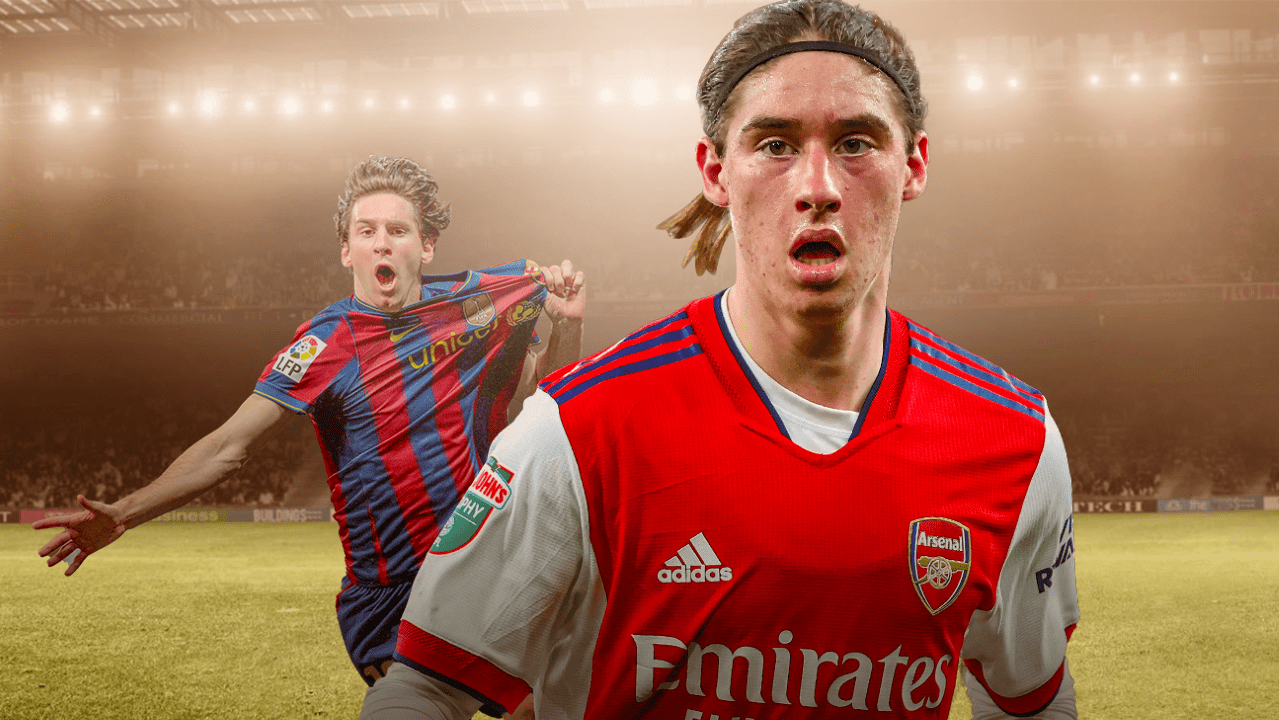 After participating in the tour of the Mexican Under-20 National Team through Uruguay, the Mexican Marcelo Flores left a good impression and received good reviews

Marcelo Flores left its mark on Uruguayan journalists during the tour that the Mexican National Team U-20 in that country. Reporters who came to see the Uruguayan promises were surprised to meet the youth soccer player of the Arsenalsame that amazed them with his way of playing, especially for his gambetas that reminded them of the beginning of Leo Messi with the Barcelona.

“In these cases you always have to keep your distance, obviously it’s still a project and you have to see how you can perform, but this type of player, one when you see how easy it is to get rid of rivals or that spicy to play, reminds you to those outbursts that the youthful Messi had, for example, that always comes to mind, in that type of case, ”he declared Nico Musettiwho works for salimo.uya ESPN.

The Mexican National Team U-20directed by Luis Pérez, had a tour of Uruguay in which he played three games between March 26 and 30. Marcelo Flores He started in all three, in the first they tied 2-2 against Peñarol and later beat the Uruguayan team twice, with a score of 2-1 and 3-2, in both the Arsenal footballer was the best man on the field of game.

“We met with Marcelo, who is a player who took a leap in quality for those games, he really was a player from another category, from another level, to the point that in the two games he played he scored two goals and two assists, crazy. The short dribble, I don’t want to sound exaggerated with this comparison, I don’t want to be bold, but the short dribble of the style of Messiwho seems to have the ball glued to his foot, that style that we like a lot on this side of the world, that dribbling was spectacular, he had it tied, “said Iván Buela, from the program Eastern Radio Hour 25 from Montevideo.

Beyond the contribution of Marcelo Flores to the Mexican squad, Lucia Hudemafrom the radio show pulling wallshighlighted the sacrifice shown by the 18-year-old footballer to help his teammates recover balls.

“I was struck by the fact that he goes down to three quarters of the field to collaborate and look for the ball, he is a player who moves throughout the front of the attack being a passing option to help his teammates, more to the extremes, he was very well physically.”

Musetti and grandma They admitted that initially their purpose was to meet the Uruguayan U-20 team, since at the moment they are without a coach. However, they were immediately surprised by the qualities that Marcelo Flores showed.

“I went to see what I found with the U-20, with what game system, what the coach proposed, what players he put in and it broke my eyes. We were surprised, we were with other journalists talking, we couldn’t believe because anyone can have a brilliant game. We realized that this boy was not the same as the other 21 he was playing, that he had something different, ”said Buela.

“I was going to see the Uruguayan team, which has a category with interesting names, and in one of the first actions of the game, the number 10 from Mexico had a lot of verticality and that easy dribble, that movement of the great players that one identifies even instantly. Surprised by that, by the ease of play and that spark, that impact, that intensity with the ball, which I think very few players have it”, were the words of Musetti.

Hudema go on Marcelo Flores conditions similar to those Hirving Lozano showed in his early days and hopes that the Arsenal footballer can be considered by Gerardo Martino for the Qatar World Cup 2022.

“It is one of the biggest future projections in the world of football. Obviously being 18 years old and standing out, because in the U-20 games he was the one who stood out the most, but by far, both from the Uruguayan and Mexican players”.