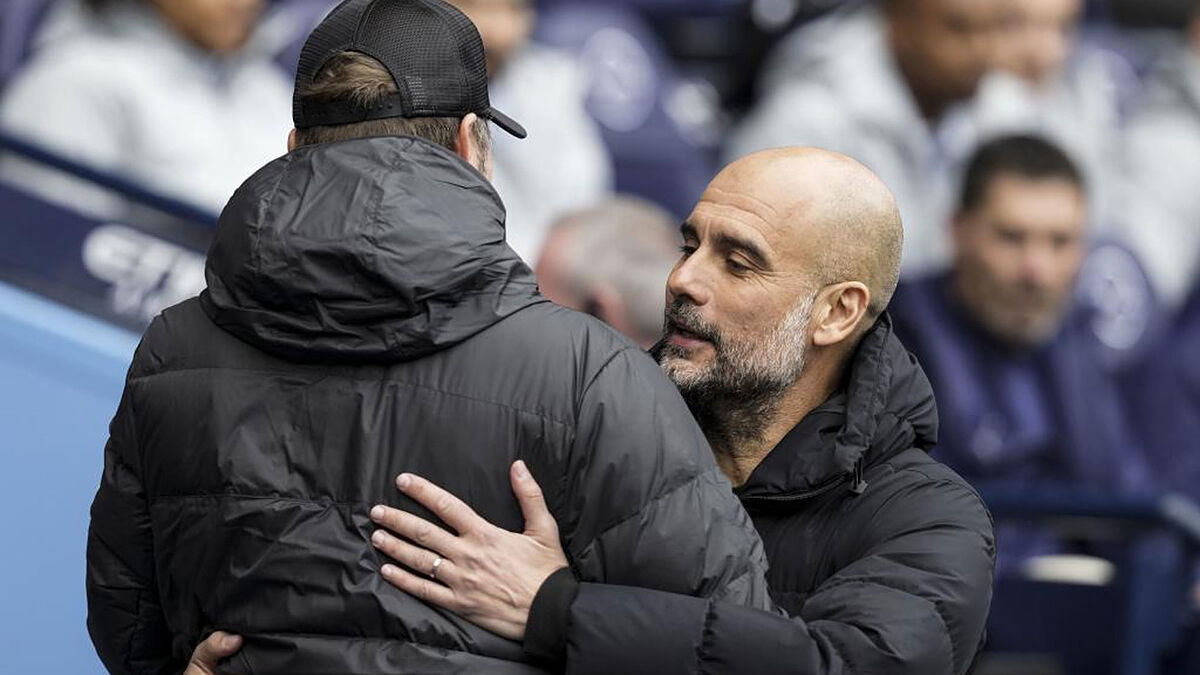 MAnchester City 0-2 Liverpool (minute 21): City is KO Two sparks from Liverpool have left them on the canvas

Manchester City 0-2 Liverpool (minute 18): Steffen and Man trust each other, before he hits, he throws himself and puts the ball into the goal. What a mistake. He played it like Ederson against Jota… and it went wrong

Manchester City 0-1 Liverpool (minute 11): Crner thrown by Robertson that Konat headed to goal. He already scored during the week against Benfica and repeats. He has 3 goals in the last three games, all three headed from corners. what a danger

Manchester City 0-0 Liverpool (minute 6): Slow pace for what Liverpool and City usually are. they are mediating

16:27: The teams jump onto the Wembley lawn. Another chapter of the great modern rivalry of English football is coming. Minute of silence for the 96 in Hillsborough.

16:26: 23 times Guardiola and Klopp have faced each other with nine wins for each and five draws. Today they can ‘break the tie’

16:23: The other semi-final is played by Crystal Palace and Chelsea tomorrow

16:22: The FA Cup is one of the few titles Klopp is missing with Liverpool. Guardiola achieved it in 2019. On the 150th anniversary of the trophy, both seek glory

16:17: Third City-Liverpool of the season. Second in the last week. The previous two in the Premier ended tied (2-2), leaving the ‘reds’ one point behind the ‘cityzens’ in the battle for the Premier seven days from the end

16:12: Klopp, who broke midweek in the Champions League against Benfica, recovers his gala eleven

16:11: THERE ARE ALSO ELEVEN FROM LIVERPOLL!

Villarreal’s rival in the Champions League semifinals comes out with…

16:10: Rota Guardiola after the duel against Atlético and Ederson, Gndogan, Laporte, Rodrigo and Mahrez are substitutes. Dias and De Bruyne, touched, start from the bench

Manchester City, Real Madrid’s rival in the Champions League semi-finals, comes out with…

16:07: Hello, hello! Good afternoon. Welcome to the FA Cup semi-finals. Welcome to Wembley. Six days after drawing (2-2) at the Etihad, Manchester City and Liverpool face each other for a place in the final. Follow the pulse between Pep Guardiola and Jrgen Klopp, who moves from the battle for the Premier to the Cup. A lot of atmosphere at Wembley. Let’s start!