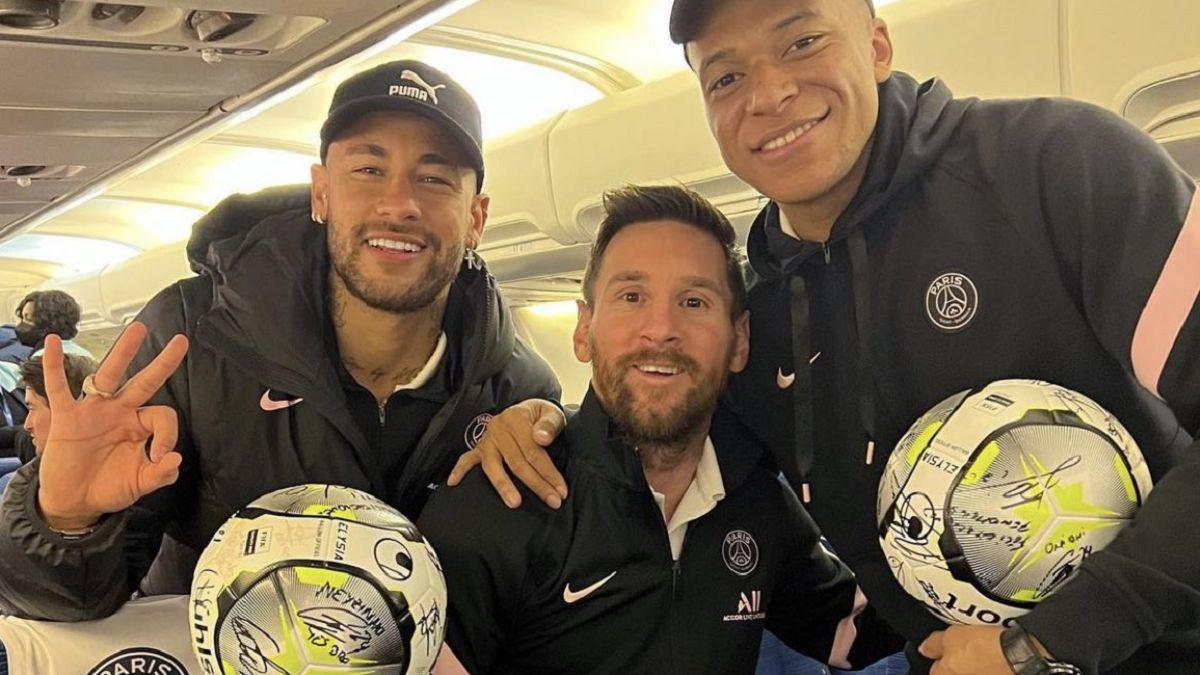 When Paris Saint-Germain announced the signing of Leo Messi last summer, few expected that the first exhibition of the ‘MNM’ would arrive in April. After 4 consecutive defeats away from the Parc des Princes (Nantes, Nice, Real Madrid and Monaco), the Parisian team stood at the Stade Gabriel Montpied with the intention of licking their wounds and ended up endorsing Clermont a win in which, at last, his magic trident shone full.

An Hattrick by Kylian Mbappé and another by Neymar, together with Leo Messi’s triplet of assistsdismantled a rival who remained in the game until the 70th minute, when the ‘MNM’ decided that the game had ended with 4 goals in just 12 minutes. 7 months later came the night that all fans of PSG and football in general were waiting forthe one to see perfectly coupled to a trident that showed yesterday that they are capable of understanding each other wonderfully.

It is no coincidence that L’Equipecritical throughout the season with the stars of PSG, especially with Neymar and Messi, gave them the best grades of the course yesterday. The Argentine was valued with an 8, “a little less prominent than his two fellow attackers”. While the French, “a poison for his rivals”, and the Brazilian, “inspired to play as simple as possible”they left with a ball each and a score of 9 to seal an outstanding game.

Mbappé: “A pity that it happens now”

However, the feeling that remains after such an exhibition is bittersweet, because this comes with the team eliminated from the Champions League and the Cup and with the League practically sentenced. The worst of all is that, perhaps, it may be one of the last occasions that you can seebecause Mbappé is still not renewed and time is running out.

In fact, Mbappé himself expressed himself in this sense at the end of the meeting. The French striker assured that they were “happy” and that they had “a lot of fun” of “road to that tenth title”. Despite this, he stated that “it’s a shame that it’s only happening now”, excusing that “there were circumstances and events that caused us to delay a little“.

The elimination of Champions, the competition that the club had between eyebrows, continues to weigh, something no one cares to hide. “We had a pain that is still present, but we must always be positive. We will continue until the last day, we will try to have fun like today“, he stated before asking for the “support of the public” for the Classic against Marseille, which will be played next weekend.

Bixente Lizarazu, world champion with France, was quite graphic in describing the late explosion and in the Ligue 1 context of the fantastic trio. He is very skeptical. “It’s good that they are like that now, but now it looks like the Harlem Globetrotters. The Harlem Globetrotters are good, but in exhibition games, not high competition. And then all this comes too late,” said the former national team side. from France on Telefoot.

Pochettino: “They needed time to get to know each other”

Mauricio Pochettino was also “happy” with the team’s display, but he is aware that he is late. “Many people did not want to listen. At the beginning of the season, they needed time to get to know each other better and find mechanics., everything we saw tonight. The preparation was shortened because we came from a European Championship and a Copa America. Besides, Sometimes the international breaks have been lengthened and we have not been able to have certain players for some matches”, explained the Argentine coach.

The PSG coach assured that until January they have not had “the necessary time to work normally” in circumstances “difficult for the players”. “As a squad we like the aesthetics, the beauty of the game, it’s football that we like. It’s important to finish in the best possible way in a difficult year for the club. For me, PSG have an incredible future ahead of them.”said the Argentine. We will have to see which players are in that future.