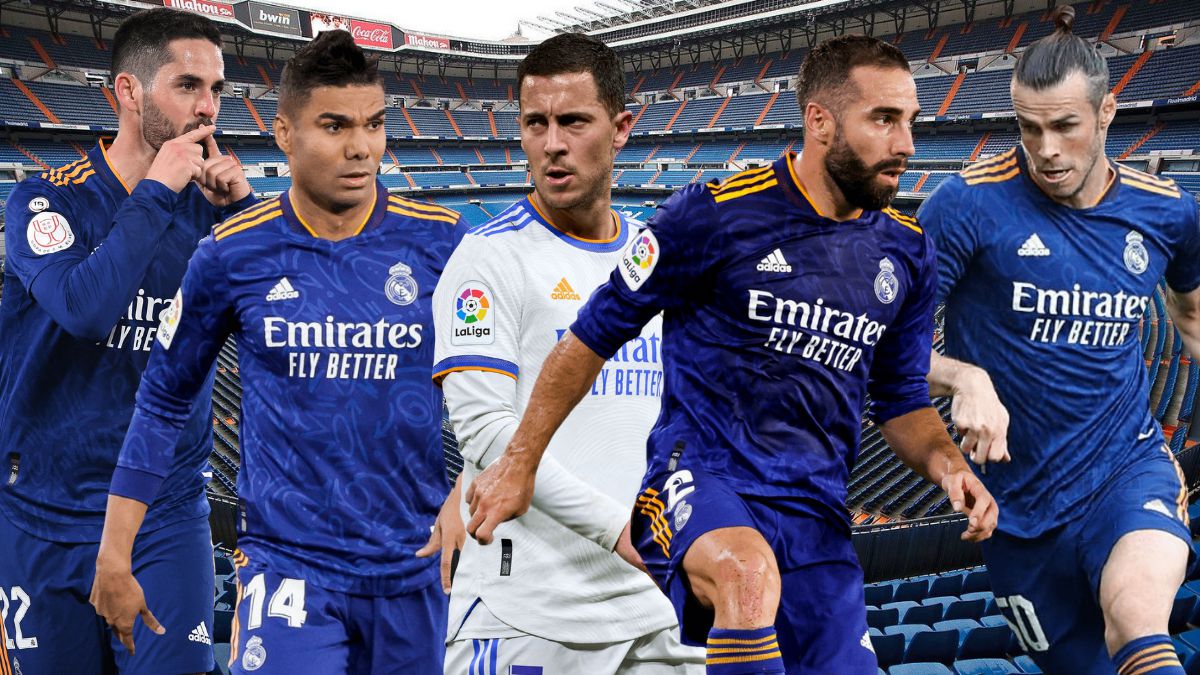 The specialized portal Transfermarkt has made a new update of the market values ​​of LaLiga Santander. In this case, the great beneficiary is Barcelona, ​​which sees how some of its youngsters stand out, as is the case of Gavi, the most revalued footballer in this cut. Before, it was worth 40 million euros, now it already does 60 and with clear progression to continue growing. Conversely, Casemiro is the one with the most severe fall, with ten million drops, the same figure as Ilaix Moriba.

It should be noted that not all players have presented an evolution in this new publication. The last one was last December 30 and, in it, Barcelona came out badly, with notorious declines in Frenkie de Jong, Dembélé, Sergiño Dest or Marc-André ter Stegen. Now, his trend is the opposite. And Madrid, which practically remained intact In the previous round, now he sees as a fundamental man how Casemiro goes from being worth 60 million euros to only 50.

His instability in the spinal cord in recent months and who knows if the future of the Classic have caused a significant devaluation of his market value, also the result of reaching thirty and already being less appealing to make a strong investment. Madrid is the team that has been devalued the most compared to December: -23.5 million euros. Even so, it is still the one with the highest value squad (€756.5M)with a clear difference compared to the second (€679M from Barcelona).

Casemiro is not the only one who accuses doubts at the Bernabéu: Carvajal, Jovic, Hazard and Bale lower two million euros. The side and the forward would already cost only 18 million. Worse is the case of the Belgian, who arrived as a great success for one hundred million euros and now would only be worth 16. Transfermarkt also clarifies that since he arrived hazard to Real Madrid in 2019, no player on the planet has been devalued in such a forceful way. balemeanwhile, is valued at €3M. Isco, that also fallscontinues to have something more of a poster: it is worth 7.5 million.

The fall of Madrid

Ilaix Moriba has also lost ten million euros in value, the same as Casemiro. She went to Leipzig looking for an opportunity, she didn’t find it and now in Valencia she also struggles to adapt. As a consequence of this, it costs €10M, compared to the 20 that it added up to now. unai lopez (-7) completes the podium for his substitutions at Rayo Vallecano. Koke is devalued from €40 to €35M, the same figures as Youssef On nessyri. It falls five, but starting from €30M (now 25), Mario Handsome. Maxi It was worth 20 and now 15. Renato Wall goes from 15 to 10.

Anthony Martial arrived in Seville as a world star, after a black year at Manchester United. At the moment, he has left little mark on Nervión, although he promises great performances. Even so, he has to pay the irregularity. Before he cost 32 million euros for Transfermarkt, now only 28. The tecatito Crownbetter adapted to Pizjuán than his partner, also dropped four million in value: from 22 to 18. For your, orbelin Pineda, barrenetxea, Dani Ceballos and Bryan Gil complete the top of the ranking.

The biggest devaluations of LaLiga

Grow at the pace of Gavi

Gavi’s year is difficult to explain. He started as a subsidiary player, but injuries gave him a place in the first team and there he has settled down to become a worldwide sensation. It goes, therefore, from being worth 40 to 60 million euros, although it is evident that an offer of that figure would be rejected immediately in the Camp Nou offices. His prominence is such that nobody in all of LaLiga Santander presents such a contrast with respect to the last update. However, there are many other players who grow because of their great performances.

The second in the podium drawer, in fact, is another commander of the competition: Joao felix. The Portuguese is worth 70 million, ten more than in the previous update. After going unnoticed in the past few months, he has already established himself as the leader of Atlético de Simeone, despite his youth. Danjuma (50) and Yeremy Pino (40) also cost 10 ‘kilos’ more. One for his goals, the other for his flashes and early growth. Gonçalo Guedes It shows the same growth as its rivals at Villarreal, thanks to the fact that it has taken a step forward with Bordalás and has led Valencia to the Copa del Rey final (€40M). The cup tournament, precisely, has also contributed to the great growth from sancet: from €5 to €15M.

The greatest growth in LaLiga

Vinicius is still the king

Despite numerous updates, Vinicius is still clearly the most valued player in all of LaLiga Santander. It should be noted that the market value of a footballer is not only conditioned by his performance, but also because of their age, years of contract or injuries. For this reason, the Brazilian, who would cost 100 million to his suitors according to Transfermarkt’s estimate, is dominant in the national league championship. Pedri occupies the second drawer of the podium, with a price of €80M, and the aforementioned Joao Félix is ​​third, with €70M.

The most valued players of LaLiga

In general, the Top 10 is occupied by the youth. Mikel Oyarzabal has not yet suffered from his serious injury and remains fourth, with a value of 70 million. Fifth, with the same price, is frekie’s Jong. Faith Valverde follows, with €65M price, the same as his partner Thibaut Courtoiswho does not show age compared to other members of this ranking thanks to his miraculous saves and the best form of his sports career. Gavi, ansu fati, Jules Koundé, Military, frames Llorente and Jan oblak complete the classification with €60M of value.