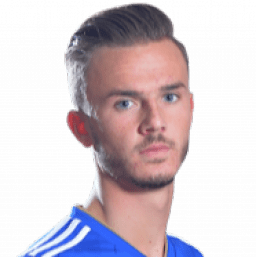 Problems for England ahead of the World Cup. Leicester footballer James Maddison has withdrawn injured from the match against West Ham. The English international, who has entered Gareth Southgate’s list for the World Cup, he was substituted in the 20th minute of the match by Praet with discomfort in his right knee. On the way to the bench he did not have a good face. The World Cup starts in eight days.

Curiously, Maddison had opened the scoring against West Ham with a great left-footed shot from inside the box that Fabianski could do nothing about. Minutes later, he felt discomfort and threw himself on the ground to cause the change. The midfielder is in a great state of form, with eight goals in 15 games in the Premier League, and is postulated as an important player for England in the World Cup. There is still no official report on the extent of the injury, but their participation in the World Cup hangs in the balance. If finally the injury is serious, it would be very bad luck for the star of the leicester.

“He’s fine. It was just a precaution, because he has a little pain on the outside of his knee.. Was nothing. She hasn’t trained as much this week. She had some lighter days. She wanted to try, but she felt that when she reached out and ran, there was only a little pain. We didn’t want to risk anything for him,” explained Brendan Rodgers at the flash-interview at the end of the match. The England manager gave England national coach Gareth Southagte some relief in believing that James Maddison should be fit for the start of the World Cup.

Along the same optimistic line was his teammate Danny Ward: “I think he’ll be fine. I think it’s okay. Hopefully, knock on wood, so he can show the world what he can give, ”said the goalkeeper of the foxes.