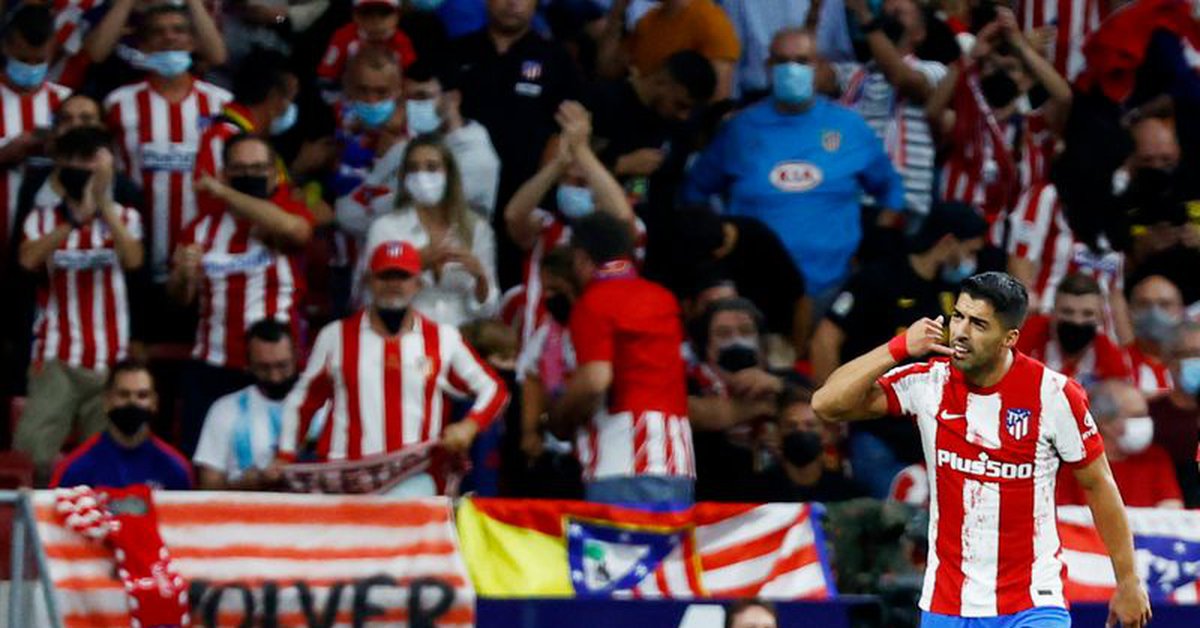 The suggestive celebration of Luis Suárez against Barcelona. A message for Koeman? (REUTERS / Sergio Perez)

Luis Suárez knew how to be a key player in Barcelona for several seasons (he is the third top scorer in the club’s history with 198 goals, only surpassed by César Rodríguez and his friend Lionel Messi), but the arrival of Ronald Koeman as technical director took away all kinds of status inside the campus and ended up marking the exit door.

Despite the passage of time, that wound still does not seem to have healed. In dialogue with ESPN, the Gunman he again aimed against the Dutch coach. “I think I did not deserve the way I left, because if you have so much authority, you take me head-on, hand-in-hand, you explain everything to me and then you don’t tell me that if my contract termination is not closed on Wednesday, they will count with me for the Villarreal game. They sent me to train in field three, which is separate. They are things that one does not forget, “he said.

This break was in evidence last weekend, when the 34-year-old Uruguayan He celebrated his goal against the Culé by emulating a telephone call. This choice would not be hazardous, since Koeman communicated to him by means of a call that he was not going to take it into account and that a destination should be sought far from the Barça entity.

However, Suárez does not like the hard present that his former club is going through: “Seeing what is happening hurts as Culé that I am, because I took a lot of love for the club, he gave me everything. He trusted me at a difficult time in my career. It hurts for the friends I have there, for the friendships, for the people who work inside on a day-to-day basis, it hurts to see it like this”.

The blaugranas They are in the eighth place in La Liga with 12 units (five less than the leaders Real Madrid, Atlético Madrid and Real Sociedad), which leaves them out of the positions that grant a ticket to international competitions. In addition, they started their way into the Champions League with 3-0 losses to Bayern Munich and Benfica.

“Last year it was strange for me to go back to the Camp Nou and have Messi as a rival. Now It was strange not to see Leo with the Barça shirt, but things happen for some reason. Now he is in Paris and I am at Atlético and nothing has been done, we were both at Barça ”, he added.

During the interview he also pointed out his good present at Atlético Madrid (he was vital in obtaining the title last season) and explained the reasons for his success. “Have the trust of colleagues, staff, fans … They trust my potential and what I can contribute, they believe in me and that makes you feel important”, He outlined.

The Uruguayan, who is currently focused on the triple FIFA Date that he will play with his National Team (he will face Colombia, Argentina and Brazil), has five goals and one assist in 10 presentations this season with the red-and-white shirt.

Suárez also praised the strong union that exists within the dressing room of the team led by Argentine Diego Simeone: “There is a spectacular atmosphere in the squad”.

A message for Koeman? The peculiar celebration of Luis Suárez in his goal against Barcelona
Another bomb that makes Barcelona stagger: Luis Suárez assured that “there is an internal war” that harms the squad
Messi was photographed with a music star: the particular comment of Luis Suárez’s wife for Antonella Roccuzzo