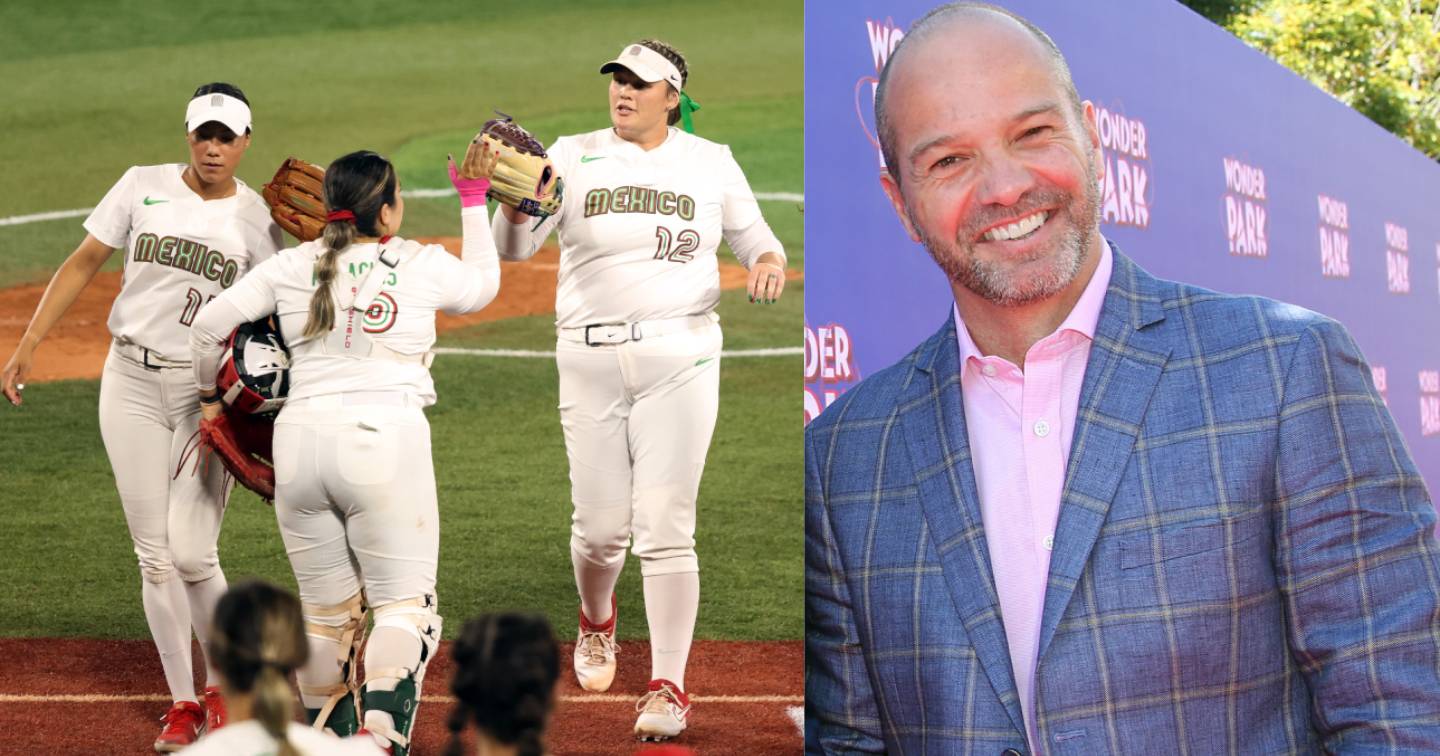 Luis García, a commentator for TV Azteca, defended the players of the Mexican softball team after their participation in the Tokyo 2020 Olympics, they threw some of their uniforms in the trash.

García, who played for the Mexican national team and different soccer clubs, including Atlético de Madrid, wrote on his twitter account: “I participated in the 1996 Atlanta Olympic Games. I wore two uniforms, one green and one white. At home I don’t have either one, and that doesn’t make me a better or worse Mexican. Let’s stop with the cheap fucking jingoism! “

On that occasion, the Mexican team, which was directed by Carlos De los Cobos, only achieved one victory, against Italy, then drew against South Korea and Ghana, for which they obtained the leadership in the group stage and were finally eliminated in the quarterfinals after being defeated by Nigeria.

Luis García then shared two photos in which he is seen wearing the uniforms of that Olympiad in the United States, one green, with white stripes; and another white, with red lines.

Faced with a question from one of his followers, the ex-footballer assured that he did not have the uniforms of the world cups he attended either, “I don’t have them either, and that in the 94 World Cup I put in a couple of fabulous jerks, damn it! “.

The Mexican footballer was part of the national teams that participated in the 1994 World Cup in the United States, where he scored two goals against Ireland, and in France in 1998.

On her opinion about the criticism against softball players, her colleague, ESPN host David Faitelson, also agreed, who quoted her message and wrote: “better explained, impossible.”

Hours before, Failtelson had written an opinion in which he described the reactions against the athletes as exaggerated, “What a scandal in Mexico for the uniforms of the softball team! Nor does it seem to me that we should take this issue to a dimension more than which it really is. They were wrong, period, but nothing to do with nationalism and neither should the PGR open a file on them. Ridiculous! “

Regarding the case, one of the team members, Suzannah Brookshire-Gonzales, shared a statement on her Instagram account in which she apologizes for what happened: “We are sorry that the actions of our team have caused such disappointment to our fans and Olympic fans. in all the country. Each of our team members worked hard to enter the Olympics and be able to represent our country. “

The statement continues: “We are proud to wear the colors of Mexico and give hope and inspiration to other young people of Mexican descent. We had no intention of disrespecting our country or our flag. We had no intention of ignoring what it means to be in the Olympics for so many. We took home all of our game uniforms, embroidered clothing, and softball gear, which could fit in a single suitcase. We understand that that is no excuse for giving the impression of contempt for such a historic event. “

VIDEO | Young man panics after being vaccinated and ends up applauding