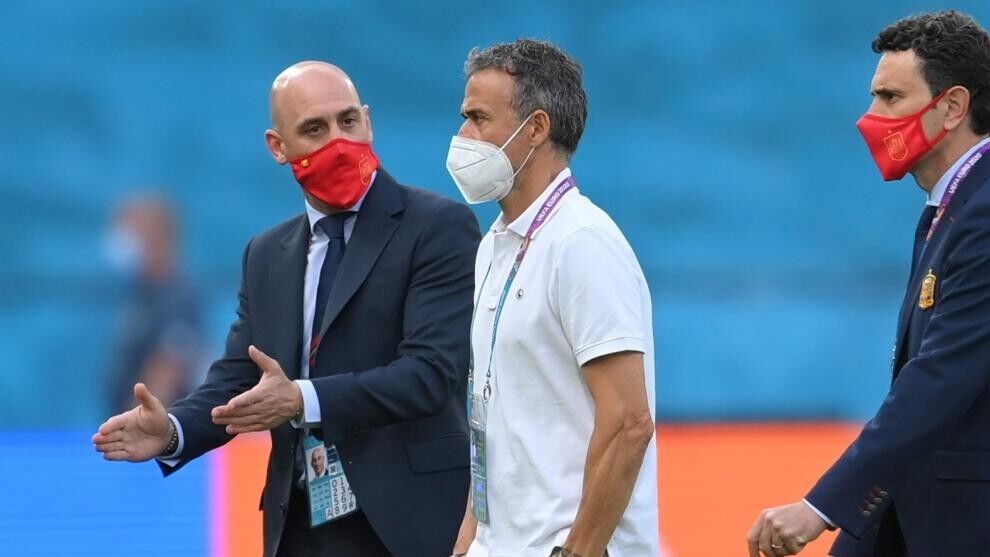 Spain is not going well. Whoever says otherwise is a lie, but there is still hope and life ahead and everything will be decided in next Wednesday’s game against Slovakia. Criticism for everything and everyone has appeared everywhere. Even before the start of the Eurocup, he questioned what he did, what he did not do and what he could do Luis Enrique. The weather has not caught the Federation, technicians and players off guard. They knew what could happen.

As soon as the triumphs have not arrived (Spain is not playing well and until now it has been unable to win at Sweden and Poland), the critics have multiplied. They consider that some lack the least respect, but as they expected something like that, it has not been caught unexpectedly. “We were prepared. We knew that very few would help usr in similar circumstances “, they happen to affirm from the City of Football.

The credit of any technician in the world of football is unlimited. The results rule and Luis Enrique himself acknowledges that things are not going as expected. But from there to saying that he is questioned, that his position is in imminent danger, there is an abyss. That debate will be for when the Eurocup ends and its continuity or not at the head of the selection can be questioned.

His contract ends coinciding with the Qatar World Cup and from the Federation believe that it is not the right time to talk or speculate about the future of Luis Enrique. Another thing is what he may come to think in case the selection does not manage to step on the round of 16, something that would put into question what the Asturian did.

The lawn is more worrying

Of course there is concern because the machinery does not finish starting, but above all about the distancing that exists with the public that attends La Cartuja and with the fans in general. They believe and maintain that it is a predisposition prior to the start of the Eurocup and that the doubts raised have multiplied it.

Luis Rubiales continues to believe that Luis Enrique is the right man and that a result will change that negative trend that surrounds the national team. He continues to maintain all his support for the coach, both in public and in private. The technician is ultimately responsible for each and every decision and as such fully supports you.

In the Federation there is much more concern with the puncture in the form of the poor condition of the pitch of the La Cartuja lawn, of what can be said about Luis Enrique. They admit criticism, but the coach is not up for debate at this time.

In this matter something has gone wrong, which has caused some tension between the Junta de Andaluca and the Federation, that he stood up for Seville to be chosen as the venue and that the last thing they imagined was that the grass, the most important thing, was not going to be up to the task.

There is one game ahead to achieve the minimum of the objectives, which is none other than being in the eighth. The atmosphere is not the best, but they continue to trust Luis Enrique’s Escaa.