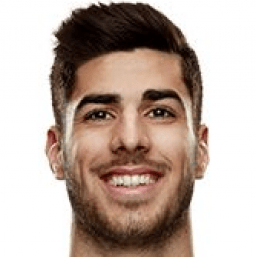 Marco Asensio is one of the players who can shake up the market this summer. The Balearic has only one more year left on his contract with Real Madrid and there are several clubs that have him on their agenda. In this sense, Liverpool is one of those that has already conveyed to the Madridista’s entourage that they like it.

Apart from the recent signing of Darwin Núñez, the European runner-up seeks to fill the vacancy left by Mané with another footballer and Asensio’s profile would fit him. Nevertheless, The Real Madrid player is still looking for a project that practically guarantees him ownership, something that does not seem to happen at Liverpool taking into account the presence of Salah, Darwin Núñez, Luis Díaz, Darwin, Diogo Jota…

Be that as it may, Marco Asensio is on vacation and is in no hurry to make a decision about his future. The Spaniard has put his future in the hands of Jorge Mendes a few months ago, which gives him the peace of mind of knowing that he will sign an important contract if he leaves Madrid this summer. The transfer market has only just started and the Asensio soap opera seems long.

Milan, for its part, wants to go back to fishing for Real Madrid. The Rossoneri are delighted with both Theo Hernández and Brahim, who want me to continue, Y They have identified in Asensio the perfect reinforcement for their attack. With the victory of the scudetto, now the Italians aim to go further also in the Champions League and the Balearic would bring the quality and international experience they are looking for.

The Milanese club began contacts for several weeks. Now, the player’s representative is Jorge Mendes, with whom they are negotiating the renewal of Rafael Leao and the incorporation of Renato Sanches. The good relations with Madrid, moreover, favor negotiation, but from Milan, at this moment, only pessimism is filtered about the case.

First of all, for an economic issue. Real Madrid ask for 40 million euros for the transfer, too much for the Italian champion, who can put on the table, at most, about 30 ‘kilos’. Then there is the question of salary. It is impossible for Milan to assure him a salary of 6 million net as the interested clubs in the Premier can do. Maldini and Massara can reach about 4.5 million net and some variable.

Another obstacle would be the will of the player. At Milan they are convinced that Asensio does not want to leave Real Madrid, that his absolute priority is to stay. His latest statements during the national team break confirm this (“There is a third possibility; that I complete my contract year…”) and, in addition, C itselfCarlo Ancelotti, who appreciates him very much, revealed two months ago that he would try to renew him, something that is happening these days. These are difficult obstacles to overcome, and the Rossoneri know it. But they love Asensio, and they haven’t given up yet.

Liverpool have their eye on Asensio